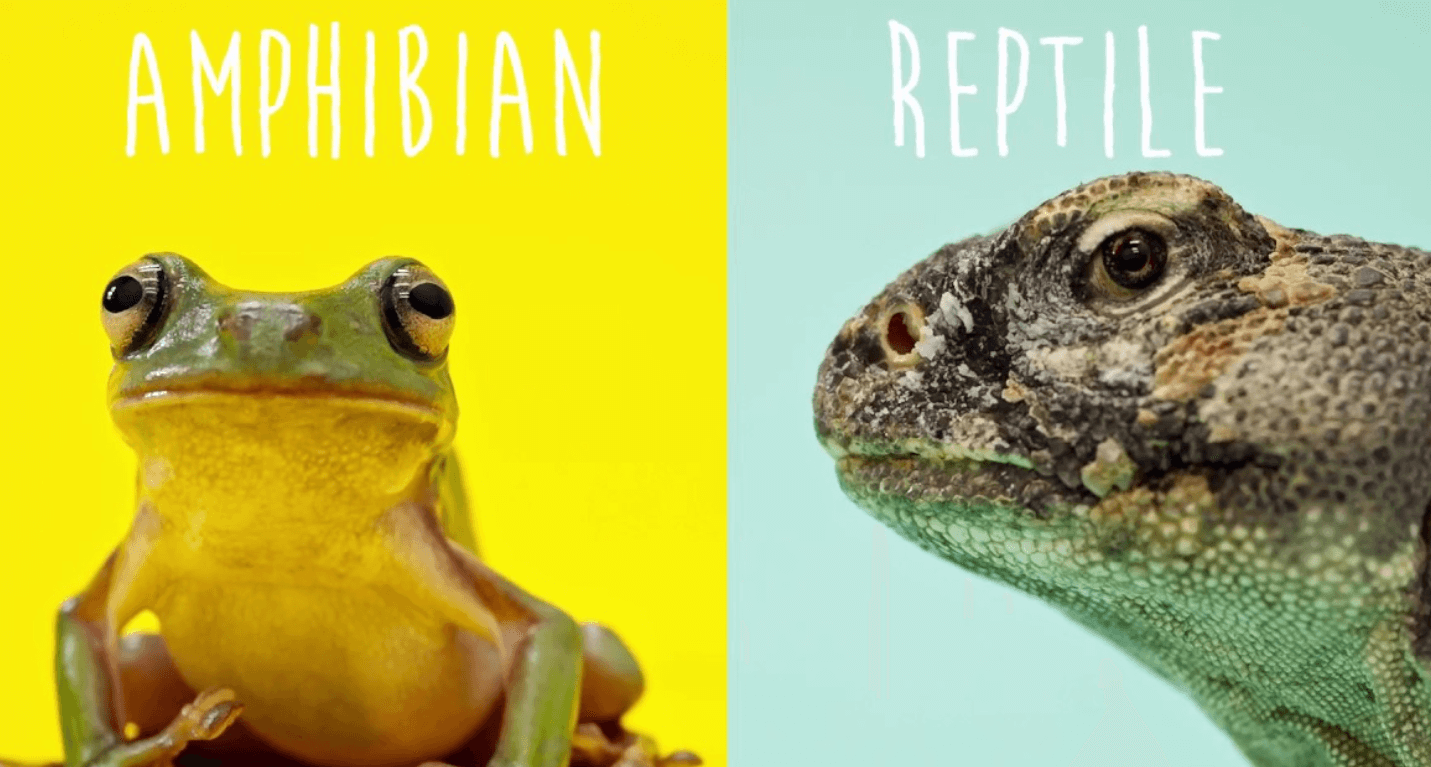 Why is it difficult to differentiate between amphibians and reptiles?

It must be borne in mind that when it comes to differentiating between amphibians and reptiles, it is normal to get confused since, at first glance, these are two types of animals that have many similarities. On the one hand, they are animals of similar appearance, even in the colors of their own body, since many of them have greenish and brown tones, which makes them seem closer than they are. On the other hand, when we think of amphibians, one of the classic definitions of this group of animals is that they are animals that live in the water as well as on land. However, this definition could also be applied to many reptiles, which means that the dividing line between one and the other can not be established solely by the environment in which they live and develop.

In addition, if all the above were not enough, both types of animals reproduce through eggs, which makes it not easy to distinguish them by the form of reproduction. However, despite this, it is in the way of reproducing where we are going to find the first differences between them.

How do reptiles and amphibians breed?

As we have seen, both are reproduced by eggs. Despite this, there are substantial differences between the eggs of the amphibians and those of the reptiles, which will give us a first idea of ​​what characteristics make them unique and differentiate them from the others:

The eggs of reptiles are eggs that have a hard, waterproof shell, very similar to the eggs that can be found in the kingdom of birds.

In contrast, amphibians have soft, hard-shelled eggs that waterproof them, which makes their eggs look much like fish eggs.

In fact, the difference is such that reptiles are referred to as amniotes, that is, their embryos have a membrane that protects them during their development. On the contrary, animals that do not have this protective membrane, such as amphibians and fish, are called anamniotas, that is, without a membrane.

In addition, beyond the type of eggs that are laid by each other, another factor that differentiates amphibians and reptiles in the field of reproduction is found in fertilization:

In the case of reptiles, all of them have an internal fertilization, that is, the male must deposit the semen inside the female so that fertilization takes place.

Characteristics of amphibians and reptiles

However, the differences between amphibians and reptiles go beyond the reproductive characteristics of each other. First of all, one of the easiest differences to observe is going to find it on your skin:

In the case of amphibians, they have a moist, very soft and permeable skin.

On the contrary, reptiles are characterized by having a skin formed from keratin flakes, which is a substance present in many animals and which forms solid and resistant tissues, such as part of the nails and hair of mammals , including humans.

Likewise, another of the great differences between amphibians and reptiles will be found in their offspring:

Once they hatch, the reptile hatchlings are fully formed. That is, despite their small size, they have fully formed bodies that will grow gradually until they become adults.

On the contrary, the babies of the amphibians, at birth, will not have an adult body, but will have to go through different metamorphoses until completing their biological cycle. A good example is found in frogs, which will be born as tadpoles, without hind legs or front and tail. After several metamorphoses will be when they develop the legs and lose the tail, which will allow them to become adult frogs.

Finally, another feature that differentiates amphibians and reptiles is found in their breathing form:

In the case of reptiles, all of them, and throughout their life cycle, will have only lung breathing, adapted to life on land and oxygen present in the air.

On the contrary, amphibians will go through different breathing phases. In the case of the youngest pups, they will have branchial respiration, just like the fish and adapted to life in the water. On the contrary, only when they are adults, will be when they will develop the lung breathing characteristic of the animals of the mainland, and, in spite of this, they will conserve their entire life of cutaneous respiration, which will allow them to take oxygen through the skin. besides doing it through the lungs.