Gonorrhea; commonly called “the clap,” is a venereal disease characterized by an inflammation of the mucous membrane lining the genital tract and the urethra, the canal carrying urine from the bladder to the outside. The infection, which is almost always transmitted through sexual contact, is caused by the bacterium Neisseria gonorrhoeae. Following invasion of the genitourinary tract, the bacteria may spread to other sites, causing extragenital infections such as arthritis (inflammation of the joints). Since the development of antibiotics, gonorrheal infections are usually brought under control before they spread, and such extragenital infections are now rare.

The true prevalence of gonorrhea is unknown because of problems in diagnosis, antibiotic therapy by nonmedical persons, incomplete reporting of cases by physicians, and the presence of many undetected female carriers. It has been estimated that more than 1.5 million new cases of gonorrhea occur annually in the United States. According to the World Health Organization there has been an increase in the number of reported cases in Europe and the Americas since the early 1960’s.

Gonorrhea is primarily a disease of the sexually active, and most cases occur in people between the ages of 15 and 24. Gonorrhea rates are higher in military personnel, migrant groups (such as itinerant laborers and seafarers), homosexuals, and prostitutes. 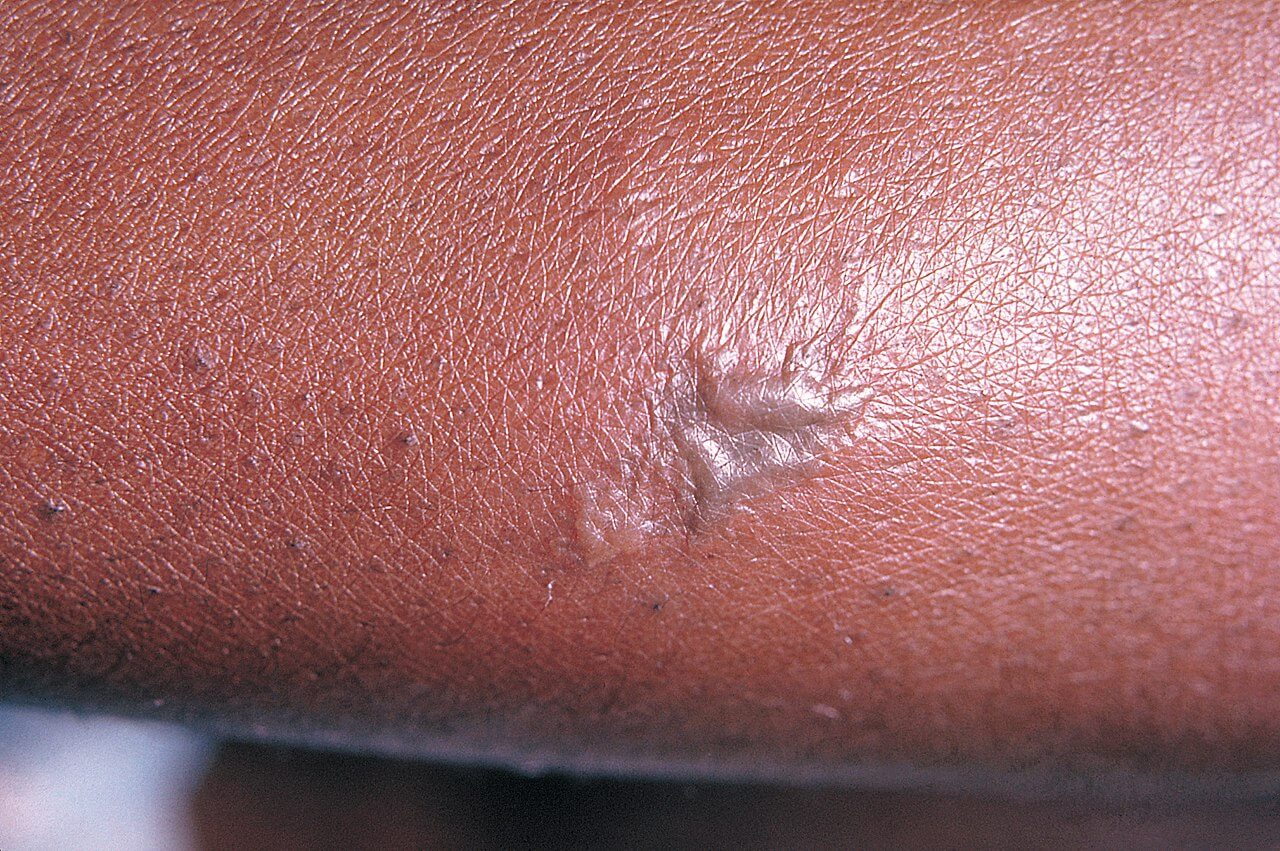 The gonorrhea bacterium is a gram-negative coccus that was first described in 1879 by the German bacteriologist Albert Neisser who foııri’d it in exudates from patients with the disease. In stained smears of exudate the organisms appear as diplococci (pairs) resembling a pair of kidney beans. When grown in laboratory media, the bacteria are oval or round, and they occur singly, in clumps, or in pairs.

The gonococcus is a parasite of man and does not cause disease in other animals. The only forms of gonorrhea that are not necessarily transmitted through sexual contact are gonococcal conjunctivitis, which occurs primarily in infants, and gonococcal vulvovaginitis. Gonococcal conjunctivitis results from the passage of the infant through an infected genital tract or from contamination after birth. Gonococcal infections between the ages of one and adolescence are very rare in males but in females cause vulvovaginitis. This infection results from sexual contact with infected adults or, rarely, from contact with contaminated towels or linens.

An episode of gonorrhea confers little or no immunity to subsequent infections, and repeated attacks are comrnon. However, individual variation in susceptibility has been demonstrated. Trauma (injury) to the urethra probably increases susceptibility to gonorrhea. Gonococci may remain in the genital tract for months following an episode of acute gonorrhea. Chronic asymptomatic carriers of the bacteria (usually women) are important in the epidemiology of gonorrhea because they are difficult to detect and are therefore rarely treated.

COURSE OF THE DISEASE

The symptoms and course of the disease differ somewhat between men and women. In both men and women, however, the disease may spread to other parts of the body, causing extra-genital infections.

Gonorrhea in the Male.

In males the urethra is attacked flrst, resulting in purulent (pusproducing) urethritis and involvement of the urethral glands (mucous glands in the wall of the urethra). The incubation period of gonococcal urethritis is usually 2 to 8 days. Then, there is a sudden onset of dysuria (burning sensation on urination) and urgency and frequency of urination associated with a mucoid urethral discharge that rapidly becomes profuse and contains pus. A direct spread of the infection may result in inflammations of the prostate gland, the seminal vesicles, or the epididymis, the coiled tubule leading from the testis to the urethra. Gonococcal urethritis usually does not cause fever, but prostatitis, seminal vesiculitis, and epididymitis are frequently associated with fever. Acute urinary retention may result from involvement of the prostate gland.

Untreated gonorrhea subsides over a period of several weeks, but a small amout of mucoid discharge from the urethra may continue to be present each morning for months after the episode. Urethral stricture (narrowing) is a common result of untreated urethritis, especially after recurrent attacks of gonorrhea, and epididymitis may result in sterility.

Gonorrhea in the Female.

In the female the disease may begin with symptoms of urethritis after an incubation period of 2 to 8 days. However, the urethritis is usually of short duration and is often mild or completely asymptomatic. Often, the Bartholin’s glands and Skene’s glands become infected, as well as the glands of the cervix, whether or not the urethra is involved. involvement of the Skene’s glands or Bartholin’s glands may result in the formation of abscesses in those structures, and cervicitis produces a purulent mucoid discharge. If the gonorrhea remains localized in the lower genital tract and is untreated, the symptoms usually last no longer than a month or two. However, the patient may remain a carrier of the disease for many months.

Occasionally, gonococcal bacteria invade the bloodstream and produce infections at distant parts of the body. Joints are the most common extragenital sites, but the tendons, heart valves, meninges, skin, and other structures and tissues may become infected.

Inflammation of the joints (arthritis) usually occurs within 1 to 3 weeks after the initial infection in the genital tract and is often accompanied by fever. The patient develops fever and hot, swollen, and extremely painful joints. The joints most commonly involved are the knees, ankles, and wrists, in that order. Tenosynovitis (inflammation of the tendons) is rarely seen in other types of bacterial arthritis but is common in gonococcal arthritis, occurring mostly about the wrists and ankles.

Gonococcal bacteremia (bacteria in the blood) is rare and produces a syndrome of recurrent episodes of fever, skin lesions, arthritis, and constitutional symptoms. This syndrome is most common in females and can recur over a period of months or even years.

Infection of the rectum may also occur with gonorrhea. Although usually asymptomatic, rectal gonorrhea can cause buming pain and blood and pus in the stool. Rectal gonorrhea in males, but not in females, is almost always the result of rectal intercourse.

The combination of urethritis and the presence of intracellular gram-negative diplococci in smears of exudate from the urethra are good indications of gonorrhea. Confirmation of the presence of the disease is obtained by culturing the organisms.

Gonorrhea is often asymptomatic in the female, and the diagnosis should be suspected in any female contact of an infected male. Chronic carriers of gonococci are difficult to detect. In the suspected male carrier the secretions of the prostate should be examined as well as those of the urethra.

Penicillin is the drug most often used to treat all gonococcal infections, and with adequate doses the cure rate is over 90%. The urethritis should subside within 2 or 3 days after the administration of penicillin, although a slight watery discharge may persist in males for weeks. Relapses occur most commonly during the first week after treatment, and a culture should be obtained one( week after therapy and, if possible, at two more weekly intervals. If a relapse occurs, the patient should be treated with twice the original dosage.

Patients with gonococcal prostatitis, seminal vesiculitis, epididymitis, salpingitis, or arthritis should be treated with bed rest and penicillin for 7 to 14 days or longer until signs of the infection have subsided, and cultures are negative. Response to therapy usually occurs within 2 or 3 days, but arthritis often responds more slowly, and it may take 7 to 10 days for the patient’s fever to subside. Patients who are allergic to penicillin may be treated with a tetracycline or erythromycin.

In acute gonococcal disease surgery is indicated only for the drainage of abscesses. However, in chronic cases it may be necessary to remove some involved pelvic organs.

It has been found that about 3% of all patients with gonorrhea are in the incubation period of syphilis. The penicillin used to treat the gonorrhea may also eliminate the syphilis, but it may merely delay the appearance of syphilis symptoms. Therefore, tests for syphilis should be made on all patients treated for gonorrhea prior to treatment and periodically for six months after therapy.

The use of a condom provides a high degree of protection for the uninfected partner and a dose of oral penicillin within 2 or 3 hours after exposure markedly decreases the chances of infection. All contacts of patients with gonorrhea should be identified and treated as quickly as possible to prevent a further spread of the disease.