What is avant-garde? How is it defined? What are the predecessors and development and examples of the avant-garde movement? 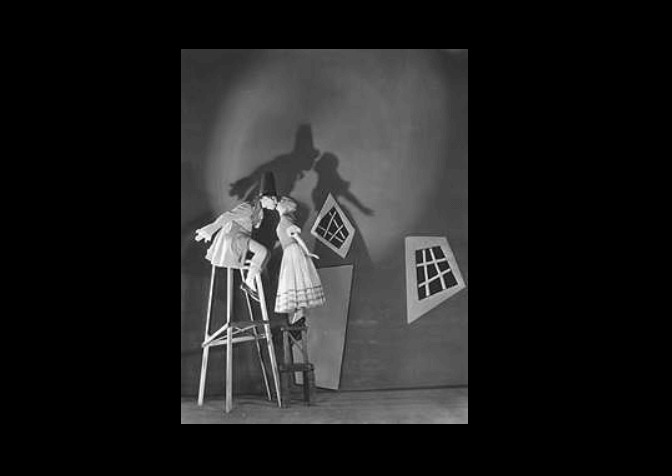 AVANT-GARDE, is a French military term meaning “vanguard,” which has applied since the 19th century to advanced and experimental movements in the arts. Of ten associated with “modernism,” the word “avant-garde” implies change in the form -of art, as well as an effort on the part of the artist to release himself and his work from the bondage of established tastes. The avant-garde accepts a long struggle to sustain its existence before gaining recognition as a legitimate artistic expression.

The degree to which the avant-garde manifests opposition to established taste and academic practice often verges on scandal and violence, as in the Dada and sürrealist public demonstrations of the 1920’s. Artists and writers of the avant-garde usually form a loose community and rely on intellectual exchange and collaboration among the various arts. They often find inspiration in such disciplines outside the arts as science and revolutionary political movements, and their efforts tend to take shape around a publication or art gallery that is sympathetic to their work. It is often difficult to winnow the chaff of hoax and opportunism from their experiments and high-spirited behavior.

The origins of the avant-garde are primarily French, with roots in 19th century European romanticism. Its spirit emerges clearly in the antiacademic position of the impressionist and neo impressionist painters, which coincided with the founding of the new theaters favoring extreme realism and with the symbolist movement in poetry. The pseudoscientifîc school of naturalism in the novel developed in the same period under the leadership of Zola. Out of this turmoil in the arts emerged the contradictory positions closely associated with the avant-garde: art for art’s sake; the poete maudit, or “outcast poet,” who defies society and traditional values; and Rimbaud‘s inflammatory dictum, “changer la vie” (change life). Contemporaneously, with Baudelaire as the key figüre, the earlier traditions of the dandy and the starving Bohemian artist combined into the figüre of the defiant, dedicated artist “on strike” against society but hard at work for his individual vision.

In the 20th century, Paris produced most of the highly organized movements that have come to represent the avant-garde to a wide segment of Western culture: fauvism, cubism, Dada, surrealism, and, after World War II, existentialism. Italy produced futurism, one of the earliest avant-garde schools of the 20th century, and England spawned vorticism in the years before World War II. In Germany the Blaue Reiter (Blue Rider) group of painters prepared the way for expressionism, a powerful movement that in-fluenced and was influenced by ali the arts, including motion pictures and architecture. Many of these movements had parallels in Russia after the Bolshevik Revolution—Miakovsky’s poetry was oriented toward futurism, as were the films of Eisenstein.

The enormous consumption of art and literatüre in the mid-20th century by new media of communication has exploited (some say eliminated) the avant-garde as an effective artistic Ininority. However, recent examples of experi-mentation in the arts, such as “happenings” (the combination of several arts in a single, semi-improvised performance) and “pop art,” whose antiart attitude disavows Western art’s entire esthetic heritage, suggest that a militantly pro-gressive avant-garde element stili exists among artists.