Anton Chekhov; (1860-1904), Russian dramatist and short story writer, whose work exerted an immense influence on European and American literature. His realistic plays, noted for the new technique of indirect action, are an integral part of the world repertoire. Pitiless in his observation of the follies of man, Chekhov nevertheless shows a profound understanding of human nature that transcends mere compassion. This quality is chiefly responsible for the marvelous blend of the comic and the tragic that is so characteristic of his best work. 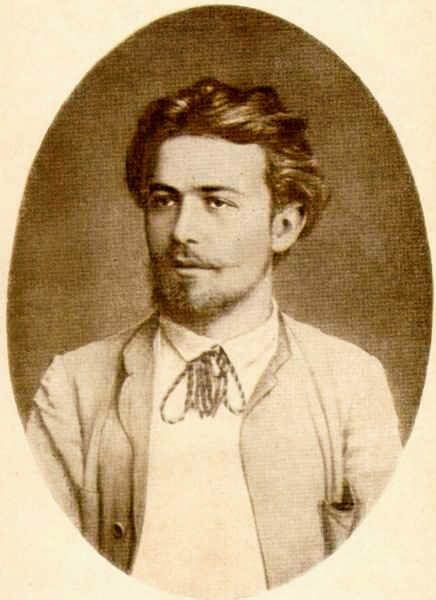 Chekhov’s grandfather was a serf who in 1841 bought the freedom of his family of eight for 3,500 rubles, the equivalent of about $40,000 at that time, which he had saved as manager of his master’s estate. Chekhov’s father, Pavel Yegorovich, settled in Taganrog on the Sea of Azov, marrying the daughter of a local cloth merchant and opening a small grocery shop. There Chekhov was born on Jan. 29, 1860.

At the age of seven, Chekhov was sent to a local school for Greek children, and two years later to the Taganrog secondary school. In 1876 his father went bankrupt and fled from his creditors to Moscow, leaving his son to fend for himself by tutoring. After passing his final school examinations in 1879, Chekhov obtained a scholarship from the Taganrog town council to study medicine at Moscow University. While he was a medical student, he supported himself and his family by writing short stories, which he published under the pseudonym Antosha Chekhonte.

Chekhov received his M. D. degree in 1884 and worked briefly in a hospital at Voskresensk, a small town near Moscow. He then continued his medical practice in Moscow, devoting most of his time, however, to writing. The summer of 1890 he spent on the island of Sakhalin, the site of a penal colony, and made a thorough study of convict life. His only “academic” book, The Island Sakhalin (1894), was based on this trip.

In 1892, Chekhov made his first journey abroad, visiting Venice, Florence, Rome, Paris, and Nice. On his return he bought a small farm near the village of Melikhovo in the Serpukhov district of Moscow province. There he spent the next six years with his parents and sister.

Chekhov had contracted pulmonary tuberculosis in the winter of 1883. After suffering a violent hemorrhage in March 1897, he spent the winter in Nice. He showed great interest in the trial of the French Jewish army officer, Alfred Dreyfus, and defended him against his Russian detractors. 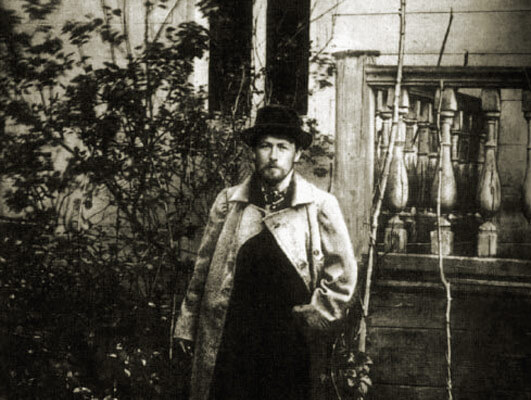 In 1898, Chekhov sold his farm and settled in his own house in Yalta. In 1901 he married Olga Knipper, an actress of the Moscow Art Theatre, which produced some of his plays. His health deteriorated gravely during his three years in Yalta, and on June 15, 1904, he left with his wife for the German health resort of Badenweiler, where he died on July 14. He was buried in the cemetery of the Novodevichy Monastery in Moscow.

By the end of 1885, Chekhov had published over 300 short stories. His first volume, Tales of Melpomene (1884), contained six stories dealing with stage life. His first large volume of short stories, Motley Stories (1886), included such masterpieces as Surgery (1884), A Living Calendar (1885), Grief (1885), and A Work of Art (1886). This volume was followed by two more books of short stories, At Twilight (1887) and Stories (1888). Stories included, in addition to Happiness and The Kiss, his famous descriptive story The Steppe, and won for him the Pushkin Prize.

Between 1886 and 1889, Chekhov was a fervent follower of Leo Tolstoy, and he wrote a series of Tolstoyan propaganda tales, most of which he later refused to include in his collected works. In 1889, Chekhov wrote A Boring Story, a masterpiece that first revealed his great gifts as a creative artist and profound thinker.

It was the insight into the stark realities of human suffering he had gained during his brief stay on Sakhalin in 1890 that made Chekhov realize the inadequacy of Tolstoy’s philosophy. His first challenge to Tolstoy’s views appeared in The Duel (1891). In this long short story he attacked the idea, so strongly expressed in Tolstoy’s Kreutzer Sonata (1889), that sexual love is incompatible with the ideal Christian life. In Ward 6 (1892) Chekhov- went on to condemn Tolstoy’s firm belief in nonresistance to evil.

The dream of “a new life” is one of the main themes not only of Chekhov’s later short stories but also of his plays. His early dramas are mainly plays of direct action, in which the dramatic action takes place in view of the audience. They include his first major play, the extremely long Platanov (1881); a one-act naturalistic play, On the Highway (1885), which was banned by the censor as “sordid”; his more mature four-act drama Ivanov (1889); and his one-act farces On the Harmfulness of Tobacco (1886), The Swan Song (1888), The Bear (1888), The Proposal (1889), The Wedding (1890), and The Night Before the Trial (1891).

After the failure of Chekhov’s attempt to write a Tolstoyan melodrama, The Wood Demon (1889), he evolved his brilliant plays of indirect action. In these, the main dramatic action takes place offstage, attention being concentrated entirely on the reactions of the characters to the dramatic events of their lives. These indirectaction plays are his great masterpieces: The Seagull (1896), which was one of the first productions of the infant Moscow Art Theatre; Uncle Vanya (1897), which is a revised version of The Wood Demon; The Three Sisters (1901); and his most famous play, The Cherry Orchard (1903). The essential feature of these plays is the gradual growth of dramatic tension in the first two acts, reaching a crescendo in the climax in the third act, and a gradual diminution of tension in the fourth act. The realistic touches help to give actuality and intimacy to the life of their characters, who, as a rule, belong to the educated section of Russian Society. 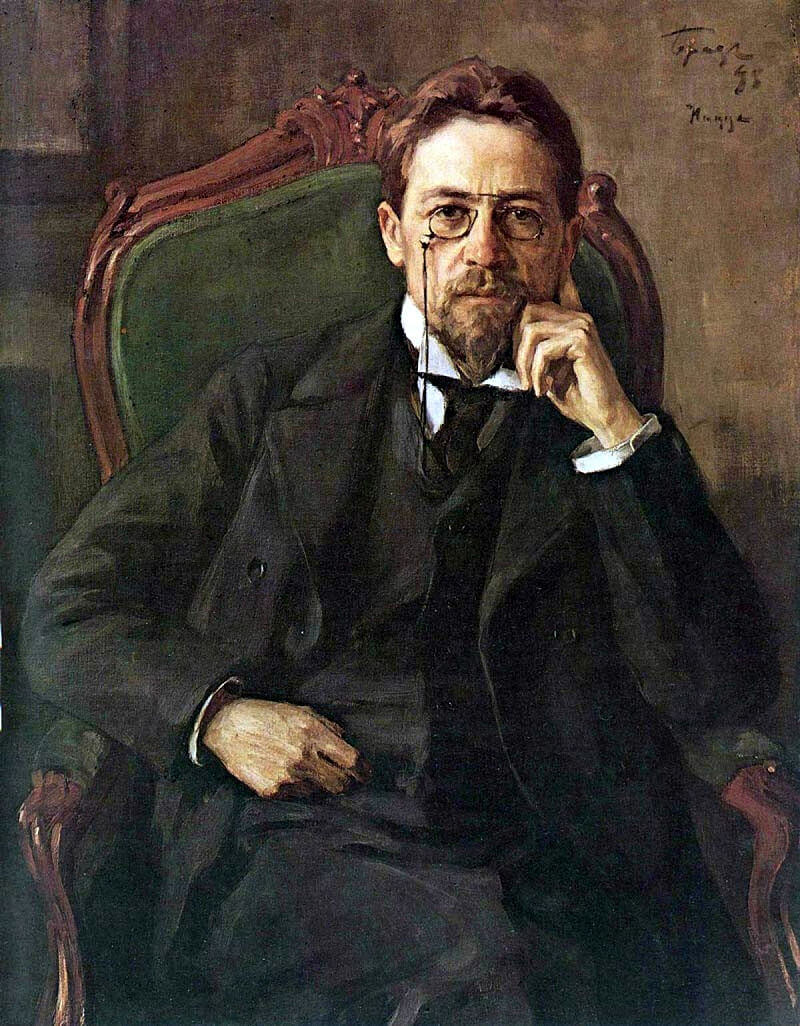 In both Platonov and The Cherry Orchard the main theme is the passing of an old family estate into the hands of rich businessmen. In The Cherry Orchard above all, the comic element is fully developed and is perhaps best expressed in the intricate and contrasting love themes of the major and minor characters. In the finale of the play, the element of high comedy reaches its culmination in the way the old butler Fiers is abandoned in the locked-up empty house in which he had spent all his life as a devoted servant. The sound of the ax felling the cherry trees is merged with the dramatic realization of the born serf, who despised freedom, that the old order he so much admired was wrong and that the past he doted on is dead.