Athlete’s Foot; is a fungus infection of the feet that is very common in adult males and less usual in adult females and children. It is caused by the fungus Trichophyton mentagrophytes and related fungi.

Small, deep blisters appear on the foot and often lead to a wearing away and cracking of the skin. Chronic lesions are characterized by dry scaling of the skin. The skin between the fourth and fifth toes is most commonly involved. Sometimes, deep blisters appear on the soles of the feet, especially over the instep. Eventually, the infection spreads to the nails, causing gross distortion and discoloration. Occasionally the fungus may produce blisters (dermatophytids) on the palms of the hands.

The symptoms of athlete’s foot are variable, and some chronic infections may show no symptoms. In the acute phase of the infection, intense itching may occur. Pain may be caused by deep fissures and inflammation in the surrounding areas. Bacteria may gain access to the fissures and cause local redness, pain, and swelling. The infection may spread to the leg, causing red streaks (lymphangitis), and to the groin, causing painful enlargement of the lymph glands. In severe diabetic cases, poor circulation may cause the infection to result in gangrene. 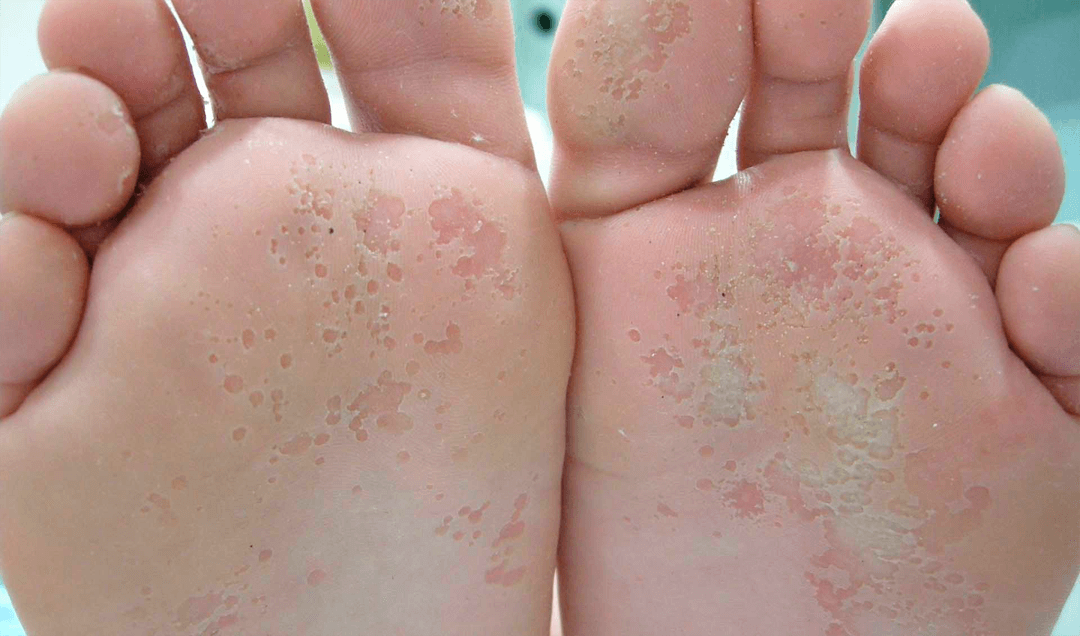 Athlete’s foot is not easy to prevent. It is usually contracted in public showers, dressing rooms, and swimming pool areas where bare feet may come in contact with the fungus. One should avoid walking barefoot as much as circumstances or comfort permit. Perspiration, which can aggravate athlete’s foot, should be diminished by the use of dusting powders. Shoes should be light and airy.