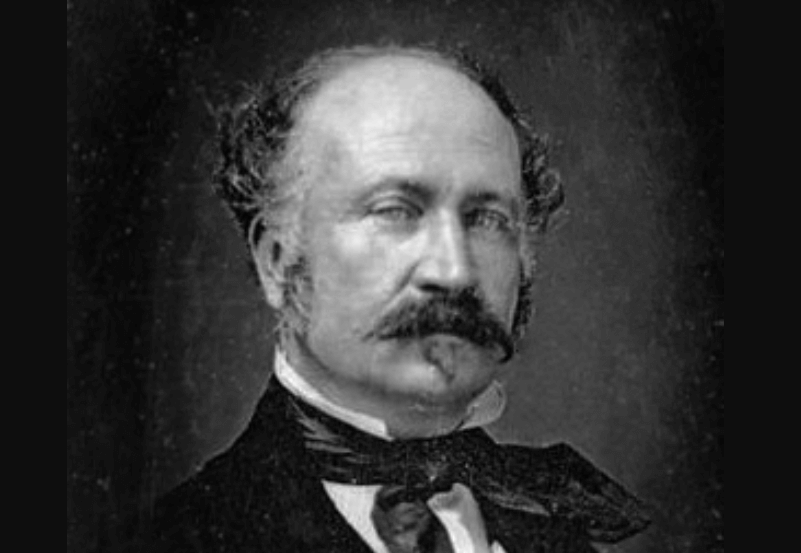 John Sutter; (1803-1880), American pioneer. Wily and visionary, Sutter established a personal empire in the California wilderness. However, when gold was discovered at his sawmill in the Sacramento Valley in 1848, his land was overrun by squatters, and he lost his fortune in the gold rush that followed.

Sutter, originally Johann August Suter, was born in Kandern, Baden, Germany, on Feb. 15, 1803. Little is known about his youth except that he lived for some time in Switzerland. He emigrated to the United States in 1834, supposedly to escape imprisonment for debt and the anger of his wife. Arriving in New York, he traveled across the United States to Santa Fe and Oregon and then to Hawaii and Alaska before settling in California in 1839.

In 1840, with the help of Hawaiian and Indian laborers, Sutter began to construct an adobe fort to guard his holdings. His colony, which he named “New Helvetia,” i grew into a kind of barony, with irrigated fields, orchards, and large numbers of sheep, cattle, horses, and hogs. It became a trade center and rendezvous for newcomers winding down the trails over the Sierra Nevada, all of whom received a hearty welcome. General Sutter, as he was called, became a trapper, fanner, stock raiser, merchant, and military ruler. He had authority to administer justice, prevent robberies, repel Indian attacks, and to check illegal trapping and fishing.

In 1844, Sutter’s son, John, arrived from Germany to share in his father’s prosperity. The rest of the family followed within a few years. By this time Sutter had become interested in the movement toward statehood, and his friendliness toward Americans irritated local Mexicans. Sutter might have become a California political leader r but for an odd turn of fortune.

On Jan. 24, 1848, a carpenter employed by Sutter, James W. Marshall, discovered gold while building a sawmill on Sutter’s property. Nine day’s later, Mexico signed the Treaty of Guadalupe Hidalgo, ceding California to the United States. Sutter’s title to his land under American law was questioned, and he was unable to protect his property from the stream of squatters that swarmed over it in search of gold. By 1852 he was bankrupt. He spent most of the rest of his life appealing in vain to the state and federal governments for compensation of his losses. From 1864 to 1878 he received a pension of $250 a month from the state of California. Bills for his relief were introduced in Congress in 1876 and 1880, but no action was taken.