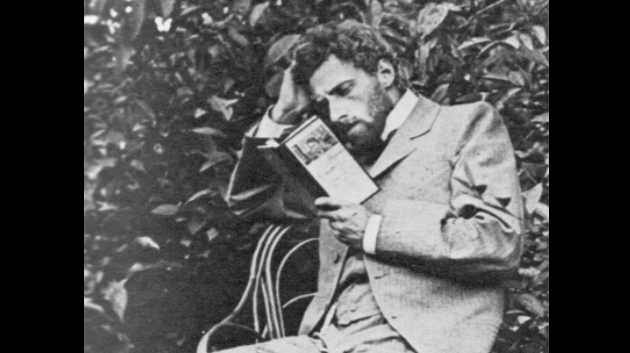 Vsevolod Meyerhold; (1874-1942), Russian stage director and actor. He was born in Paris, France, on Feb. 9, 1874 ( Jan. 1, Old Style ). He was a student of Vladimir Nemirovich-Danchenko, the cofounder with Konstantin Stanislavsky of the Moscow Art Theatre, at the Musical-Dramatic School of the Moscow Philharmonic Society. As a result of this apprenticeship he was invited to join the just-formed Moscow Art Theatre Company in 1898. He acted in the naturalistic stage convention of Stanislavsky until 1902, when he left to work in the provinces. He founded a group called the Society of New Drama, in which he was actor, artistic director, dramaturgist, and teacher. He showed so much capability in the latter category that in 1905, Stanislavsky invited him to head a newly organized studio of the parent Moscow Art Theatre, where his flair for symbolism was given free rein.

In the fashion of Russian acting studios, he rehearsed Maeterlinck’s La Mort de Tintagiles for months although it was never shown to the public. Probably on the strength of this production, Vera Kommisarjevskaya in 1906 invited him to direct her in her theater in St. Petersburg. There he put into practice the symbolism and stylization he had been practicing in the Moscow Art Theatre studio. In his “abstract” theater he reduced the actor to the role of a puppet, thus anticipating Gordon Craig’s conception of the actor as a “super-marionette,” dispensing with the human element entirely. Meyerhold’s dehumanization of the actor led to his inevitable break with Kommisarjevskaya. Between 1913 and 1917 he staged some brilliant productions at the Imperial playhouses in St. Petersburg, the Aleksandrinsky, and the Mariinsky, notable of which was Lermontov’s Masquerade in March 1917 on the night of the opening of the first, or moderate, revolution.

Encouraged by Anatoli V. Lunarcharsky, who was appointed commissar of education in charge of theaters after the October, or Bolshevik, Revolution, Meyerhold joined the Communist party in 1918 and for nearly 20 years was the favored director and regisseur. His downfall came in 1938 when his theater in Moscow (opened in 1920) was dissolved because of his deviation from the party line. He was accused of dropping Soviet plays from his repertoire and of having offered no new production at all in two years. He was arrested in 1939 and disappeared, and his wife, the actress Zinaida Raikh, subsequently was found stabbed to death in their apartment. His own death was reported to have taken place on March 17, 1942.