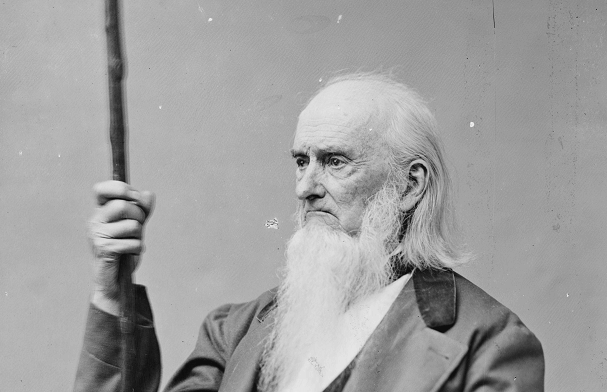 Duff Green; (1791-1875), American politician and journalist. He was born in Woodford county, Ky., on Aug. 15, 1791. After studying at the Danville Academy he taught school. He served with the Kentucky militia during the War of 1812 and then went to Missouri to survey public lands. In 1823 he was elected to the Missouri state legislature and purchased the St. Louis Enquirer, which supported Andrew Jackson in the presidential election of 1824.

Green moved to Washington, D. C., in 1825 to publish the United, States Telegraph, which became a mouthpiece for Jackson’s candidacy in 1828. In 1829, President Jackson appointed him printer to Congress. Green was an influential member of the President’s “kitchen cabinet.” After the rupture between Jackson and John C. Calhoun, Green threw his support to Calhoun and by 1833 had turned the Telegraph into an organ for states’ rights.

In 1840, Green promoted John Tyler’s nomination for vice president, and after Tyler succeeded to the presidency he sent Green as an unofficial representative to England and France and appointed him consul at Galveston, Texas. Green spent the latter years of his life in the South promoting industry. Though not a secessionist, he supported the Confederacy. He died on June 10, 1875, in Dalton, Ga., a town he had helped found.