Yellow eyed grass; the common name given to many species of plants in the genus Xyris, of the family Xyridaceae. It is not a grass, but the narrow leaves that sheath the base of the leafless scape (stalk) give it a grasslike appearance. Xyris (from xyron, razor) is a Greek name for a plant with 2-edged leaves. The flowers (usually yellow ) are borne in a head at the end of the scape, which arises from a bulbous or non-bulbous rootstock along with the basal leaves. 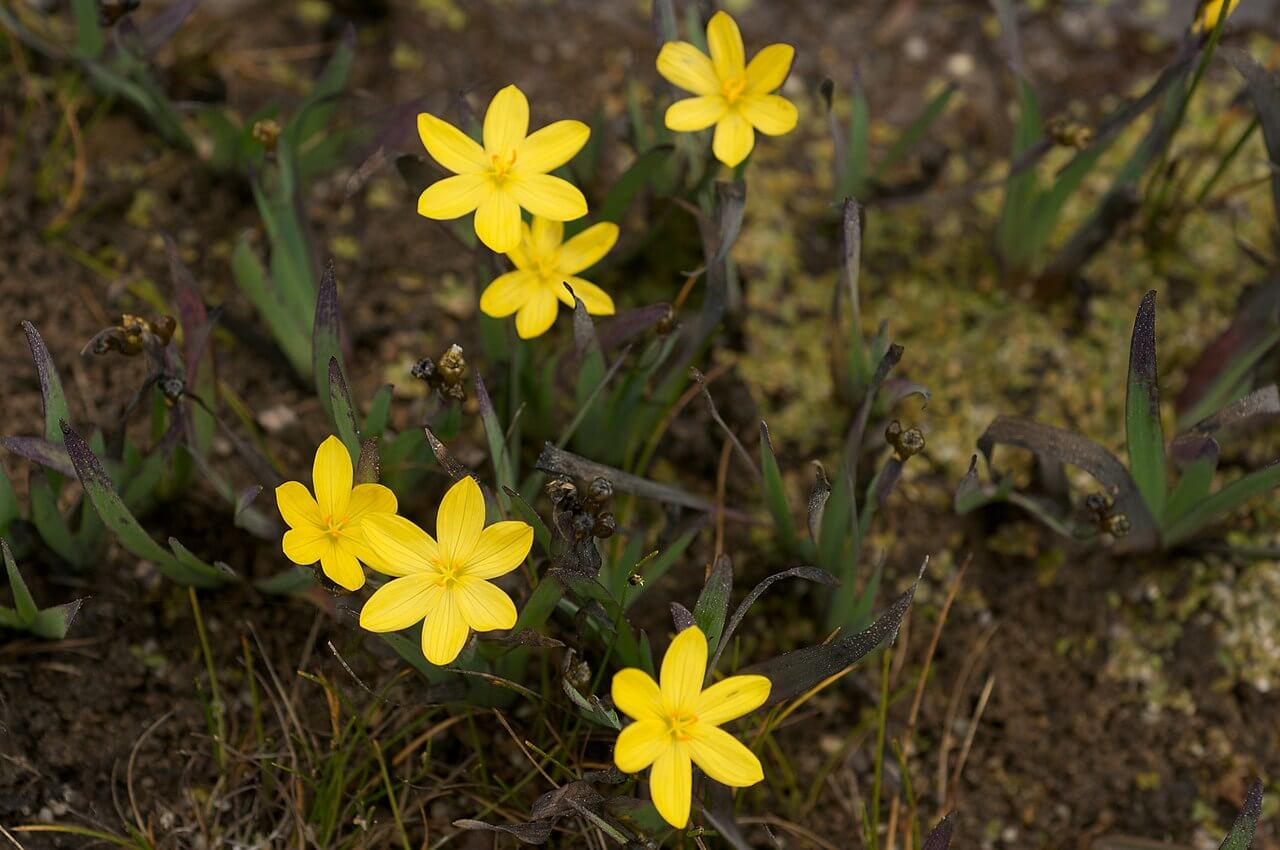 The individual flowers have 3 sepals, 3 petals, 3 fertile stamens, and 3 staminodes, with a 3-carpellate, 1-locuie superior ovary that becomes a 3-valved loculicidal capsule at maturity. The genus is most common in subtropical or tropical America and occurs in Africa, Australia, and India; about 20 species grow in North America from Newfoundland to Florida and westward to Texa?, and along the St. Lawrence River and Great Lakes: The North American species are often found in bogs or swamps or along the edges of ponds; a few are true aquatics and grow in swift-flowing streams.

Two of the most common North American species are Xyris flexuosa and Xyris torta, both of which have bulbous rootstocks, 2-ranked linear twisted leaves, and 2-edged twisted scapes. The yellow flowers of Xyris flexuosa are more conspicuous because of the long-fringed lateral sepals projecting beyond the bracts. Xyris fimbriata, a plant with strap-shaped leathery leaves, also has sepals that are conspicuously fringed and projected. Economically the family is of little importance. Two species are used in aquatic gardening and aquariums, and the foliage and roots of three species have been used as a remedy for leprosy and some skin irritations in Brazil, the Guianas, and India.