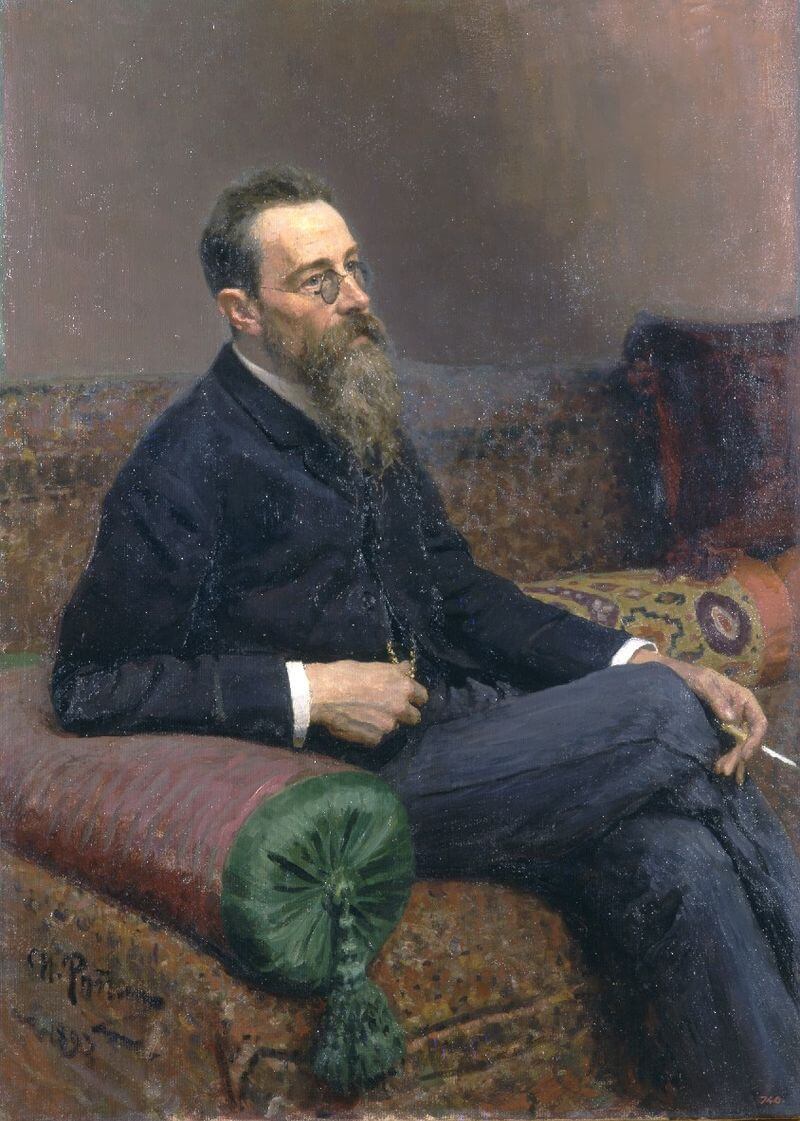 Though his family was aristocratic, his grandmothers were of the peasant class, and from them, he said, came his love of folk themes and ritual music. He had piano lessons from local teachers, but his boyhood ambition was to become a naval officer, and at the age of 12 he entered the Corps of Naval Cadets at St. Petersburg. He continued his piano lessons, though he had no instruction in theory, and also attended the opera and symphony concerts. The music of Mikhail (Ivanovich) Glinka impressed him most.

In 1861 Rimski-Korsakov met the composer and pianist, Mili Balakirev, and joined his circle of young composers including Modest Musorgski (Moussorgsky), César Cui, and Aleksandr Borodin, all devoted to developing a national music. At this time, though still ignorant of the technique of composition, he composed most of a symphony in E flat minor. In April 1862 he was assigned to naval duty for three years and left for a world cruise, in the course of which he wrote the slow movement of his symphony. After his return to St. Petersburg in the summer of 1865 he completed the composition, and Balakirev gave it a concert performance at the Free School of Music on Dec. 19, 1865. It was the first symphony of any consequence by a Russian composer. He now began to write his songs. Four of them were published in the summer of 1866 as Opus 2, his first published work. They included The Rose Ensláves the Nightingale, and the lullaby later incorporated in his first opera, The Maid of Pskov (1872).

In the summer of 1871 Rimski-Korsakov was appointed professor of practical composition and instrumentation at the St. Petersburg Conservatory. The appointment was a surprise to him as he had no academic training in composition, but by diligent study he soon made himself master of its technique. In 1873 he was appointed Inspector of Naval Bands, a post he held for 11 years and through which he gained the practical knowledge of the wind instruments that he applied with brilliant effect in his compositions. In 1874 he succeeded Balakirev as Director of the Free School of Music and that year made his public debut as a conductor in a performance of his Symphony in C. Two influences saved him from this academic aridity at this time.

One was his editing of Glinka’s opera scores with their clear and simple scoring; the other was his study of folksong. Between 1875 and 1877 he completed and harmonized his Collection of a Hundred Russian Folk Songs, Opus 24. Two fresh and lyrical operas followed this work, May Night (1878), and Snozv Maiden (Snegurochka), composed 1880-1881. Between 1881 and 1887 he was occupied with conducting and administrative work. Though he resigned as director of the Free School in 1881, he became assistant director to Balakirev at the Imperial Chapel the following year, and was also revising, orchestrating, and publishing the works left by Musorgski at his death in 1881. Then came the Spanish Capriccio, the Scheherazade symphonic suite, and the Easter Overture. These three compositions closed another period in his career. 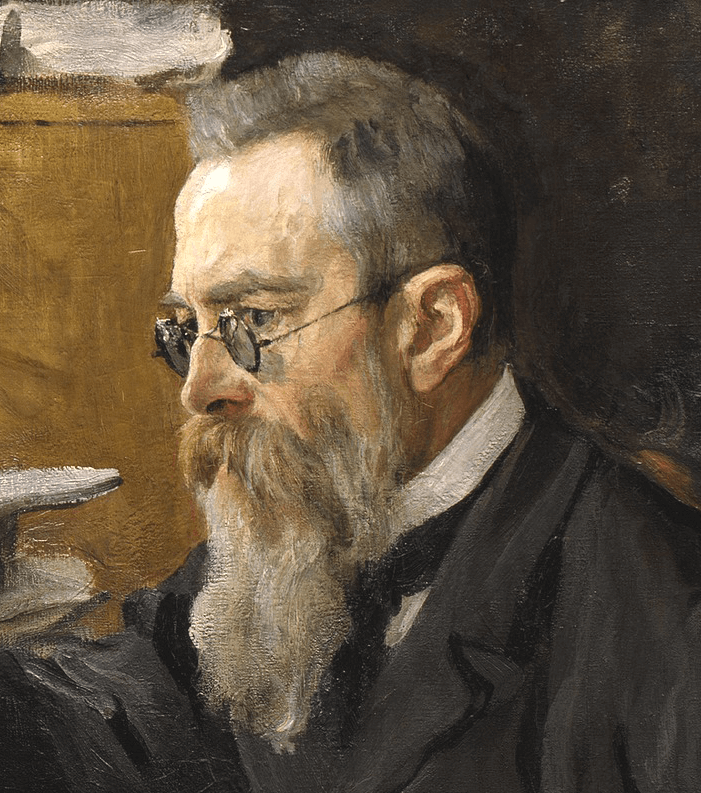 He now devoted himself to opera. He composed Miada (1889-1890), which was produced in 1892. In 1894 he resigned from the Imperial Chapel and was soon busy composing Christmas Eve, which was produced late in 1895. This was followed by Sadko, produced in Moscow on January 7, 1898 (Dec. 26, 1897 old style). His next full length opera was The Tsar’s Bride (1898), and after several less successful works, The Legend of the Invisible City of Kitezh (1904). Because he was openly sympathetic to the revolutionary students in 1905, he was dismissed from the faculty of the Conservatory, but was soon reinstated.

His opera, Coq d’Or (The Golden Cockerel), satirizing the autocracy, though composed in 1907 was not produced until 1910, two years after his death. His last appearance as a conductor was at the Paris festival of Russian music in 1907. A complete, revised, and corrected edition of his autobiography, The Record of My Musical Life was published by his son, Andrei, in 1928 (Eng. tr., My Musical Life, 3d ed. 1942). Though less original than Musorg-ski, Rimski-Korsakov is considered by most musicians as the best all-round composer of the Russian nationalist school. His influence on orchestration has been great, particularly because of his brilliant scoring.