Friedrich Wilhelm Joseph Schelling (1775 – 1854) was a German philosopher, and one of the quintessential figures of the German idealism and romantic movements in the late 18th and early 19th centuries.

He is often seen as a bridge between the earlier idealism of Kant and Fichte and the later work of Hegel, or as a philosophical Proteus who changed his conception of him so radically and so frequently that it is difficult to attribute a clear philosophy to him. However, it could be said that his views always focused on some common themes, especially human freedom, the absolute, and the relationship between spirit and nature. 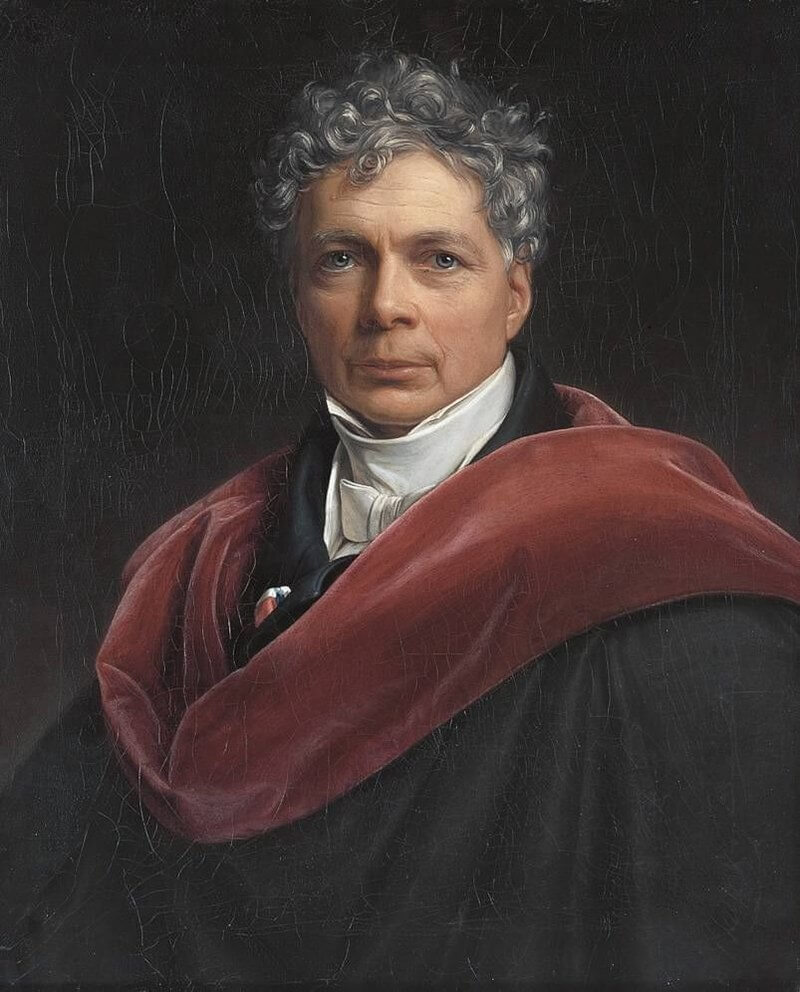 He is perhaps the most careless of the leading German idealists, largely overshadowed by G.W F. Hegel, and was almost forgotten for nearly a century after his death. However, he has enjoyed a renaissance in recent years, and has been described as the culmination of German idealism and as a forerunner of modern existentialism.

Schelling was born on January 27, 1775, in the small town of Leonberg, near Stuttgart, in southern Germany. His father was a chaplain and orientalist teacher at the cloister school in nearby Bebenhausen.

He attended his father’s school at first, and then a Latin school in Nuertingen from 1783 to 1784 (where he met the young poet Friedrich Hölderlin). At the age of 15, he was granted permission to enroll early in the Tübinger Stift Protestant seminary in Württemberg, where he studied the ancient Greek Church fathers and philosophers. He became roommates with Georg Hegel and Hölderlin, and the three became good friends. His interest gradually shifted from Lutheran theology to philosophy, and in 1792 he graduated from the philosophical faculty, and completed his thesis for his theological title in 1795.

Meanwhile, he began to study the work of Immanuel Kant and Johann Gottlieb Fichte, who greatly influenced him. In 1794, Schelling published an exposition of Fichte’s thought entitled “Über die Möglichkeit einer Form der Philosophie überhaupt” (“On the possibility of a form of philosophy in general”), which immediately earned him a reputation among philosophers and was recognized by Fichte himself. In 1795, he followed with a more elaborate work, “Vom Ich als Prinzip der Philosophie, oder über das Unbedingte im menschlichen Wissen” (“On himself as a principle of philosophy, or on human knowledge without restrictions”), still within the limits of Fichtean Idealism, albeit with a more objective application, and with the additional amalgamation of some elements from the pantheistic views of Baruch Spinoza and Neoplatonism.

From 1796 to 1798, Schelling worked as a tutor to two young men from an aristocratic family, which allowed him to visit Leipzig (where he also attended lectures at the University of Leipzig, and developed a fascination for contemporary physical studies including chemistry and biology) and Dresden (where the Archduke of Saxony’s art collections were influential in his later thinking on art). His studies in the physical sciences led to his essay “Ideen zu einer Philosophie der Natur” (“Ideas for a natural philosophy”) of 1797, and the treatise “Von der Weltseele” (“On the soul of the world”) of 1798. In the “Ideas” in particular, he showed a debt to Gottfried Leibniz’s vision of nature, especially his “Monadology.” 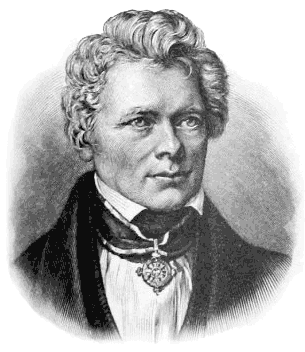 In 1798, at the still youthful age of 23, he was offered the position of extraordinary professor of philosophy at the University of Jena, where he remained for five years until 1803. There, he was at the center of the intellectual ferment of Romanticism, and was in close contact with the great German man of letters, Johann Wolfgang von Goethe (1749 – 1832), and the writer and philosopher, Friedrich Schiller (1759 – 1805). Gradually more and more distance opened between Schelling and Fichte, particularly as Schelling insisted on the complementary nature of their transcendental philosophy and philosophy of nature, as described in one of his most notable works, the “System des transcentalen Idealismus” ( “Transcendental Idealism System”) from 1800. Hegel, whom Schelling had assisted in a position as a private professor at the University of Jena, initially supported Schelling’s ideas in his book “Differenz des Fichte’schen und Schelling’schen Systems der Philosophie “(” The difference between Fichte’s and Schelling’s system of philosophy “) of 1801, although he was soon to take a different route.

By 1800, Schelling was becoming the recognized leader of the school of Romanticism, and had begun to reject Fichte’s thinking as cold and abstract. Schelling was especially close to the romantic poet August Wilhelm von Schlegel (1767 – 1845) and his wife, Karoline, and was seriously considering marrying their young daughter, Auguste Böhmer, until she died of dysentery in 1800. Karoline Schlegel was a beautiful woman. intellectual, twelve years older than Schelling, and the brilliant hostess of Jena’s romance salon and its intellectual circles, and Schelling soon fell in love with her. When Schlegel moved to Berlin and divorced Karoline in 1803, Schelling and Karoline were quickly married and (due in large part to the scandal this caused) moved from Jena to Würzburg.

From 1803 to 1806, Schelling was a professor at the new University of Würzburg, gradually changing views of him marked by a final rift with Fichte and Hegel. He had many enemies in the conservative Catholic Würzburg, and moved to Munich in 1806, where he found a position as a state official at the Academy of Sciences, staying until 1841. He was ennobled (with the addition of “von”) in 1806 Karoline died in 1809, just before Schelling published his last book, “Philosophische Untersuchungen über das Wesen der menschlichen Freiheit und die damit zusammenhängenden Gegenstände” (“Philosophical investigations into the nature of human freedom”), which showed a growing trend towards mysticism and it has also been seen as an important precursor to existential thinking. In 1812, he married one of Karoline’s closest friends, Pauline Gotter, in whom he found a faithful companion for the rest of his life. Later, without giving up his official post in Munich, he also gave a short talk in Stuttgart and then for seven years at the University of Erlangen (from 1820 to 1827).

In 1841, at the age of 66, Schelling was appointed Prussian privy councilor and member of the Berlin Academy, which also gave him the right to lecture at the University of Berlin, then the center of Hegelianism. Among his students were the Danish proto-existentialist Søren Kierkegaard, the Russian revolutionary and anarchist Mikhail Bakunin (1814-1876) and the German socialist and communist Friedrich Engels (1820-1895) among others, and his lectures included the presence of a large and appreciative audience. His Berlin lectures were published posthumously in four volumes by his sons. Eventually, he accepted an invitation to succeed to the Chair of Philosophy at the University, previously held by Hegel. His proposed great work, “Die Weitalter” (“The Ages of the World”), which he supposedly was working on during his later years, never appeared. 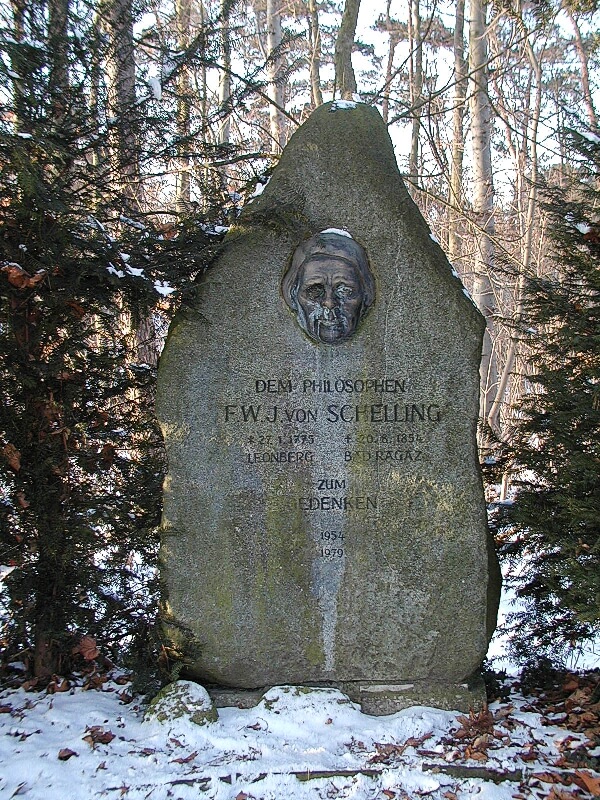 For a century after his death, Schelling was almost a forgotten philosopher, even in his own country, the consensus was that he had been obscurantist and not methodical, and that his work had been overshadowed by Hegel’s work. Only after the praise of Martin Heidegger at his 1936 lectures and a high-profile international conference on the 100th anniversary of his death in 1954 was Schelling fully rehabilitated, amid descriptions of him as the culmination of German idealism and as a precursor of modern existentialism.

Always a champion of Romanticism, he defended a philosophy that emphasized intuition over reason, and that maintained aesthetic and creative imagination as the highest values. Schelling’s philosophy constituted a unique form of Idealism, known as Aesthetic Idealism. He believed that, in art, the opposition between subjectivity and objectivity is sublimated and all contradictions (between knowledge and action, conscious action and unconscious action, freedom and necessity) are harmonized.

Schelling’s conception of “Naturphilosophie” has not fared well in the hands of modern science, which has roundly criticized his fragmentary knowledge of contemporary science, and his lack of intellectual rigor, but some of his thoughts are nevertheless original and valuable. Nature, according to Schelling, has its own metaphysical reality, independent of the ascending consciousness of the empirical ego (contrary to Fichte’s conception of Nature as nothing more than a conscious “representation” of the empirical ego). Therefore, the Absolute (Fichte’s “Pure Ego”) must be conceived as the complete identity of the Universal Spirit and Nature.

Schelling attempted to establish a viable connection between his conceptions of nature and spirit (or natural philosophy and transcendental philosophy), which he saw as two parts of a whole: complementary, but complete in themselves. He saw the dynamic series of stages in which the ideal structure of nature is realized (which he called the organic, the inorganic and the universal or “World Soul”, the latter underlying and defining the other two), analogous to the dynamic stages of processes by which the spirit struggles toward self-awareness. He held that the presence of the Universal Spirit in nature is an essential condition for the emergence of empirical consciousness (individual egos).

Another important aspect of his work is his anti-Cartesian description of subjectivity, which foreshadowed some of the best ideas of thinkers such as Friedrich Nietzsche and Jacques Lacan (1901-1981) to show how the thinking subject cannot be completely transparent with himself. His subsequent critique of Hegelian idealism influenced Søren Kierkegaard, Karl Marx, Friedrich Nietzsche, Martin Heidegger, and others, and some aspects of it still echo the contemporary thinking of thinkers like Jacques Derrida.