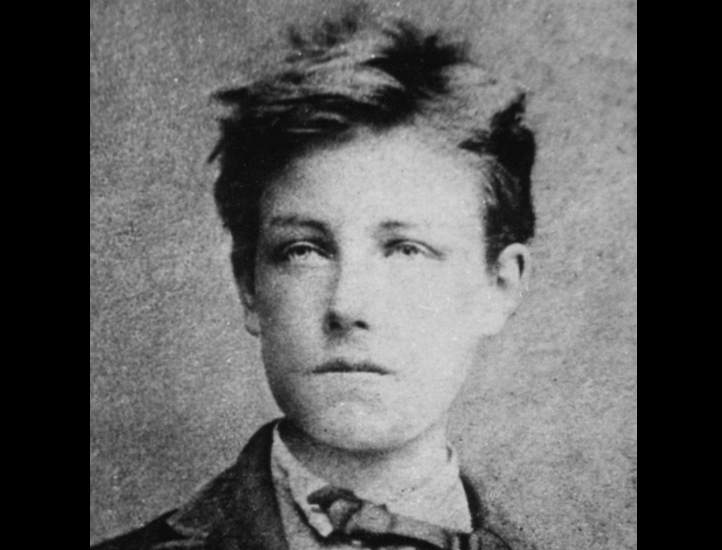 Arthur Rimbaud; French poet and author : b. Charleville, in the Ardennes, Oct. 20, 1854; d. Marseilles, Nov. 10, 1891. He early displayed unusual intellectual gifts and an erratic temperament. Some of his verses written at the age of 15 are included in the collections of his works, and before he was 17 he had run away from home three times, once being returned as a vagabond and twice because of want. At 17 he sent the poem Le Bateau Ivre to Paul Verlaine at Paris and was warmly invited to visit that poet, who hailed him as a genius—recognition that is still accorded him as a pioneer of the decadent, or symbolist, movement in France.

He remained in Paris until 1872, dividing his time as the guest of Verlaine and of Théodore De Banville, served in the army of the Commune, and afterwards left Paris with Verlaine. They traveled in England and Belgium for 13 months and then separated after violent quarrels in which Verlaine twice attempted to kill the younger man. Rimbaud’s Une Saison en Enfer (1873) detailed this extraordinary friendship. It was written in prose and was the only work he ever published.

Rimbaud then abandoned writing verse, although but 19, wandered through Germany and Italy and in 1875 disappeared. He eventually settled at Harrar, Abyssinia, and became a trader in coffee, perfumes, gold and ivory. He amassed a great fortune, became a sort of chieftain among the natives and was engaged in intrigues with Menelek II and the French government against Italy.

He was forced to go to Europe in 1891 for a surgical operation upon his knee and he died in a hospital at Marseilles. Meantime, his friends supposing him dead, Verlaine had published his poems Les Illuminations (1886), including the famous sonnet attributing colors to the vowels, and these have had a great influence over younger French poets. A collection of his works, with a biography, was published by his brother-in-law, Paterae Bevrichoy, in 1879-1898.