Who is Alilat? The Myth, story, history of Alilat. The role of Alilat and the old gods of Arabians. 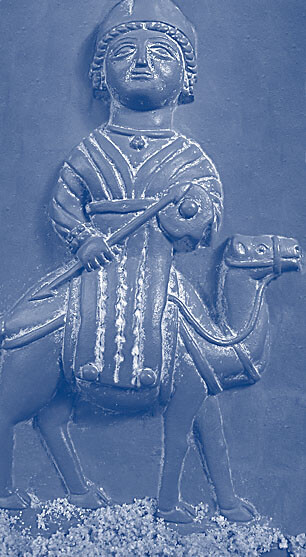 The Arabian mother goddess, a deity under considerable Assyrio Babylonian influence. At Petra, the capital of the Nabataean kingdom, the cult turned up on worship of Dusura, her dying son. He was either a mountain gad or an astral deiry; statues portray him as genius of the vine. An Arabic historian records that the Nabataeans revered a four-sided stone, known as Allat or Alilat. Veneration of stones and pillars was a feature of the nomadic peoples of West Asia. The Hebrews were attracted to rocks as natural altars during their wanderings in the desert, while the ascetic movernent in Christian Syria reached its spectacular dimax in the pillar saints, the chief exponent being St Simeon.

Although the ritual of early Arabian religions was a particular target of the prophet Mohammed, to day Mecca affords the most conspicuous instance of veneration given to a stone-that proffered to ‘the black stone which fell from heaven in the days of Adam’. The rock, probably an aerolite, is built into a corner of the Ka’ba, ‘the house of Gad’ and the place of pilgrimage for Moslems. Near by, legend says, is the tombstone of Ishmeal, the son of Adam and father of the northern Arabs.