What is the structure of insects? Information about the physical characteristics, body and appearance structures, reproduction, living conditions and evolution of insects. 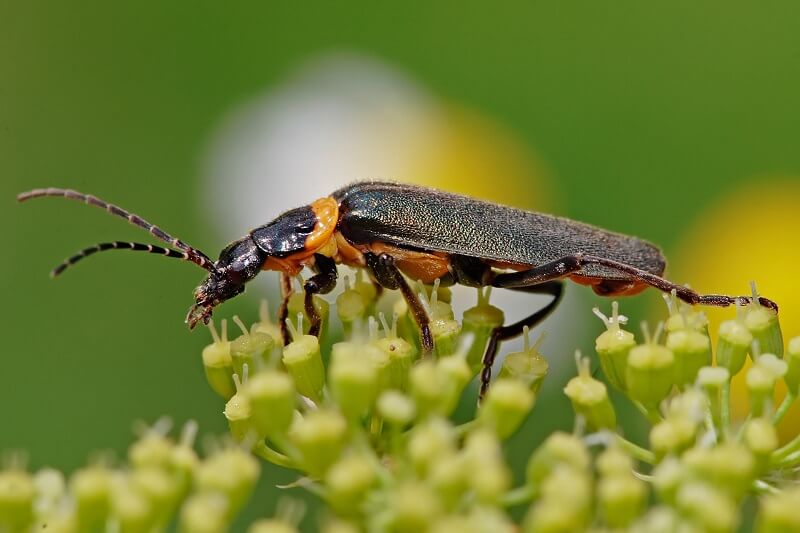 Insects; (Lat. insecto). Arthropods are always a class of the true Arthropod subclade. The number of described species is about 686 thousand. The total insect population in the world is thought to be several hundred million million.

Their bodies; It consists of three parts: head, abdomen and trunk. On the head a pair of mouthparts, honeycomb eyes; The body has three pairs of legs and two pairs of wings. In primitive species, the wings are secondarily lost. The body region has 3 sections and the abdominal region has 6-11 sections. They breathe through the trachea. The excretory organs are the Malpighi tubules. Legs; It has five parts: coxa, trochanter, femur, tibia and tarsus. Insects that make sounds also have hearing organs. The main task of the sensors is the senses of touch and texture; great changes in form. The honeycomb eyes on the sides of the head are arranged in mosaic form and consist of tens of thousands of single lenses. The small or simple eyes are three in number, usually arranged in a triangle between the two antennae.

The leading ones are usually strong and toothed. The body is divided into three parts as anterior, middle and final. Each segment has a pair of legs. Most insects also have a pair of wings on the mid-vessel body. Although all insects have six legs, some species develop only four; Immature insects such as caterpillars have auxiliary, jointless, pseudo-legs. Wolves of wasps and bees and other wolves are legless. True legs are formed by the fusion of the base part to the crotch with an intermediate part. The groin is connected to the shin that carries the foot. Legs vary according to the habits of the species. In digging insects such as the mole locust, the front legs have become digging organs.

In cicadas and grasshoppers, the hind legs are very large and used for jumping. Spiders have shovel-like legs. The abdomen usually makes up the largest part of the insect’s body. It typically consists of 12 segments (seğmen), although in many species this number appears to be less. The anal hole is the last segment, and in this segment, there is a pair of tail antennae that are long and filamentous like in flies, short like cicadas, pincer-shaped like earwigs, sensitive to touch and sound vibrations. The male of many insects has a pair of appendages in the ninth segment that serve to hold the female during mating. The eighth and ninth-segments of the female have ovipositor, the structure of which differs according to the species. The ovipositor of the queen, worker bees and wasps change to take the form of needles. Insect respiration relies on venting through vents lined up on the side of the body, like the portholes of a ship; From these holes, air is carried to the legs and wings through thin tubes called trachea.

The use of oxygen by the muscles and other organs draws in fresh air; Although movement of the body’s muscles can aid in breathing, it has no lungs or circulatory system. The insect’s blood flows freely into the body cavity and is carried from the back to the head by the compression of the open-ended tube called the “heart” located at the back of the body. Digestive tube and organs and reproductive organs are in the abdomen. There is a simple nervous system consisting of two parallel main nerves extending from both sides under the body, originating from the brain (ganglion) in the head.

The internal reproductive system of insects is basically segmented, and this segmentation is more obvious in the female. In some very primitive female insects, each abdominal segment has a pair of ovarioles, or egg-forming tubes, which are linked together and are open to the outside between the eighth and ninth segments. In most other female insects, the ovarioles form two large structures, the ovaries, which extend almost the entire length of the abdomen. Leading from each ovary is an oviduct, and the oviducts join to form a larger duct, the vagina. Opening into the vagina are the ducts of various accessory glands, which secrete substances that coat the eggs as they pass through the vagina.

Also opening into the vagina are ducts leading from the spermathecae, the receptacles into which sperm are passed during copulation. If the ducts from the spermathecae are open when the eggs pass through the vagina, the eggs will be fertilized. If the eggs are not fertilized, they may develop parthenogenetically; that is, without being fertilized. Parthenogenesis occurs intermittently in the honeybee, where fertilized eggs produce females and unfertilized eggs produce males. Parthenogenesis occurs regularly in only a few types of insects, including sonıe sawflies and stick insects.

In the male insect, sperm cells are produced in paired organs called testes and are conveyed from each testis to a seminal vesicle where they are stored. Ducts leading from each seminal vesicle join to form an ejaculatory duct, which leads to the outside at an opening known as the gonopore. 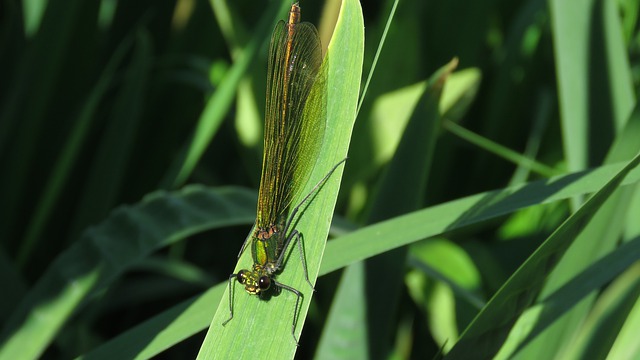 Insects are the first animals to emerge from water on land, and fossils found in Devonian rocks indicate that they date back to the Silurian Age (about 450 million years ago). They are two times older than reptiles and three times older than mammals. Although organ specialization and the number of species are less, the fact that the oldest known insects and today’s do not show great differences indicates that they reach adulthood quickly. Springtails of our time are among the most primitive dead and oldest fossils of living insects.

Jumping mechanisms were just as advanced in the Devon Age as they are now. 250 million years ago, in the Carbon Age, some insects reached gigantic proportions; for example, the wingspan of the dragonfly was about 1 m. Meanwhile, cicadas, cockroaches, bedbugs, lacewings, and primitive beetles completed their evolution. Ants, bees, and wasps also appeared with the first flowering plants in the Jurassic Age. The oldest fossils of butterflies and lepidoptera (propellers, moths) date back to the Eocene Age, 60 million years ago. Most fossil insects do not differ much from living species. Many insects are useful to agriculture; some of them produce products such as silk and honey.