A form of central energy for the human being since time immemorial.- Hydroelectric energy, also known as water or hydraulic energy, is one of the most well-known and used energy sources in the history of Humanity. 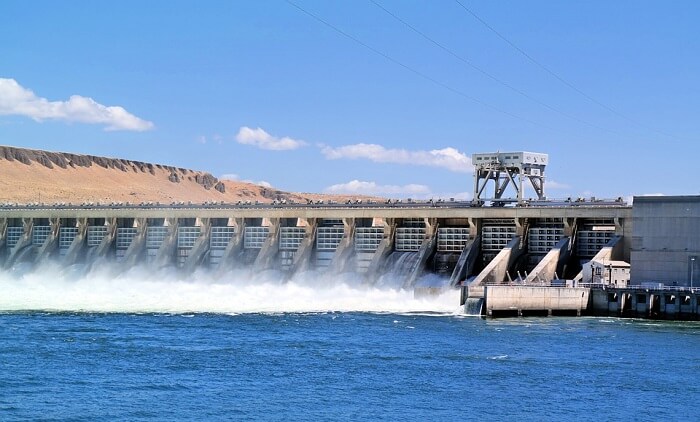 This type of energy is obtained from the simple movement of water, both rivers and seas, lakes or lagoons. When moving, the water does it with a power of great level for which the human being understood from early in the time that this energy or power could be used for the operation of different things. Hydroelectric energy, in addition to being accessible to almost all countries because it can be used from almost all water courses, is renewable, which means that it does not pollute or wear out non-renewable resources such as oil.

In other words, it means taking advantage of a force that occurs naturally. The use of hydroelectric energy is one of the oldest forms of energy used by humans, from the water mills that were used in the early Middle Ages and allowed to benefit from the existence even of a small stream.

Hydropower as an accessible resource for any society

At present, the infrastructure works that have to do with the creation of dams, dams and hydroelectric power plants are essential for any government or state. As much for the number of jobs it generates as for the benefits of using this type of energy, the construction of large dams is nowadays the result of economic and political convenience.

The dams are large concrete walls that filter the passage of water from the presence of engines and machines that make it move and thus generate the force that takes advantage of water. These buildings are accessible to any State because they can be made almost in any watercourse: rivers, lagoons, lakes, streams or even in some marine areas. There are detractors who point out that the construction of these works can generate great alterations in the environment.

The use of hydropower today

The main functions related to hydroelectric or hydroelectric energy have to do with allowing the use of this power for irrigation systems of large areas and in places where water does not reach, for the operation of large machinery that can use water power, to control the floods that can be caused in some regions.

There are also more and more companies and factories that contain devices and machinery prepared to work with water as renewable energy instead of the use of oil or its derivatives.