Who is Annie Oakley, what did she do? Information on American markswoman Annie Oakley biography, life story and her career. 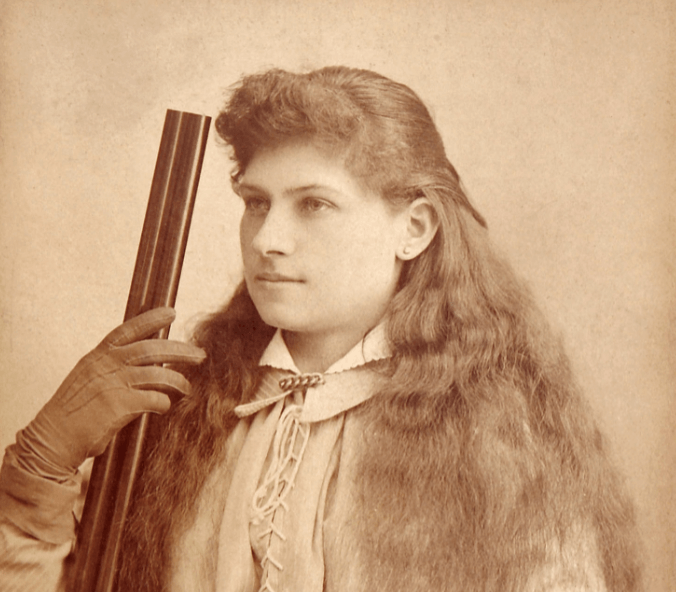 Annie Oakley; American markswoman, b. Patterson Township, Darke County, Ohio, Aug. 13, 1860; d. Greenville, Ohio, Nov. 3, 1926. In childhood, she helped the family income by shooting quail and rabbits, proved herself a dead shot, and in five years paid off the mortgage on the family farm with earnings from game shipped to market. Her fame as a markswoman led to a contest in Cincinnati with Frank E. Butler, a noted marksman and vaudeville performer. She defeated him by one point. He fell in love with her and several years later they were married, he becoming her assistant and manager on circus tours. In 1885 they joined Buffalo Bill’s Wild West Show at Louisville.

Her markmanship with rifle and shotgun brought her worldwide fame. She could hit a dime in the air and a cigarette held in her husband’s lips. She was fond of displaying her skill by slicing a playing card held at 30 paces with the edge toward her or by having a playing card tossed in the air and shooting it full of holes before it fell. The term “Annie Oakley,” used to describe complimentary tickets of all kinds because of their punch marks, derives from this. For a time partially paralyzed because of a 1901 railroad accident, she nevertheless set records for yet another 20 years.