FATHERS OF THE CHURCH is a title of honor used in the Christian context to designate the acknowledged writers of Christian antiquity from New Testament times to John of Damascus in the East (died before 754) and Isidore of Seville in the West (died 636).

Some scholars go as far as to Patriarch Photius in the East (died after 886) and to the Venerable Bede in the West (died 735), while others do not want to go beyond the time of Emperor Justinian (died 565).

The category of Ecclesiastical Writers includes important authors whose orthodoxy is in doubt (for example, Tertullian and Origen). The category of Doctors of the Church, while including later authors, requires extreme erudition as an additional qualification. As early as the Middle Ages the Western Church revered four of the Latin Fathers as “great Doctors of the Church.” They are Ambrose, Augustine, Jerome, and Gregory the Great. Like the Eastem Church it honors three of the Greek Fathers as “great ecumenical teachers”: Basil the Great, Gregory of Nazianzus, and John Chrysostom, to whom it traditionally adds Athanasius. In modern Protestant usage the term “Fathers of the Church” is less clearly defined and may include, for example, the great figures of the Reformation such as Luther and Calvin.

The origin of the concept goes back to early Christian history. In the Greco-Roman world the teacher-student relationship was compared to that of a father to his son. Early Christians addressed their bishops as “father’ (Greek pappas; Latin papa) for, by virtue of their ordination and in view of their office as baptizers and teachers, bishops were believed to be specially endowed with the Holy Spirit.

The first references to “Fathers” as a group occurs during the 4th century and refers to bishops assembled in council, especially the legendary 318 fathers of the First Ecumenical Council of Nicaea in 325 a. d. This use was widely adopted during the great christological controversies of the 5th century, when ali parties appealed to “the Fathers.” Augustine was the first to include a non-bishop, the presbyter Jerome, among the Fathers, and the Gelasian Decree (6th century), listing works of the “Holy Fathers,” already included those of a layman, Prosper of Aquitaine.

Importance of the Fathers.

The growing use of the collective temi “the Fathers” in the early centuries had a double origin. On the one hand, the appeal to an authoritative group of teaching Fathers was an important tool in establishing the dogmatic proof from tradition that was required for any normative definition of Christian faith. The witness of the Fathers could serve as a normative guide in interpreting the true apostolic tradition, even though it was recognized that an individual Father nıight have erred in details. On the other hand, the reference to such a venerable group helped to prove to the outside world that Christianity was not a novel, barbarian movement, but possessed its own succession of literary giants who could compete with the best pagan authors. Jerome’s work On Illustrious Men, the first history of patristic literatüre, was written with this purpose in mind.

Throughout the Middle Ages the combined witness of the Holy Scriptures and the Fathers remained the standard of normative Christian tradition as well as of literary achievement. In modem Catholicism, the patristic witness constitutes only part of a dogmatic proof from tradition. However, the unanimous consensus of the Fathers is stili regarded as infallible. 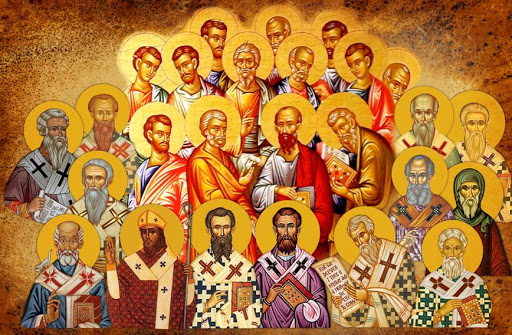 In the Eastern Orthodox Churches, the basic task of theology remains the exposition of dogma as it has been interpreted by the seven ecumenical councils and the holy Fathers. The study of theology must therefore include the study of the Fathers. Early Protestants showed a high respect for the Church Fathers, especially for those of the first five centuries, when, according to them, the church existed in a relatively pure form. However, their insistence on Biblical norms prevented them from attributing normative value to the teachings of the Fathers. They used “patristic theology” as a valuable control, but at the same time tried hard to demonstrate that their religious positions were the direct result df the true doctrine of the Fathers. This latter concern eventually led to the rise of a modem theological discipline called history of dogma, which investigates ali Christian doctrines from the view-point of historical development.

In the Roman Catholic community the Council of Trent created a new interest in the study of the Fathers and paved the way for the first comprehensive treatments of their work, during the 17th and 18th centuries (Robert Bellarmine, Remi Ceillier, Louis Tillemont) as well as for the great collections of patristic texts published by the Benedictines of St.Maur (Maurists) and others prior to the mammoth editions of the 19th century. Today “patristics,” or the science of the Fathers, is generally regarded as coextensive with the history of ancient Christian literatüre.

The era of the Fathers falls into three periods; the ante-Nicene centuries to the Council of Nicaea (325); the “golden period” of the 4th and 5th centuries; and the time of the later Fathers. Prominent among the ante-Nicene authors are the so-called Apostolic Fathers, a name given in the 17th century to the authors of a group of writings roughly con-temporary with the New Testament but not included in the canon: the two Epistles of Clement; the letters of Ignatius, Barnabas, and Polycarp; the Shepherd of Hermas; a church manual called Didache; the Epistle to Diognetus; and fragments by Papias.

Christian apologists of the 2d century include Justin Martyr, Quadratus, Melito of Sardis, Aristides, Tatian, Athenagoras, and Theophilus of Antioch. The towering figüre of the later 2d century wâs Irenaeus of Lyon. In the East, Alexandria saw the rise of the first great theologians: Clement of Alexandria (died before 215) and Origen (died 254). In the West, Tertullian (died after 220) and Cyprian (died 258) started to shape a Latin tradition that was continued by Arnobius and Lactantius (died after 217). 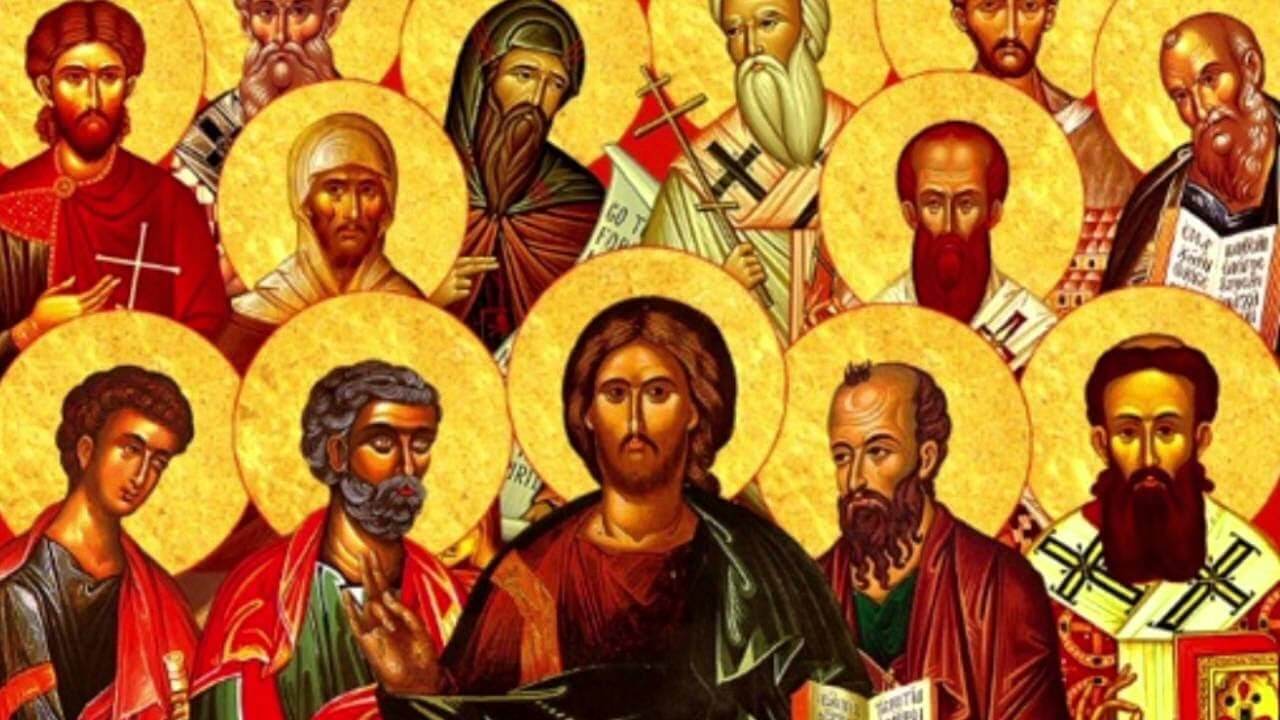 “Golden Era” of the Fathers.

The “golden” centuries open with the Fathers of the Constantinian era, especially Eusebius, the church historian (died 339), and Athanasius (died 373). The climax was reached in the East toward the end of the century with Cyril of Jerusalem (died 383), Didymus of Alexandria, called the Blind (died 398), Evagrius Ponticus (died 399), Cyril of Alexandria (died 444), and particularly the three Cappadocians: Basil the Great (died 379), Gregory of Nazianzus (died about 390), and Gregory of Nyssa (died after 394).

Of the later Greek Fathers, the writings of Dionysius the Pseudo-Areopagite and Leontius of Byzantium belong to the early 6th century. The most important Father of the 7th century was Maximus Confessor (died 662). In the West, authors like Boethius (died 524), Cassiodoms (died about 580), Gregory of Tours (died 594), and Isidore of Seville transmitted to the Middle Ages the Christian heritage together with the literary ideals of the classical world.

Syrian, Armenian, and Coptic Fathers. Most of the earliest Fathers wrote in Greek. The oldest Christian works in Latin date from the turn of the 2d century. But there is also an important body of patristic literatüre written by Fathers in other tongues, whose importance reached far beyond their small regional churches and who often laid the ground for new, indigenous literatures in their national languages: Syrian Fathers like Aphraates (died after 345), Ephraem (died 373), Rabbula of Edessa (died 436), Philoxenus of Mabbug (died 533); Armenians like Agathangelus and Eznik of Kolb; and Copts like Pachomius and Shenoute of Athribis.

In their works, the Fathers of the Church have left a fomıidable legacy that is significant not only for the history of Christianity but also for world literatüre, where immortal pieces such as Jerome’s Vulgate, Augustine’s Confessions and City of God, and Boethius’ Consolation of Philosophy continue to occupy places of honor.