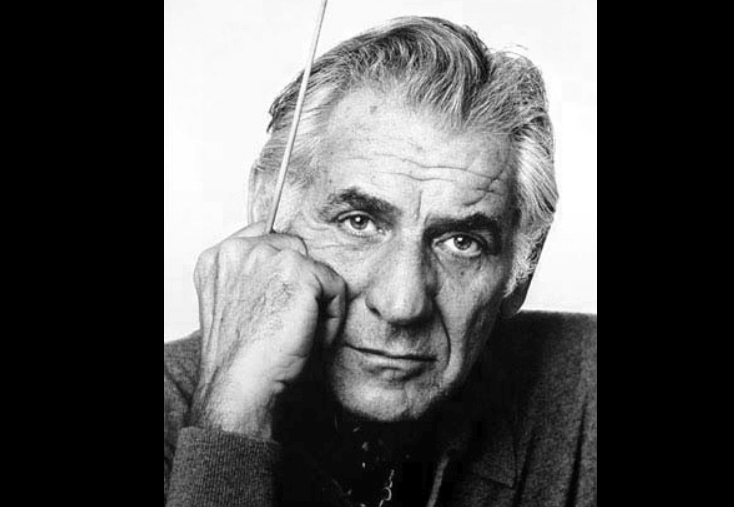 Leonard Bernstein; (1918-1990), American conductor and composer, who in 1958 became the first American-born music director of the New York Philharmonic orchestra. Bernstein became distinguished for his spirited and somewhat romantic conducting style and his special mastery of contemporary music. His own compositions often utilize the rhythms of modern jazz.

Bernstein was born at Lawrence, Mass., on Aug. 25, 1918. He graduated from Harvard (1939) and studied music with Fritz Reiner at the Curtis Institute of Music in Philadelphia. In 1943, after being appointed assistant conductor of the New York Philharmonic, he suddenly was called upon to substitute for guest conductor Bruno Walter. The enthusiastic response of the critics and public to this performance made his reputation. The following season three of his compositions had New York premieres—Symphony No. 1 (Jeremiah), the ballet Fancy Free, and the musical On the Town. In 1945, Bernstein was appointed conductor of the New York City Symphony, remaining for three seasons.

Bernstein wrote some of his best-known music in the 1950’s. The musicals Wonderful Town (1953) and West Side Story (1957) were long-run hits, and Candide received the New York Theatre Critics award for 1956. The Serenade for Violin and String Orchestra with Percussion (1954) won high critical praise.

In 1957, Bernstein was appointed coconductor, with Dimitri Mitropoulos, of the New York Philharmonic, and the following season he became music director. In 1966 he announced his decision to give up this post in 1969 in order to concentrate on composing. His televised lecture-concerts brought a new understanding of serious music to millions of viewers.