What does agave plant look like? Where do agaves grow? Information about the features of agave plants. 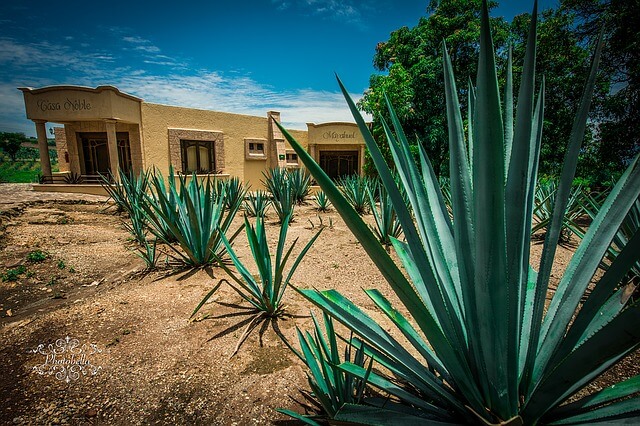 Agave; is a genus of American desert plants. The best known is Agave americana, the century plant, erroneously called “American aloe.” In Mexico, it is called the maguey.

From the high, dry Mexican tablelands, agaves extend south through Central America to Colombia, east through the West Indies, and north to Arizona, Utah, and, in the eastern United States, to Maryland. The plants were introduced into Europe very early, and were recorded in Spain and elsewhere in the latter part of the 16th century. A. americana now grows in southern Europe, northern and southern Africa, Ceylon, and India. 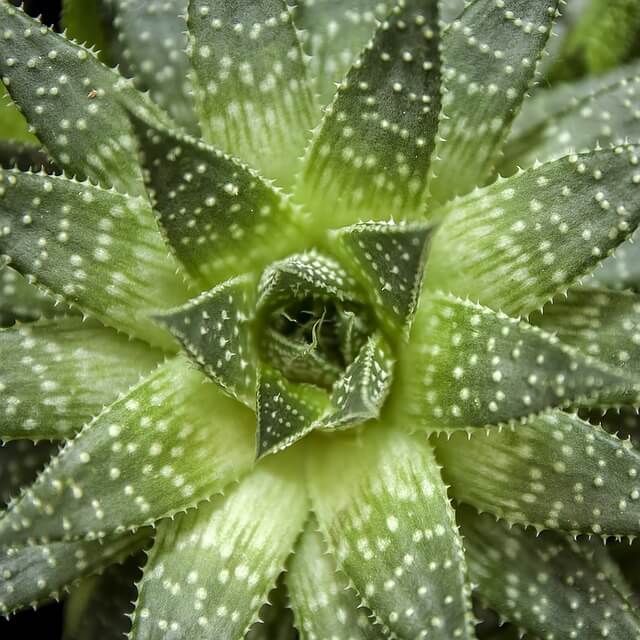 In most species of agave, the leaves are clustered near the base of the short stem. The flower stalk, which may be three or more feet high, ultimately develops from the center of the leaf cluster. In A. americana the thick, leathery, gray-green leaves are three to seven feet long and six to eight inches wide, with one short, curved terminal spine and numerous marginal spines. Varieties with white or yellow margins or stripes occur.

Agaves bloom infrequently, some species requiring 7 to 10 years. Agave americana usually takes somewhat longer, while Agave attenuata apparently needs 20 to 30 years to flower. Under unfavorable conditions, agaves may grow 50 years or more without blooming. In many species, including Agave americana, the plant dies after fruiting, although suckers are retained to produce new plants. Other species may blossom repeatedly.

The flower cluster is a striking pyramid shape or spike; in the century plant it is candelabra-like and sometimes reaches 40 feet. Flowering, accompanied by a shrinking of the leaves, may continue for 5 months in some species. In the century plant the yellowish green flowers, nearly 3 inches wide, have a many-seeded ovary. Bees are attracted by the abundant nectar.

In warm regions, agave is exceedingly important. Sisal hemp is derived from the leaves of Agave sisalana, a plant probably native to Yucatán, but grown extensively in the Bahamas, Africa, Java, Sumatra, and India. Henequen is a fiber obtained from the leaves of A. fourcroydes, native to Yucatán, and largely grown there. These fibers are used for binder twine, small ropes, and other cordage. Pita fiber comes especially from leaves of Agave americana. 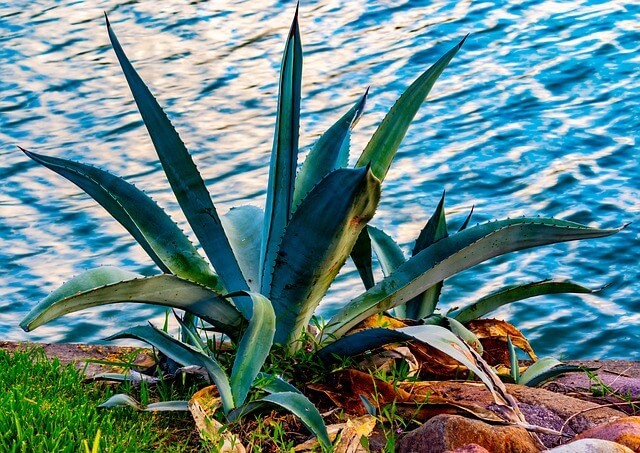 Agave is the source of several important Mexican drinks. In preparing pulque, the bud of the flower cluster, especially of Agave atrovirens, is removed, and the sugary liquid exuding is collected and fermented. A vigorous plant is said to yield approximately 250 gallons of sap. A distilled drink, mescal, is obtained from other species. Some agaves furnish soap, and others have been used medicinally. Century plants are widely grown as ornamentals.