What does fertilizer mean? What are the uses of fertilizers? Information on plant, organic (natural) and chemical (synthetic) fertilizers.

FERTILIZER, any substance added to the soil to provide one or more of the chemical elements essential for plant nutrition. Natural substances, such as animal excrement and straw and other plant materials, have been used as fertilizers for thousands of years, and since Roman times marl and other liming materials have been used to supply calcium and to reduce the soil’s acidity. These substances were the only fertilizers in use until the beginning of the 19th century, when bones began to be used and deposits of sodium nitrate were first used as chemical fertilizers. Today, both natural and synthetic fertilizers are available in a variety of forms. About 58 million tons (52.2 metric tons) of synthetic fertilizers (expressed as nitrogen, phosphoric acid, and potash) are used throughout the world each year. 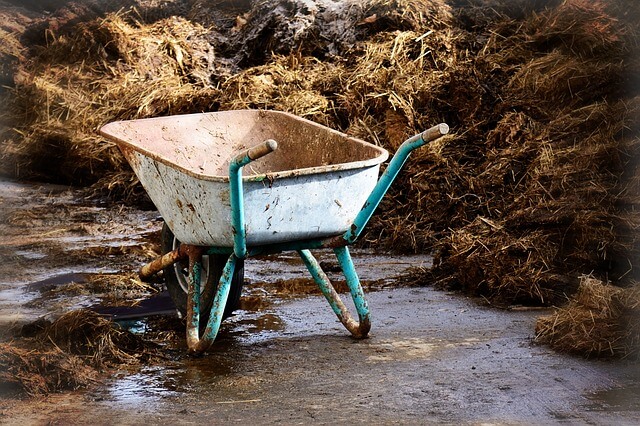 Except for carbon, hydrogen, and oxygen, which are supplied by air and water, all other essential plant nutrients usually come from the the soil. The nutrients required in the largest amounts are calcium, magnesium, nitrogen, phosphorus, potassium, and sulfur. These elements are generally required in quantities ranging from 10 to 400 pounds per acre (11.2 to 440 kg per hectare). Plants also need small amounts of boron, chlorine, cobalt, copper, iron, manganese, molybdenum, and zinc; these are the micro-nutrients, or trace elements. They are generally required in quantities of about one-fifth ounce per acre (6 grams per hectare) of molybdenum to 10 ounces per acre (280 kg per hectare) of iron and manganese.

When plants do not receive enough of an essential nutrient, they often show certain deficiency symptoms. For example, with too little potassium the leaves become yellow, or scorched, at the edges. Magnesium is an essential constituent of chlorophyll, and a deficiency causes plant leaves to become pale green between the veins. Phosphorus-deficient plants often turn purplish. These and other symptoms indicate a severe deficiency that, if uncorrected, results in a poor crop. 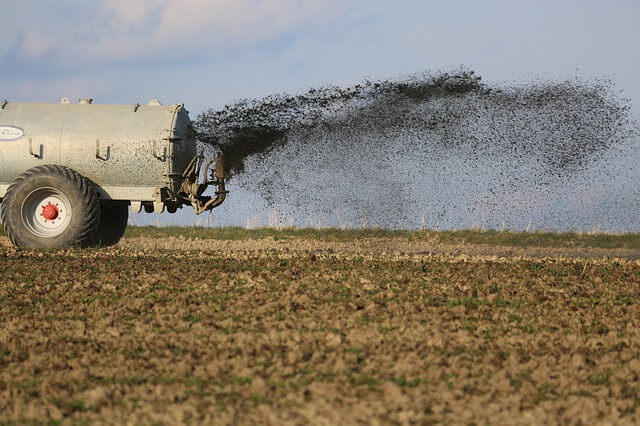 Most soils contain reserve supplies of plant nutrients. Farmers choosing fertilizers for their crops base their decisions partly on chemical tests that measure the available soil reserves of phosphorus, calcium, potassium, and magnesium and partly on the results of experiments testing the effects of fertilizers on crop yields. Also, the chemical composition of the plants growing on the land reflects their nutritional status, and analyses of selected plant parts are used to guide fertilizer programs for vegetables, sugarcane, pineapple, and other crops.

Chemical studies are also used for tree crops. Almost all of the permanent reserve of nitrogen is combined with the soil’s organic matter. Part of it is continually being released and converted by nitrogen-fixing bacteria into the forms that plants can use. The rate of this microbial action depends on the temperature and moisture of the soil. Unless inorganic nitrogen, added as fertilizers, is taken up by the crops, it is usually lost by the leaching action of excess rainfall. Unfortunately, there is no satisfactory chemical method of measuring the soil nitrogen potentially available to plants.

Phosphorus and potassium, unlike nitrogen, are not leached from soils. Any amounts that are not used by a crop combine with the soil constituents and can be used by later crops. Calcium and magnesium ions, as well as other cations, are retained electrostatically on the negatively charged colloidal complex formed by clay and organic matter. However, if the land is given more of these elements than can be held in this manner, the surplus is lost by leaching.

The natural fertilizers are materials derived from plants and animals. Generally, they are divided into two major groups: organic fertilizers and organic manures.

All the organic fertilizers supply nitrogen and phosphorus but are more expensive than the synthetic fertilizers and are therefore used very little in modern agriculture. However, they are often preferred by vegetable and flower growers because they act a little more slowly and, since most are insoluble in water, do not damage germinating seeds, young plants, or turf.

The organic manures are bulkier than the organic fertilizers and contain relatively lower amounts of plant nutrients. The best known of the organic manures is farm manure, the excrement of livestock together with the straw or other bedding materials. The composition of farm manure depends on the type of animals that produced it and how they were kept and fed. Usually, a single ton (0.9 metric ton) of manure from cattle, horses, or hogs is needed to supply about 10 pounds (4.5 kg) of nitrogen, 5 pounds (2.2 kg) of phosphorus pentoxide, and 10 pounds of potash. Chicken manures, which are drier and richer, supply about three times as much nitrogen and phosphorus per ton as other manures but only about the same amount of potassium. Organic manures also contain micro-nutrients, and a 10 ton (9 metric ton) application on an acre (0.4 hectare) may supply enough boron, copper, iron, molybdenum, manganese, and zinc for several crops planted in succession. Where organic manures are used regularly, micro-nutrient deficiencies are rare, and the organic matter of the soil increases. 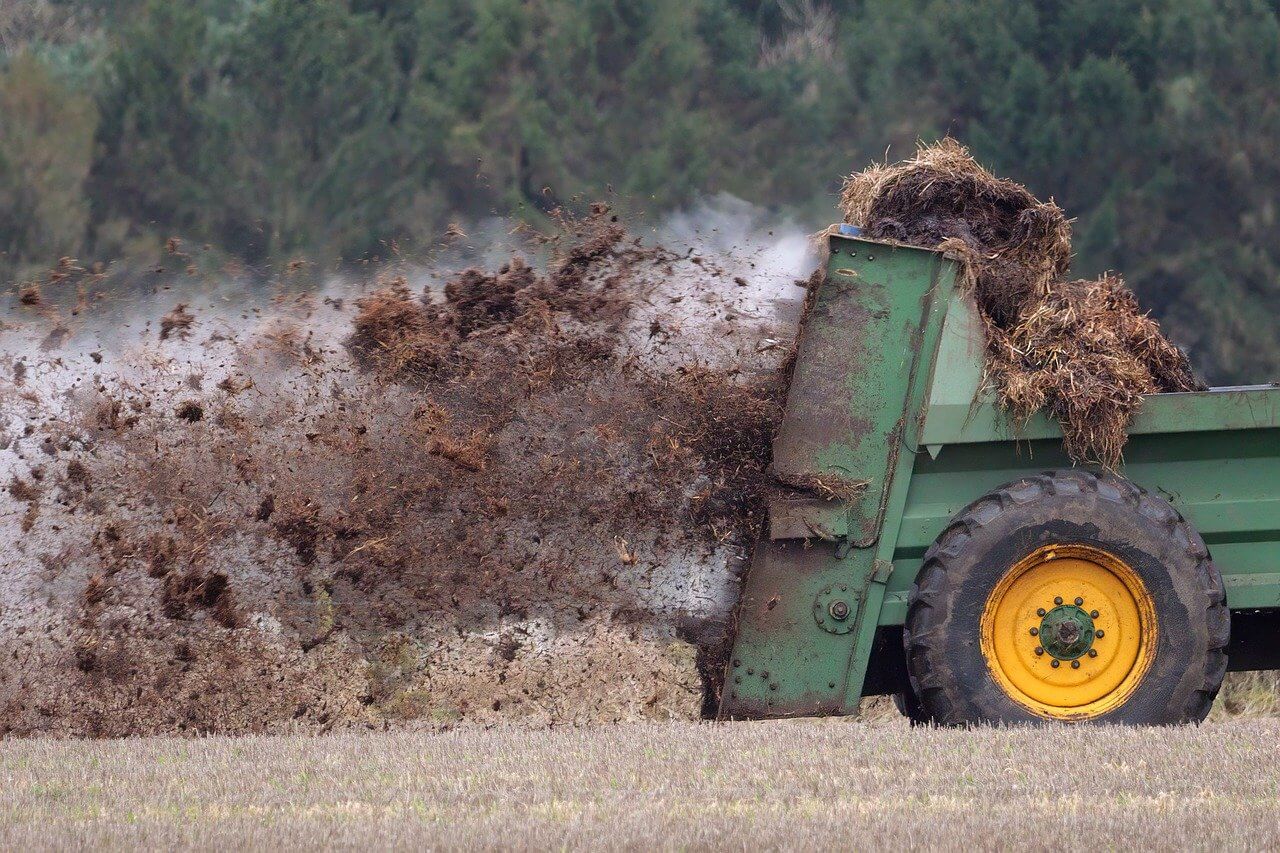 Sewage sludges and other urban wastes are often proposed as organic manures, usually to aid in their disposal. Sludges generally contain from 1% to 2% nitrogen and phosphorus pentoxide and even less potash, but specially treated sludges are richer and more useful to crops. The dusts and pulverized refuse from cities are poorer in nitrogen and phosphorus and are .of little value as manures. A serious hazard with all sludges and refuse materials is that they often contain enough metals such as lead, copper, and zinc to be toxic to plants.

Synthetic fertilizers are available in two basic forms: liquid and solid. Most solid chemical fertilizers are in the form of granules, often about 0.078 inch (2mm) in diameter. The granules store well and are easy to handle and apply. Formerly, chemical fertilizers were made mostly in the form of powders, but they were often too dusty or too hygroscopic (moisture absorbing) to be used conveniently. In recent years liquid fertilizers have become increasingly popular, providing about one-fifth of the nitrogen fertilizer used throughout the world.

In regions where light winter rainfalls or frosts limit losses in drainage water, fertilizers may be applied in the fall, but most often they are applied in the spring. Later applications, or dressings, to promote extra growth when it is needed during the growing season are usually with solids, but mid-season sprayings of liquid fertilizers are sometimes used. Whenever fertilizer is applied, it is often broadcast, or widely scattered, over the soil. For some crops, however, it may be placed in bands close to the plant roots. When volatile liquid fertilizers are applied, they are injected into deep slits in the soil.

Ammonia, which contains 82% nitrogen, is a gas at ordinary temperatures, and when it is liquefied, it must be transported and handled under pressure. Ammonia combines readily with the soil, and when it is used directly as a fertilizer, it is injected about 6 inches (15.2 cm) under the surface to keep it from seeping out.

Aqua ammonia is made by dissolving ammonia gas in water, and it contains from 20% to 28% nitrogen. Having little vapor pressure, it is easier to handle than liquid ammonia and need not be injected as deeply into the soil.

Oxidizing ammonia to give nitric acid and combining this with more ammonia gives ammonium nitrate, which contains from 32% to 33.5% nitrogen. It is a widely used fertilizer and is successful for most crops. One exception, however, is paddy rice. In flooded fields a microbial denitrification process converts nitrate to nitrogen gas, which is then lost. Ammonium nitrate is sold in granulated and prilled forms and is also sold as a mixture with limestone.

Ammonium sulfate, with about 21% nitrogen and 25% sulfur, was formerly obtained mostly as a by-product from the coking of coal, but now it is made mostly from synthetic ammonia. Ammonium sulfate is becoming relatively less important as a fertilizer because it is not as concentrated as other nitrogen fertilizers, but it is still favored in the tropics because it is not too hygroscopic and handles well. Also, it is very suitable for paddy rice.

Ammonia combined with hydrochloric acid gives ammonium chloride, which contains about 28% nitrogen. Like ammonium sulfate, it is weM suited for paddy rice. 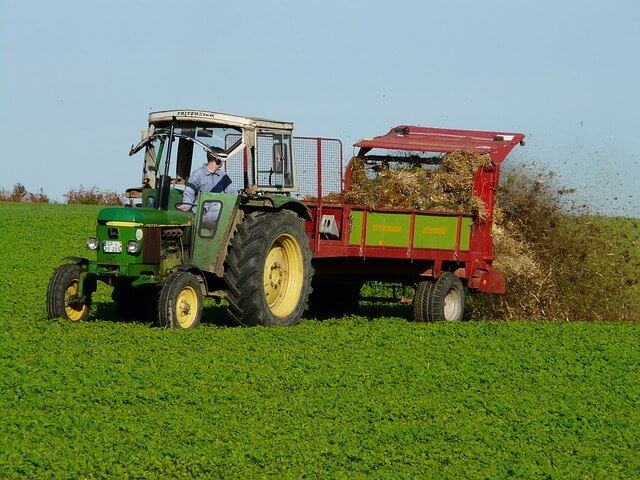 Urea, which contains from 45% to 46% nitrogen, is the most concentrated solid nitrogen fertilizer. It is made by combining ammonia with carbon dioxide under pressure. In the soil it hydrolyzes quickly to ammonium carbonate, which is unstable and releases ammonia gas that may damage delicate roots or escape into the air. Therefore, urea is not placed near seeds or young plants.

Other forms of nitrogen fertilizers are only important in a few places and for special crops. Sodium nitrate (16% nitrogen), potassium nitrate (13.5% nitrogen, 44% potash), and calcium nitrate (15.5% nitrogen) are very soluble and act quickly. They are used mostly for topdressing row crops, tobacco, and vegetables.

Synthetic nitrogen fertilizers that release their nitrogen slowly are being developed as alternatives to the natural organic fertilizers. The best known of these are the reaction products of urea with formaldehyde, which may contain as much as 38% nitrogen, two thirds of which is insoluble in water and acts slowly. These fertilizers are relatively expensive and are used chiefly for ornamentals and turf grasses.

Synthetic liquid nitrogen fertilizers are made by dissolving ammonium nitrate and urea in water or aqua ammonia. Some of these solutions have no free ammonia and are easy to handle and apply.

All synthetic phosphate fertilizers are made from deposits of rock phosphate, mostly calcium phosphates. A small proportion of rock phosphate is used in untreated, finely ground forms on acid soils. However, nearly all the rock mined is dissolved in acids to make water-soluble phosphate. 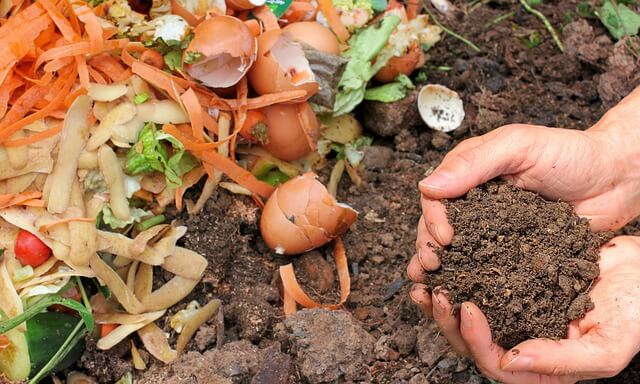 All potassium fertilizers are water soluble. Differences in their value and uses depend on the type of ion accompanying the potassium.

Potash salts, also known as manure salts, are crude potassium salts with 25% or 30% potash. They also contain sodium chloride, which is especially useful for sugar beets and related crops. Kainite, with 15% to 20% potash, is a double salt that also supplies magnesium.