What is a gorilla look like? How do gorillas live, features of them. Gorilla facts about. 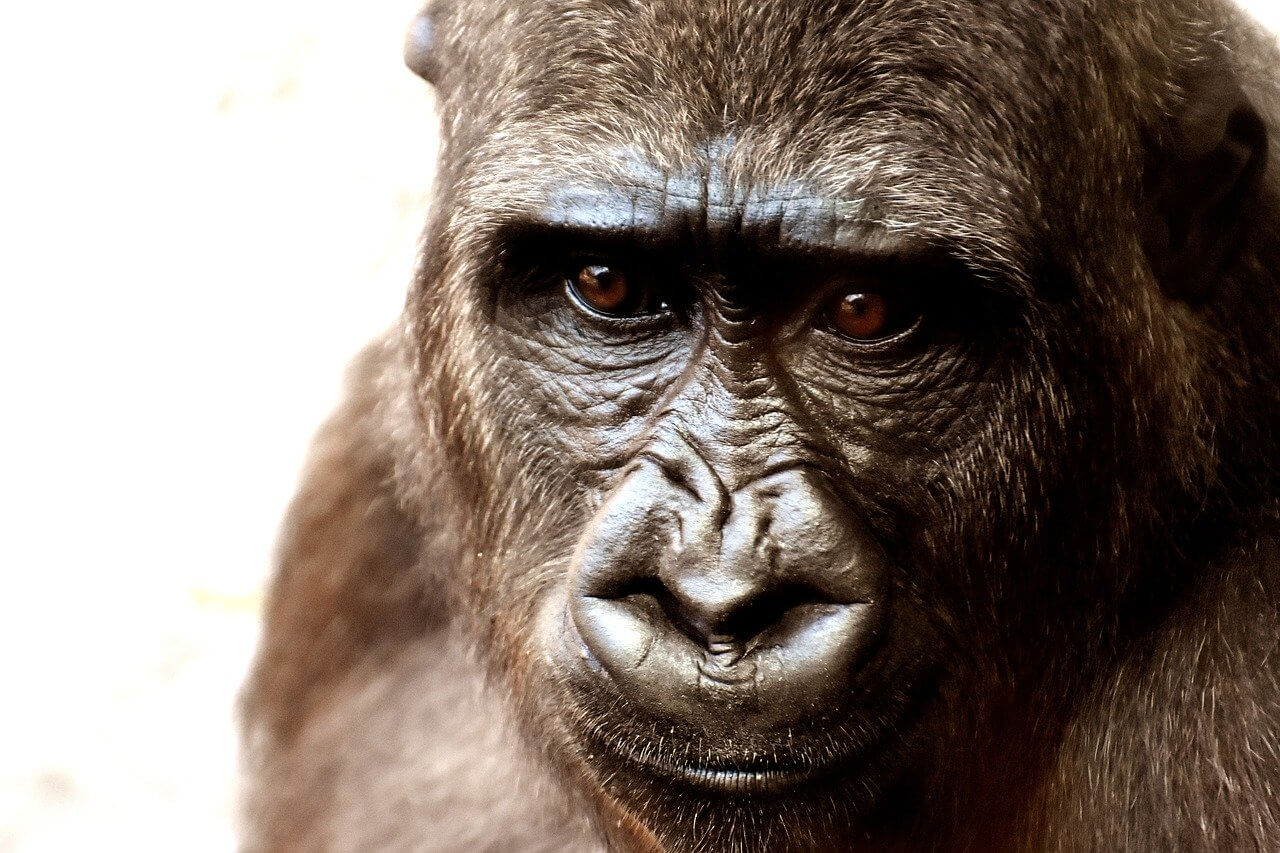 Deep in the African forests lives the gorilla, the largest of the apes and one of those which are most like man. This tailless mammal has almost naked hands, feet and face, but the rest of its black skin is covered with black hair which is sometimes, and particularly in old age, tipped with white.

The eyes are set in deep hollows in its wrinkled face, while its ears are small and its teeth powerful. The fully grown male gorilla frequently reaches the height of a tall man and is much heavier, sometimes more than 400 pounds (28 stones). It has massive shoulders and can spread its arms as much as nine feet wide. The females are much smaller. 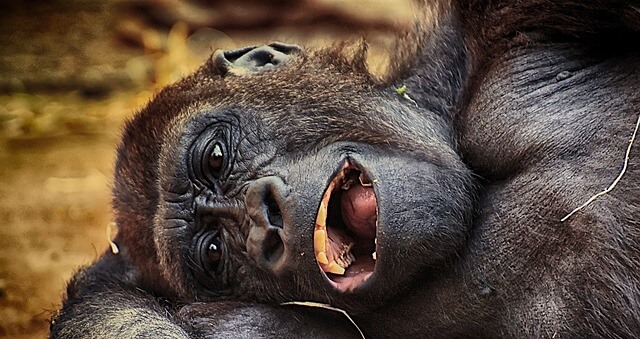 The gorilla does not do so well in captivity as its relative the chimpanzee. Scientists have done their best to study it in its natural surroundings but this has proved difficult because it lives either alone or in small family parties in the thickest forests. The common short-haired kind, or low-land gorilla, is found in the tropical forests near the-west coast of Af rica, from the Congo River to the Cameroons. The longer-haired mountain gorilla lives in the high forests at the eastern edge of the Congo Basin, being well able to live at a height of 10,000 feet above the sea. The mountain gorilla was discovered in 1902, and is now extremely rare.

Although gorillas may eat meat if they find it, they do not kili other animals for food but live mostly on tender shoots and fruits. They spend most of their time on the ground. At night the females and young are said to sleep in nests, high out of reach of lions and leopards, but the pfale is so strong that he stays on the ground all night. The only other animal he fears is man.

Although these great apes can walk upright more naturally than the chimpanzee, they normally move about on ali fours, taking some of the weight on their knuckles. The males have a peculiar habit of drumming rapidly on their chests with both hands. However, it is wrong to think of them as naturally fierce, although they can be very dangerous if they are attacked. Some which were captured young were easily tamed and became playful and affectionate in their early years, but they are perhaps the least intelligent of anthropoid, or man-like, apes. 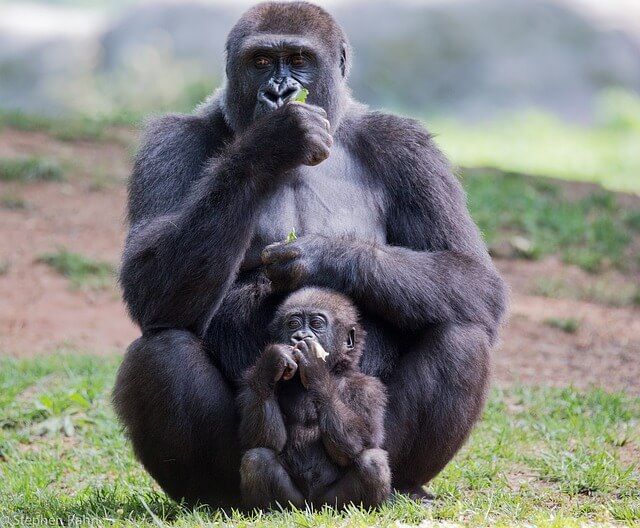 A baby gorilla weights about 4,5 pounds at birth and not more than 14 pounds at one year. By about 12 years it has grown to its full height but will get much heavier. Gorillas in captivity have been known to live for more than 20 years.