What is the definition of platelets? Information about the structure and functions of platelets 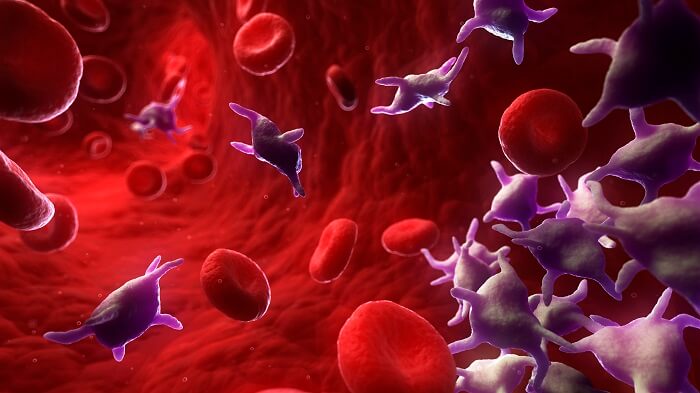 Platelets; Platelets, or thrombocytes (“clotting cells”), are the smallest blood cells, measuring only from 1 to 2 microns in diameter. They are round or oval and named for their platelike shape, and like red blood cells they have no nucleus. Unlike red blood cells, however, they contam a few granules, which are collected mostly in the central part of the cell. There are about 300,000 to 400,000 platelets in each cubic millimeter of blood.

Formerly, blood platelets were not considered to be real cells but were believed to be dead fragments of cytoplasm derived from certain cells of the bone marrow. It is now known that platelets have a very active metabolism and a definite life span. After being formed in the bone marrow, they circulate in the blood for about nine days before dying. They are composed chiefly of lipids, proteins, and carbohydrates, and have been found to contam many different enzymes.

Platelets have the peculiar property of binding various substances formed in other parts of the body and carrying them through the circulation. They are particularly adapted for carrying certain chemicals, including serotonin and other blood amines such as histamine, epinephrine (adrenaline), and norepinephrine (noradrenaline).

The platelets are also important in the process of blood clotting. When a blood vessel is cut, they adhere to the rough surfaces and release substances that help form the blood clot. In certain instances, they stick to each other, forming large aggregations. No other cells or body constituents can replace the functions of the platelets in stopping bleeding. Thus when platelets are lacking in the blood, bleeding often occurs spontaneously.