What is Heart Murmur? Information about Heart Murmur symptoms, causes and treatment in children.

Heart Murmur; The words heart murmur have an alarming sound to parents. It’s important to realize that a great majority of heart murmurs don’t mean anything serious. Generally speaking, there are three kinds, called acquired, congenital, and functional (or “innocent”).

Most acquired murmurs in childhood come from rheumatic fever, which inflames the valves and may leave scars on them afterward. This causes them either to “leak” or to obstruct the proper flow of blood. When a doctor hears a murmur in a child’s heart that wasn’t there before, it may mean, on the one hand, that active rheumatic inflammation is going on. In this case, there are other signs of infection, such as fever, rapid pulse, elevated blood count and sedimentation rate. The doctor treats such a child with drugs and keeps him at complete bed rest until all signs of inflammation go away-even if it takes months. On the other hand, if there have been no signs of active infection for some time, the murmur may be due to old scars left over from a previous attack. 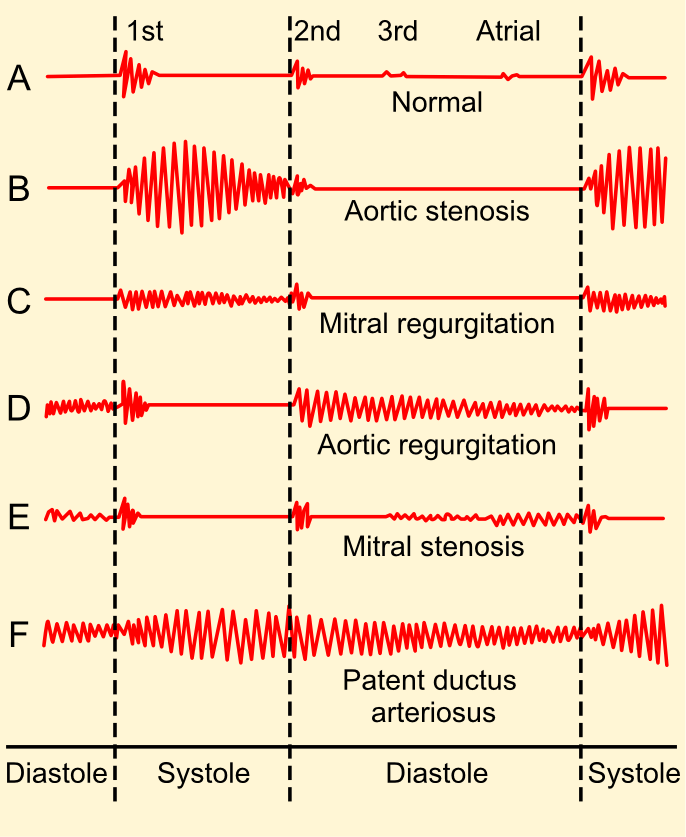 In former years, the child with an old murmur was sometimes treated as a semi-invalid for years, forbidden to play active games or sports, even though there were no signs of active infection. A doctor’s tendency nowadays is to let the child who is completely over the stage of active inflammation go back gradually to as normal a life as possible (including flie games and sports that he can do easily), if the healed scars do not noticeably interfere with the efficient working of the heart. There are two reasons for this. The muscles of the heart, as long as they are not inflamed, are strengthened by ordinary activity. Even more important is keeping the child’s spirit healthy—preventing him from feeling sorry for himself, from feeling that he is a hopeless case, that he’s different from everyone else. Such a child should be receiving absolutely regular medication, however, to prevent farther streptococcus infection.

A murmur caused by congenital heart disease is usually discovered at birth or within a few months afterward (occasionally not till several years later). Such a murmur is usually not caused by inflammation but means that the heart was improperly formed in the first place. The important thing is not so much the murmur itself but whether the malformation interferes with the efficiency of the heart. If it does, the baby may have blue spells, or breathe too hard, or grow too slowly.

A baby or child with a congenital heart murmur needs a careful investigation by specialists. Some cases that are serious can be cured by operation.

If a child with a congenital murmur can exercise without turning blue and without becoming abnormally out of breath, and grows at the normal rate, it is important for his emotional development that he not be thought of or treated as an invalid but that he be allowed to lead a normal life. He does need to avoid unnecessary infections and to be well cared for during illnesses, but so do all children.

The term functional or innocent murmur is just a clumsy way of saying that a child has a murmur that doesn’t come from a congenital malformation pr from rheumatic fever. These innocent murmurs are very common in the early years of childhood. They tend to fade out as the child reaches adolescence. Your doctor tells you about an innocent murmur in your child so that if it is discovered later in childhood by a new doctor, you can explain that it has been there all along.