Information on the Greek Goddess Aphrodite, myth, story and facts. The role of Aphrodite in Greek Mythology.

Aphrodite; The Greek goddess of love. Unlike her Roman counterpart Venus, with whom she was identified, Aphrodite was not only a deity of sexual love but also of affection and all the impulses that underpin social life. Her amorousness may be partly explained by one of the legends concerning her birth. When Kronos cut off Ouranos’ phallus with a sharp sickle, he flung the immortal member into the sea, where it floated amid white foam. Inside the divine flesh a goddess was nurtured, whom the Greeks called Aphrodite, ‘she who came from the foam’. In this way she reached ‘sea-girt Cyprus, where two important shrines were built for her worship at Paphos and Amathos, the latter being dedicated to a bearded form reminiscent of the Assyrian Ishtar.

In fact Aphrodite traveled the opposite way: she came from Cyprus, an island under West Asia influence since earliest times. It was competition with Hera, the indigenous earth mother and wife of Zeus, that caused her to specialize as a love goddess, becoming in time the mother of Eros, a deity with whom, originally, she had nothing whatever to do. Older aspects of her cult—a Greek metamorphosis of the Sumerian Inanna—survive in her names. Aphrodite was Apostrophe, ‘she who turns herself away’; Androphonos, ‘man killer’; Tymborychos, ‘gravedigger’; Anosia, ‘the unholy’; Epitymbidia, ‘she upon the tombs’; and, above all, Pasiphaessa, ‘the far shining’ queen of the underworld. The Athenians regarded her as ‘the oldest Moirai’ —the senior of the Fates. As a goddess of love, Aphrodite collected special epithets too, like Kallipygos, ‘she of the beautiful buttocks’; ¡vlorpho, ‘the shapely’; and Ambologera, ‘she who postpones old age’. At Corinth there were even temple prostitutes. 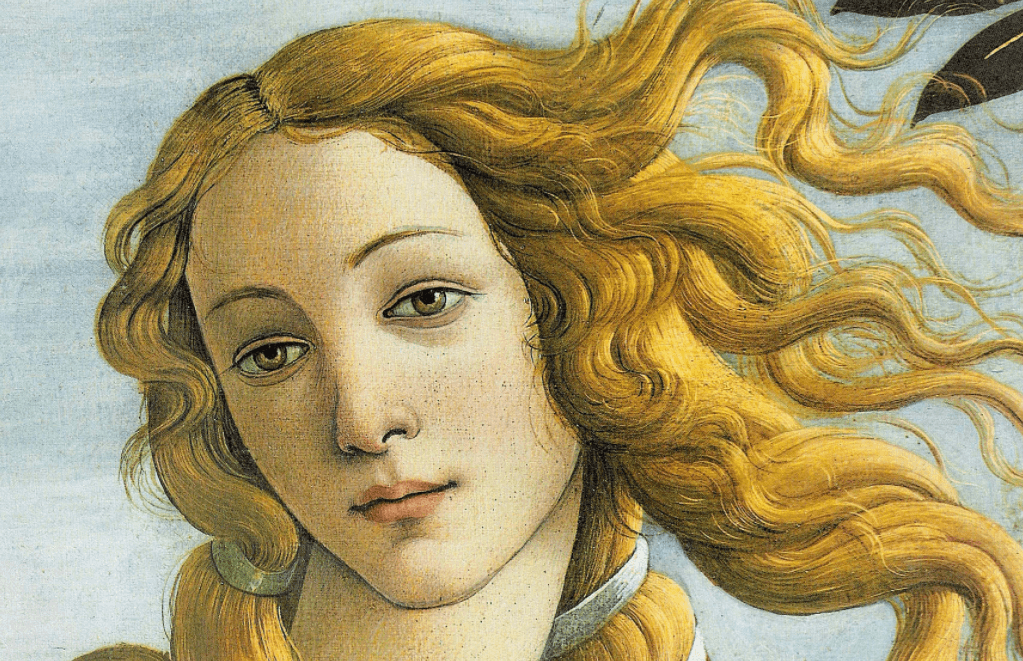 According to legend, the Horai received Aphrodite on Cyprus, whereupon they covered her nakedness with proper attire. These divinities were the daughters of Themis, the goddess responsible for order, justice, and the seasons. The first statue of the naked goddess was made by the sculptor Praxiteles and erected at Cnidus on the south-west coast of Asia jvlinor in the fourth century BC. The Cnidians revered the cockle, because it was believed that the love goddess had grown inside a cockle-shell.

The unfaithful wife of Hephaistos, the crippled smith god, Aphrodite had several children by the war god Ares. When the outraged husband devised a trap of subtle chains and caught the lovers together in bed, he called the Olympian gods to witness his shame. But they all laughed, except Poseidon, who promised a fitting atonement on behalf of the gods. Only then did Hephaistos consent to unchain Aphrodite and Ares.

Most beloved by Aphrodite was Adonis, the Syrian god killed by a wild boar. Born of an incestuous relationship between a king and his twelve-year-old daughter—possibly the King of Lebanon who was deceived by – Princess Myrrha—Adonis was so handsome that Aphrodite and Persephone, the queen of the dead, quarrelled over his possession. Their violent dispute was brought before Zeus, who ruled that for a third part of the year Adonis was to dwell by himself; for a third part with Persephone; and for a third part with Aphrodite. Thus the Syrian god died and revived annually, while his guilty mother was turned into a tree that wept a spicy gum: myrrh.

Of historical interest are the two stories that connect Aphrodite with Troy. So potent was the love goddess that she even compelled Zeus to fall in love with mortal women and to neglect her rival Hera, daughter of Kronos and Rhea. In return Zeus compelled her to be enamored of the Trojan herdsman Anchises. Disguised as a Phrygian princess, she visited the cattle-pens, dazzling the poor man with her beauty. Although the terror of Anchises after their night of love was justified, he had the compensation of knowing that their son Aeneas would be the founder of the Latin nation in Italy. For having slept with the goddess—a costly privilege for any mortal—Anchises was either lamed by lightning or blinded by bees. While Aphrodite was instrumental in saving a remnant of the Trojans through providing them with the leadership of Aeneas after the fall of the city to the Greeks, she contributed to the fatal conflict herself. In order to be judged the most beautiful of the goddesses by Paris, the son of Priam and Hecuba, when he was serving as a shepherd, Aphrodite promised him the hand of Helen, already the wife of the Spartan King Menelaus. The abduction of Helen by Paris brought about the Trojan War.