James Gordon Bennett Sr; (1795-1872), American newspaper publisher and editor, who founded the New York Herald and made it the most powerful voice in American journalism in its day. 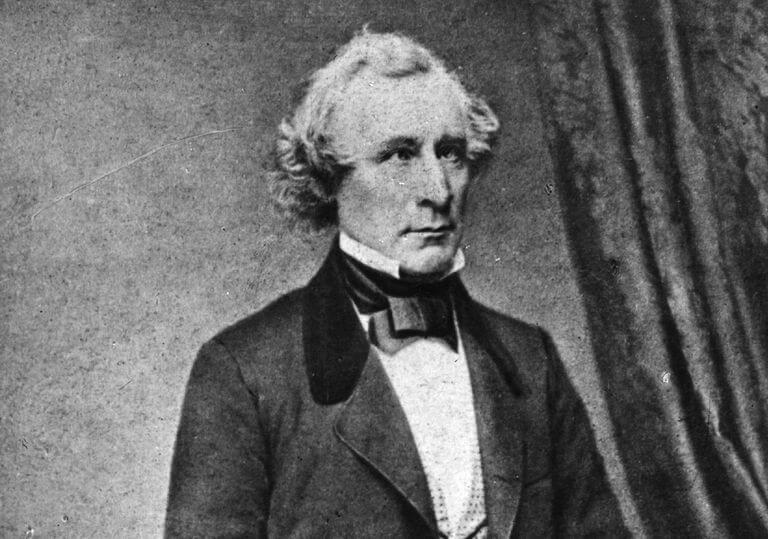 He was born in Keith, Banffshire, Scotland, in 1795. His parents were Roman Catholics, and young Bennett began to study for the priesthood. However, he left the seminary in 1819 and went to the United States. He worked as a proofreader and as a book salesman in Boston, performed minor newspaper chores in New York City and Charleston, S.C., and in 1827 became a Washington correspondent for the New York Enquirer. For four years he reported congressional proceedings and wrote lively, barbed comments on the Washington scene, meanwhile gaining insight into American politics.

In 1834, after unsuccessful attempts in 1832 and 1833 to establish a newspaper, he rented a cellar at 20 Wall Street in New York City; his only office equipment was a plank laid across two flour barrels that served as a desk and counter. He engaged two Ann Street printers to set his type, and on May 6, 1835, with $500 capital, he launched his penny daily, the New York Herald. Bennett was editor, reporter, proofreader, ad-taker, folder, and cashier—”one poor man in a cellar against the world.”

Bennett was the first to print accounts of stock market transactions, and his “money” article became a daily feature of the Herald. He covered single-handed the great fire of December 1835 in New York City, writing a graphic account of it for his four-page paper. In 1836 he became financially independent as the result of an advertising contract with a patent medicine manufacturer, and a short time later he quit the cellar, hired a managing editor, and moved to the corner of Fulton and Nassau streets. 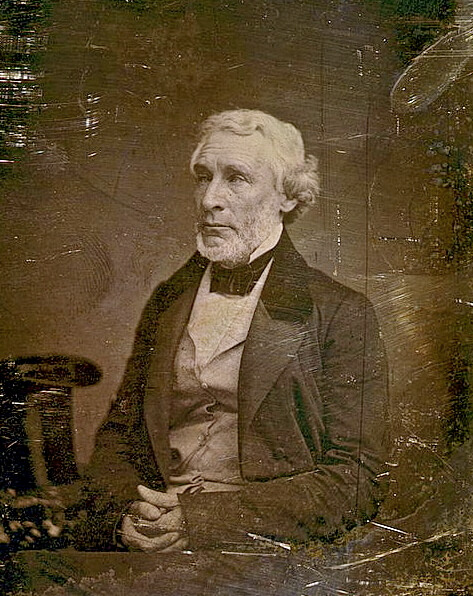 During the Mexican War in 1846, Bennett arranged weekly overland express service to carry the war news to New York City. To get news from Europe ahead of his competitors, he maintained fast dispatch boats off Sandy Hook, N.J. After meeting incoming ships 50 to 100 miles at sea, these boats would speed up New York Harbor with fresh news for the Herald. During the Civil War he employed 63 war correspondents and spent $525,000 to gather war news.

Even after he could well afford a large staff, Bennett continued to do much of the work on the Herald. Usually he rose at daybreak and wrote editorials, short fillers, and miscellany before breakfast. From 9 a.m. to 1 p.m. he read newspapers, talked to callers, and edited copy, often writing a column of news as well. In the afternoon he went to Wall Street for financial items, read proofs, took advertisements, and kept his books. He died in New York City, on June 1, 1872.

James Gordon Bennett, Jr. (1841-1918), his son, was also a newspaper editor and publisher. He was born in New York City on May 10, 1841. He assumed control of the New York Herald just before his father’s death and continued the policies of the elder Bennett. He also established an afternoon paper, the Telegram, and founded the English-language Paris Herald for Americans traveling abroad. In 1871 he commissioned Henry M. Stanley to search Africa for the missing missionary Dr. David Livingstone. Bennett died in Beaulieu, France, on May 14, 1918. Emmet Crozier, Author of “Yankee Reporters”