Information on the Aztecs Goddess Coatlicue, myth, story and facts. The role of Coatlicue in the Aztecs Mythology.

Coatlicue; Literal meaning: ‘the serpent lady’. She was the Aztec earth goddess, and the mother of Huitzilopochtli, the tribal god of the Aztecs. Although one of the wives of the cloud serpent Mixcoatl, who was also the god of hunting, Coatlicue was magically impregnated with Huitzilopochtli. One day while she was sweeping a feathery ball descended to her like a lump of thread, and she took it and put it in her bosom.

After the housework was done, she looked without success for the ball, from which legend says she became pregnant without sin. This miraculous conception awakened the fury of her existing offspring, 400 sons and daughters aggrieved by the apparent slight on the family honour. They would have killed their earth serpent mother had not Huitzilopochtli emerged fully armed from her womb and set about his brothers and sisters, many of whom he slew. 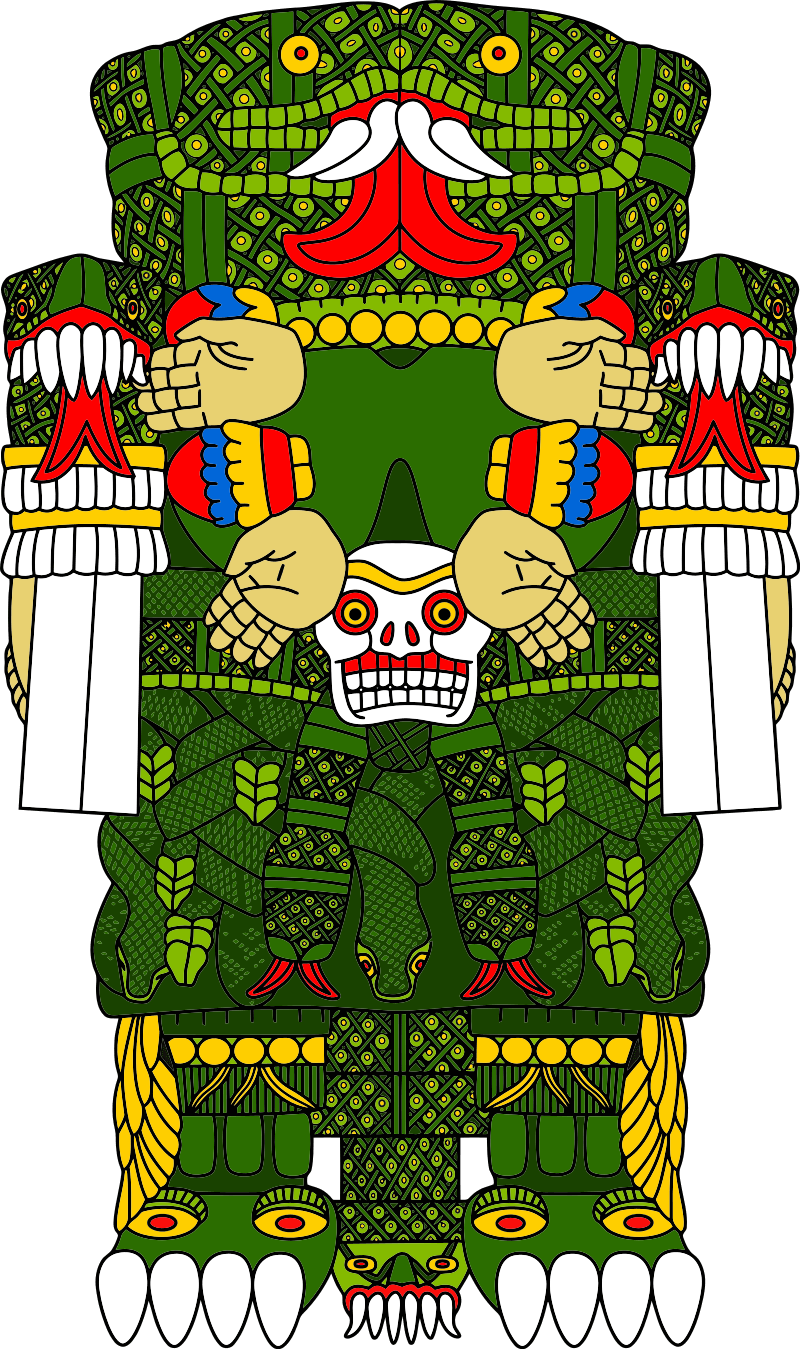 Statue of Coatlicue displayed in the National Museum of Anthropology in Mexico City (Source : wikipedia.org)

Coatlicue was the earth serpent goddess. She was of especially horrible aspect: her skirt was of writhing snakes, her necklace of human hearts and hands supported a skull pendant; her hands and feet were clawed; her breasts were flabby; and her diet was the corpses of human beings. Coadicue represented the devouring mother who was at once the womb and the grave. Under the Aztecs land was not owned by anybody. The earth was Coatlicue: she freely gave to men her fruits but no person could expect to cultivate a specific portion of the goddess in perpetuity. Officials would rightly declare after two or three years that the goodness of a plot was exhausted and the time had come for it to be left fallow.