The bronze age corresponds to the second of the 3 great eras of history that characterized the Age of Metals.

This period begins with the discovery of the fusion between tin and copper and ends with the iron domain, which gives rise to the third and last stage of metals: the iron age. Next, a chronology or timeline that illustrates the ages:

In the Bronze Age the first civilizations and the social division arise. The elite of high social status was that of warriors. Technically, the appearance of metallurgy during this period is considered, but only gold and copper were worked. Generally houses were built in mud and wood.

Then, and as a summary of the Bronze Age, we will mention the main characteristics of this period, its stages, evolution in the tools and evolution of the way of life of people in this era. 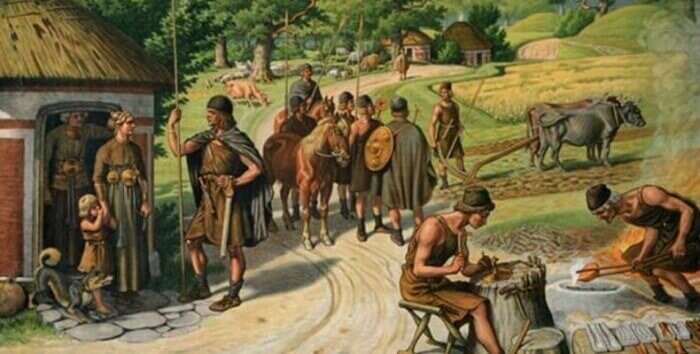 Ancient bronze age (1500 – 1200 BC). It was characterized by the collective burial of corpses. It is a primitive society dedicated to hunting and fishing. The first agricultural-livestock activities and the commercialization of metals arise. As for the armament appear the first flat axes similar to those of stone.

Average bronze age (1200 – 1000 BC). The humans of this era begin to travel for commercial purposes. The first buildings emerge. Here you can see a jump in terms of the evolution of weapons of war and their military / military organization, since their weapons are already more individual. This is how swords and raphes are forged.

Final or recent bronze age (1000 – 900 BC). It is the period of transition towards the iron age. There is a great cultural transformation. Tombs emerge as a symbol of power and social status. There are also settlements in high places with walls and great forts. From the warlike point of view, a greater variety of swords and spear points arise. War clothing is also made (armor, shields, helmets, etc.).

A sedentary society arises in contrast to the previous period in which nomadic life prevailed.

Prototypes of numbering and symbology appear.

Generally houses were built in mud and wood. As for the constructions of the period, we can distinguish (in general lines) 4 different types:

Populated in plains or flat places on the shores of a river.
Stilt houses (houses built on sticks or wooden poles) on the shore of the lakes.
Larger populations but have defenses or some kind of strengths.
Some caves or rock shelters. 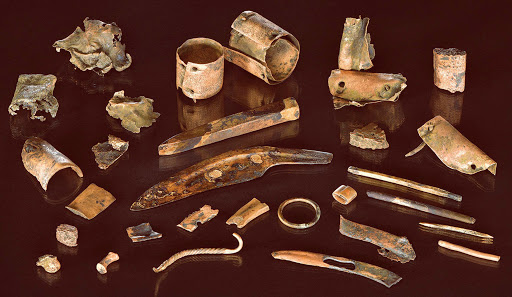 The social status began to be felt hand in hand with craftsmanship forged in bronze. At a higher social and economic level, more crafts with decorations in bronze. This was observed not only in the funeral rites but also religious and hierarchical.

One of the religious beliefs in the Bronze Age was related to funeral rituals and worship of the dead. Here are tombs of a collective nature. The average life was around 30 years. By the study of the tombs of this period it is deduced that the concept that was had on the death was different from the present one. Importance or importance was subtracted from it. Hence, the tombs are community at first.

There is a distinction regarding the funeral ritual that differs in each of the 3 periods of the Bronze Age.

Ancient bronze The burials are in common graves without distinction of the name of the deceased. The cemeteries were scattered and mostly on the coast of the rivers.
Medium bronze The cemetery is located in more specific places and far from the coasts. In addition the burial mounds (tombs) arise.
Final or recent bronze. It goes from burial (burial) to cremation.

During the Bronze Age the first civilizations and the social division arise. The elite of high social status was that of warriors. 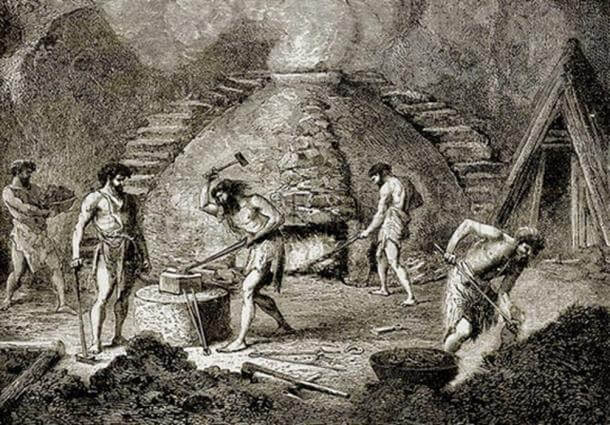 Its economy is based on stone mills, barns and commerce that intensifies because the horse is used to pull carts and thus travel greater distances for commercial purposes. During this period the trade of salt and glass was born.

Also appear the first crafts among them the figure of the artisans.

The figure of the craftsman takes on special importance during this period. The decorative elements appear in the tools, vessels, glasses, jars and bowls.

Technically, the appearance of metallurgy during this period is considered, but only gold and copper were worked. Regarding the practical purposes it is considered that it was during the iron age that the great evolutionary leap and the final domination of the metallurgy were generated.