What is the meaning of Gladiator? What does Gladiator do? What does a Gladiator look like? Information about the history. 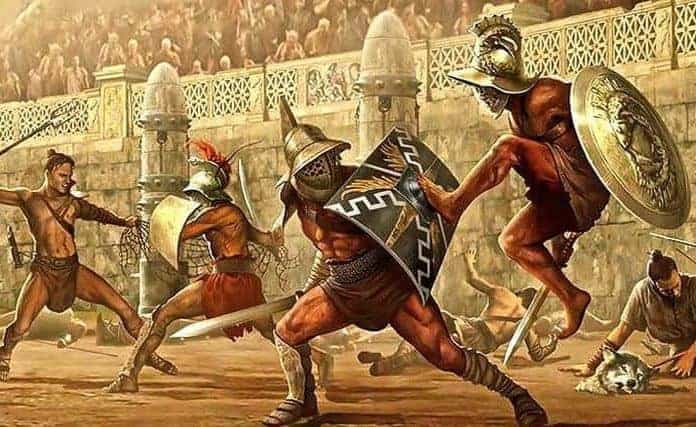 Gladiators were professional fighters who fought to the death at public shows in ancient Rome. (Gladius is the Latin word for “sword”.) The custom seems to have started with the Etruscans of northern Italy and at first the combats (fights) took place at funerals to honour the memory of the dead man. First seen at Rome in 264 b.g., these combats soon became popular shows and spread all over the Roman Empire, including Britain.

Gladiators fought with different weapons and sometimes one kind was matched against another. Some had short swords and some long, some had one sword in each hand and some had daggers. One kind, the retiarius, had a net which he threw over his opponent to entangle him, and if he succeeded stabbed him with a trident or three-pronged fork. Others tried to lasso their opponents. Others fought on horse-back or in chariots as the ancient Britons did. 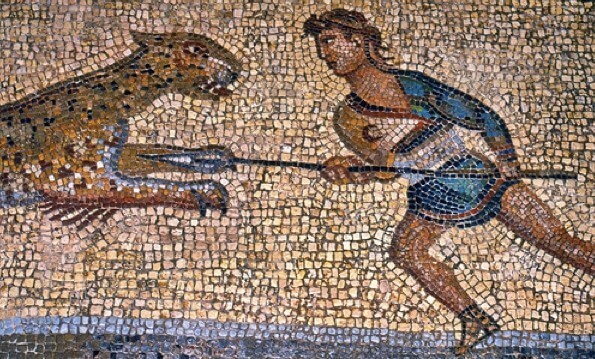 Gladiators were usually condemned criminals or prisoners of war or slaves, though some were respectable men and under the Emperor Nero even senators (members of the government) and women took part. The Emperor Domitian arranged a battle between dwarfs and women. The gladiators were trained in special schools and many were owned either by the State or by private citizens, who sometimes made money by hiring them out. They were sworn to fight to the death and if they showed cowardice were tortured or killed. When a gladiator was seriously wounded the crowd shouted Habet and he lifted up his forefinger to implore mercy. If the crowd wished him to be spared they waved their handkerchiefs, but if not they turned their thumbs down.

It is remarkable that the Romans, who were in many ways very civilized, should have encouraged and enjoyed watching such a horrible and brutal spectacle. Although the practice was forbidden in a.d. 325 it was not finally stamped out until the early 5th century.