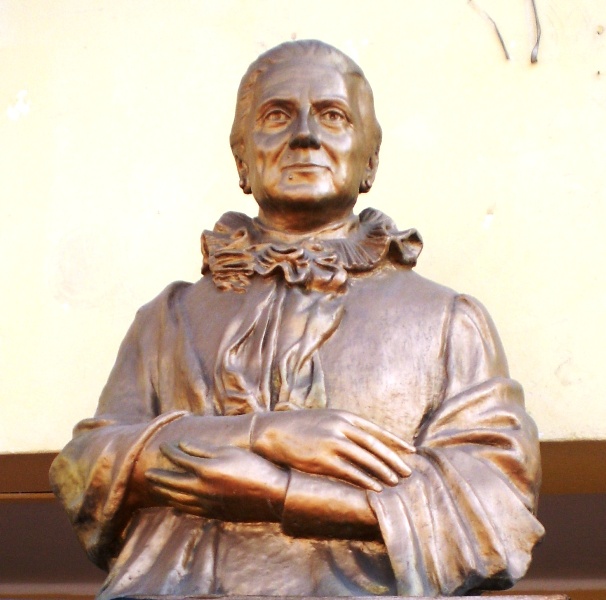 Juana Alarco Espinoza de Dammert was born in the city of Lima on May 27, 1842. Her parents were Julián Alarco and Mercedes Espinoza.  She studied her at the school run by Cruz Andrade de Noel and received private French and music lessons. From a young age and thanks to the influence of her father, Juana was very humanitarian when she accompanied her father on her tour of the San Andrés Hospital.

On December 31, 1861, she married the German businessman Juan Luis Dammert, and then traveled to France. In the French capital she continued studying and enjoyed reading very much. She soon became interested in social medical care for mother and child.

In 1871, Doña Juana traveled to Germany with her family, staying in that country for 14 years. The time she spent in Germany and in other countries of the old continent was of great benefit to her. She was present at the application of the Roussel Law in France that protected children and quickly became a follower of the proposals offered by Fermín Marbeu referring to maternity cradles. She was also a follower of the Froebel Teaching Method, which in those years was somewhat revolutionary, allowing the creation of Kindergartens and play methods.

Returning to her homeland

Returning to her homeland in 1886, Juana found it necessary to give much of her time to restoring the ravages left by the war and foreign occupation. Soon, her eldest son who was born in 1865 passed away and she saw the need to create a movement of social solidarity in favor of mothers and abandoned children. She would soon have her first project, a maternal cradle, and later 2 schools would be established for children of different sexes and ages under 7, where Froebel’s modern methods would be applied. She would also prepare young ladies from Lima so that they can become teachers.

With all her ideas and projects, Juana Alarco makes public the purpose of her actions, for her the school should provide physical, intellectual and moral education at the same time. The poor child should receive all of this at the same time, since the goal of education is to make children worthy children of God and the country.

Years later, in 1905, he created the Normal School, and in 1908 he created the Kindergarten, which, when moved from the premises, gave rise to the Primary School No. 437. Later this school functioned as Educational Center 1049, with its first director, Professor Elvira Rodriguez.

For all the works that she carried out, Juana Alarco de Dammmert is considered the creator of children’s cribs in Peru and manager of the constitution of the Ex Hospital del Niño. Called the grandmother of children and benefactor of childhood and helpless mothers, she died in a fatal traffic accident on August 2, 1932, at the age of 90.