Who was Carlos Fuentes? The life and works of Mexican writer Carlos Fuentes, considered one of the greatest Spanish novelists in Latin America. 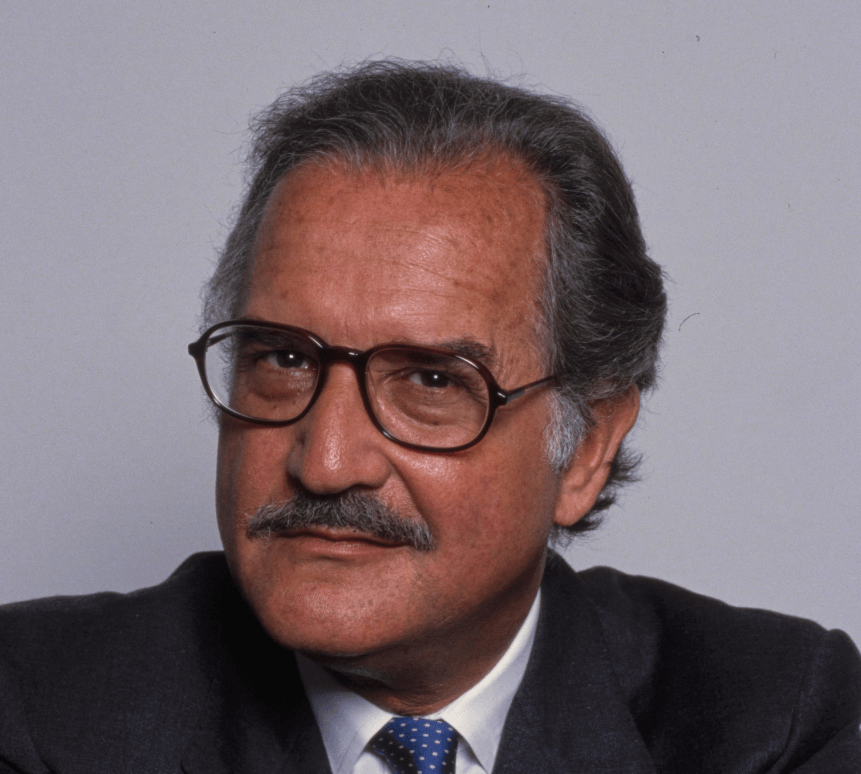 Carlos Fuentes (1928-2012) was a Mexican writer, considered one of the greatest Spanish-language novelists in Latin America. In the 1960s, Carlos Fuentes lived in Paris, Venice and London. He has taught at Harvard, Cambridge, Princeton and other internationally renowned universities.

Carlos Fuentes was born in Panama City, Panama, on November 11, 1928, at the time when his father was serving as a Mexican diplomat in the country. Fuentes spent his childhood in several countries, including Argentina, Brazil, Chile, Uruguay and the United States. At the age of 16 he went to Mexico, where he began his work as a journalist.

Carlos Fuentes graduated in Law from the National Autonomous University of Mexico and in Economics from the Institute of Higher International Studies in Geneva, Switzerland. In 1954, Carlos Fuentes founded, with the critic Emmanuel Carballo, the Revista Mexicana de Literatura, which he began to edit while collaborating with other publications. In 1954, Fuentes debuted in literature with the book of short stories, “Los Dias Enmascarados”, which was well accepted by critics.

The writer’s fame came with his debut as a novelist with the publication of “A Região Mais Transparente”, published in 1958, an ambitious work in which he sought to engage in the Experimental Romance current. From this work, his production incorporated influences foreign to Hispanic literature and literary resources such as the interior monologue and frequent references to the past.

With the publication of “Las Buenas Conciencias” (1959), Carlos Fuentes began a tetralogy that he left unfinished. The work narrates the hopes of the young Jaime Ceballos, from an aristocratic and Catholic family, in the Mexican Revolution, and the final disillusionment with the movement’s destiny.

In the 1960s, Carlos Fuentes lived in Paris, Venice and London. He has taught at Harvard, Cambridge, Princeton and other internationally renowned universities.

In 1962, Carlos Fuentes released one of his best-known works, “La Muerte de Artemio Cruz”, which tells the story of a man who won in life thanks to the Revolution and then, rich and powerful, does not hesitate to betray her and dies. in misery.

From 1975 to 1977, he was Mexico’s ambassador to France. A diplomat and active public intellectual, he was guided by a conception of the democratic left. He was for a long time a critic of the misdeeds of the Institutional Revolutionary Party of Mexico.

His fictional work, composed of 22 novels and nine collections of short stories, constitutes a vast panorama of Mexican history. He was, alongside Mário Vargas Llosa, Gabriel Garcia Marquez and Octávio Paz, an exponent of the Latin American literary boom of the 1960s.

Carlos Fuentes was noted for his fantastic realism style, a frequent feature in Latin American authors. The work “Gringo Velho” (1985), which was adapted for the cinema.

Carlos Fuentes received the National Literature Prize, the most important of its kind in his country. He received the Miguel de Cervantes Prize in 1987, the Príncipe de Asturias Prize in Spain, the UNESCO Medal of Picasso, and the title of Doctor Honoris Causa from the University of the Balearic Islands, Spain, for the quality and extent of his work.

Carlos Fuentes Macias passed away in Mexico City, Mexico on May 15, 2012. “There are things we feel on our skin, others we see with our eyes and others that just beat in our hearts.”

“Certainly, there are acts that only happen because we fear them. If our fear didn’t invite them, they wouldn’t come.”

“The past is written in memory and the future is present in desire.”

“Every discovery is a desire, and every desire a need. We invent what we discover; we discover what we imagine. Our reward is enchantment.”