Samuel Butler; (1835-1902), English novelist and essayist, who attacked the complacency, hypocrisy, and ignorance of the Victorian period. His satire is sharp and witty, and his refutation of accepted theories and attitudes of all kinds is scholarly and ingenious. Butler’s fame rests principally on Erewhon (1872), a utopian novel satirizing English society, and The Way of All Flesh, a semiautobiographical novel that brilliantly mocks the hidden cruelties of family life. The latter is considered a manifesto of freedom from parental domination—an appropriate final comment on the Victorian age.

Butler, the son of a clergyman, was born in Langar, Nottinghamshire, on Dec. 4, 1835. He was educated at Shrewsbury School, where his grandfather, Bishop Samuel Butler, had for many years been headmaster, and at St. John’s College, Cambridge. Despite religious doubts, he prepared for ordination and became lay assistant to a curate in the London slums. His theological studies and his slum experience convinced him that he could not follow family tradition and enter the ministry After months of indecision and disagreement with his father, who frowned on his wish to be a painter, Butler emigrated in 1860 to New Zealand, where, with money advanced by his father, he bought a sheep run. 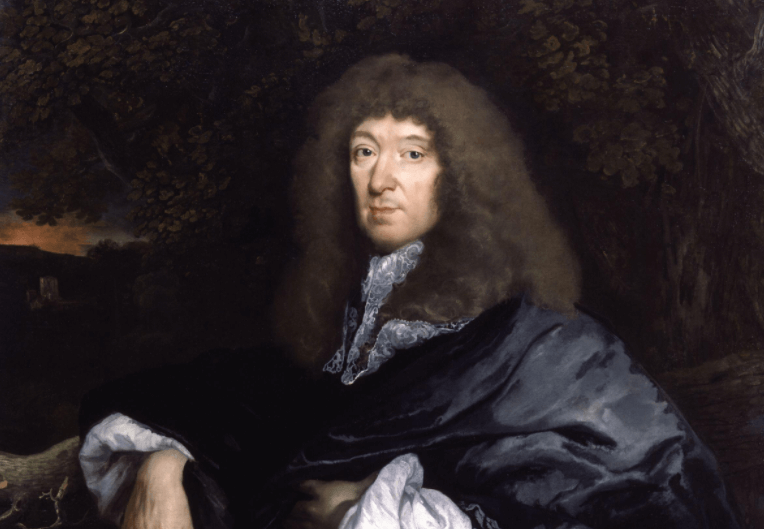 In 1864, Butler sold the sheep run at a large profit, returned to London, and took rooms in Clifford’s Inn, which was his home for the rest of his life. His relations with his family remained permanently strained; he and his conservative father were incomprehensible to each other, and he detested his sisters. Also, having lost his own money through unwise investment, he resented his father’s refusal to give him more than a ‘meager allowance from the family fortune.

Butler indulged in few comforts and no luxuries. In London he soon settled into a regular routine of writing, painting, and composing music; study at the British museum; walks in the country; and evenings with one or two friends. The New Zealand venture had made him financially independent for some years, and he was able to ignore his father’s disapproval. He enrolled in Heatherley’s Art School, and there, in 1871, he met Eliza Mary Ann Savage, who was witty, intelligent, and kind; unfortunately she was also lame, homely, and nearing middle age. She loved Butler deeply, but he was too completely a bachelor ever to respond, although occasionally he seems to have suffered a guilty awareness of responsibility toward her. He thoroughly enjoyed their intellectual relationship, however; and she became his best critic.

Butler’s one other close friend was the solicitor Henry Festing Jones. Their friendship began in 1876 and lasted until Butler’s death. Together the two men listened to music—especially Handel —and composed music, traveled frequently to Italy, and shared most of their leisure. Jones admired Butler so much that he became virtually his replica in tastes, appearance, and bachelor habits. He later wrote Butler’s biography.

Butler had moderate success with his painting (between 1868 and 1876 a dozen of his works were hung in the Boyal Academy), but he soon realized that he lacked true talent. Also, as a musician he knew he was only an enthusiastic amateur. His real forte was writing. While in New Zealand he had read Darwin and, as an amateur biologist, had published several newspaper articles on Darwinian evolutionary theories. In 1870 he began to develop these articles into a longer work, Erewhon. Over the next 30 years he published a number of iconoclastic works on religious, scientific, and literary topics and worked on The Way of All Flesh. He died in London on June 18, 1902.

Butler delighted in upsetting accepted ideas of all kinds. Erewhon (1872) tells of a visit to an imaginary country, really a satirical duplicate of contemporary England. Its name is an anagram of “Nowhere”, and its chief feature is the reversal of all normal values. In Erewhon it is a penal offence to be physically ill or unhealthy, but immorality and crime are treated sympathetically as diseases. The narrator’s host discusses at length his “attack” of embezzlement and the cure described by the straightening.” The English church is satirized in the system of “Musical Banks,” whose currency no one believes sound but all profess to admire. At the university the main study is “hypothetics,” and there are courses in how to say nothing at great length. All machines have been banished for fear that they might, by evolution, grow powerful enough to enslave men. Privately published, Erewhon was warmly received by the public and was the only one of Butler’s works to bring him some income, but its outright denial of accepted religious belief horrified Butler’s family.

Published in 1873 under the pseudonym John Pickard Owen, The Fair Haven parodies confessions of religious doubt and argues on deliberately illogical grounds for belief in miracles. Although intended as a satire, it was I taken by many readers as a serious apologetic for religion until Butler admitted his authorship.

Turning again to Darwin’s theory of evolution, Butler this time attacked it as being too mechanistic. He presented his beliefs in Life and Habit (1877), Evolution, Old and New (1879), Unconscious Memory (1880), and Luck or Cunning As the Main Means of Organic Modification? (1886). What Darwin considered acquired characteristics Butler held could be inherited, and evolution was not caused by natural selection and chance, as Darwin taught, but by the unconscious memories of previous adaptations transmitted by each sperm and egg cell. This theory, Butler felt, restored purpose and meaning to the universe, but it gained no serious attention from any leading scientist.

Butler next turned to literary detective work. In the Humour of Homer (1892), On the Trap-anese Origin of the Odyssey (1893), and The Authoress of the Odyssey (1897), he argued that the Iliad was written by a Trojan who hid his real sympathies to gain a wider audience, that Odysseus’ voyage from Troy was really a circumnavigation of Sicily, and that the Odyssey was written by a woman because no man would have been so ignorant of farming and seafaring and yet so informed on household matters. Robert Graves has recently made these theories the basis of a lively novel, Homer’s Daughter (1955). In connection with his Homeric interest, Butler also made prose translations of the Iliad and the Odyssey. Still intrigued by literary mysteries, he wrote Shakespeare’s Sonnets Reconsidered (1899), in which he rearranged the sonnets to tell a coherent but improbable love story.

Butler’s various works of literary research fared no better than his attempts at new scientific and theological theories. Instead of stirring up a storm of controversy for which he longed, they were virtually ignored. Other works were hardly more successful. They included the Life and Letters of Dr. Samuel Butler (1896), about his grandfather.

In his last book, Butler returned to the subject of his one previous success. Erewhon Revisited (1901) is a development of the themes in Erewhon, particularly the attack on revealed religion, but the satire is much more biting and the characters lack the redeeming features that in the earlier book made them seem charming despite their folly. Because of his ridicule of the Church of England, Butler could not find anyone to bring out the book until George Bernard Shaw introduced him to his publisher. In 1901, Erewhon Revisited and an expanded version of Erewhon appeared.

All his life Butler strove for recognition as a bold iconoclast. Yet, ironically, to spare the feelings of his family, whom he despised yet faithfully visited he dared not publish in his lifetime the work on which his fame chiefly rests. The Way of All Flesh, begun in 1873 and worked on until 1883, appeared the year after his death. It is a bitter indictment of the Butler family in particular and of the hypocrisy and subtle sadism of the Victorian middle-class family in general. To control young Ernest Pontifex, his clergyman father uses fanatical harshness, his mother guileful sentimentality. They rationalize their lies and betrayals as being for the good of their children. But beneath a self-righteous facade of bigoted Christianity, both are abysmal egoists. Like Butler, young Pontifex gives up a career in the church and, after a series of misadventures brought on by his innocence, gullibility, and longing for affection, finally achieves happiness as a cynical and atheistic bachelor. Butler is at his best in this novel, particularly in the more polished first third. It is a brilliant, witty, devastating portrait of parental hypocrisy, and all subsequent novels of family life are indebted to its honesty.