How does the Respiration system of insects work? Information About Respiration System Of Insects 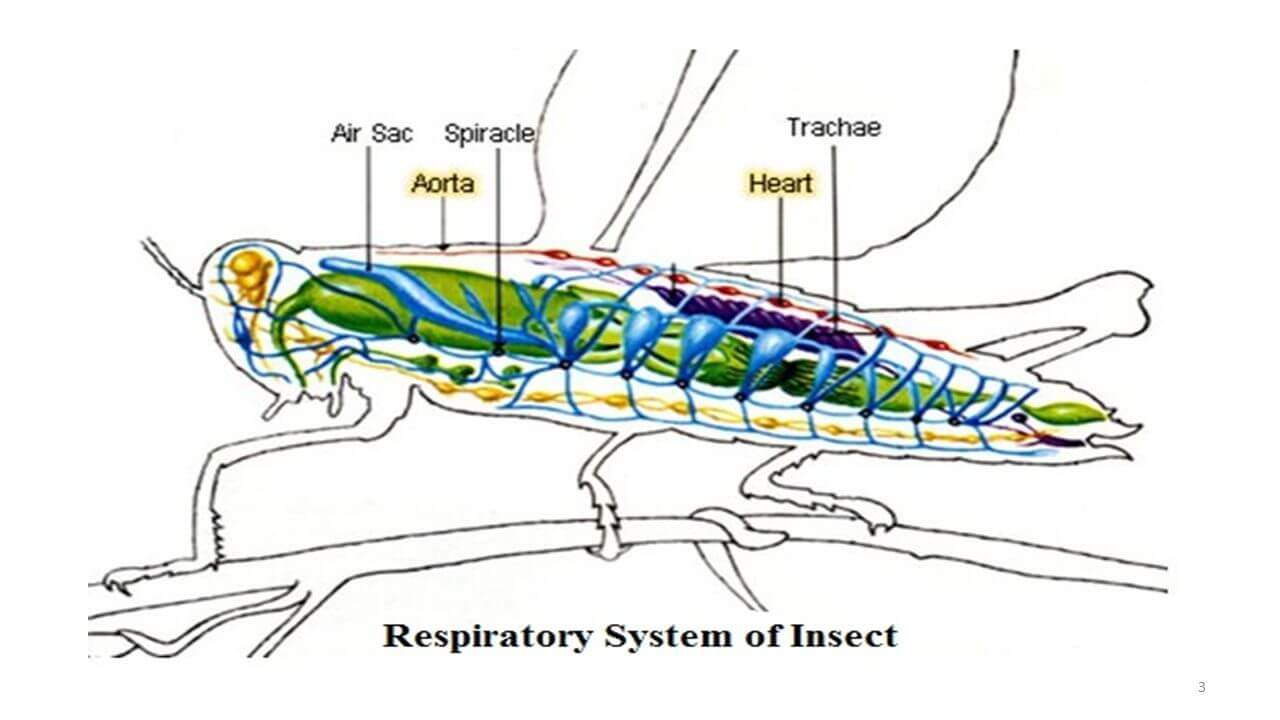 Oxygen is generally carried directly to the body cells through a vast system of branching tubules called the tracheal system. Air enters the insect’s body through small holes, called spiracles, located on the thoracic and abdominal segments. Each spiracle opens into a trachea, a tubule that is structurally part of the cuticle and is lined with chitin that is thickened into spiral supporting threads. Each trachea forms many branches, each of whieh divides many times until the tiniest tubules, called tracheoles, penetrate into individual body cells. In some insects, the tracheae also connect with large trunks that extend along either side of the body, forming a unified tracheal system.

No insect has more than two pairs of thoracic spiracles, and most adult insects have several pairs on the abdominal segments. By means of muscles at the spiracle openings, the insect can selectively open and close individual spiracles, creating a current of air through the main branches of the system. In many insects there are also air sacs, enlargements of the tracheae that serve to increase the amount of air that can be taken into the body.

The tracheal system, with its open spiracles, is adapted for breathing air from the atmosphere, but many insects live under water for long periods of time. Breathing under water may be accomplished by one of two methods. In one method, called plastron breathing, the insect carries down with it a bubble of air that is held över the spiracles by tiny hairs projecting from the cuticle. In the second method, the insect’s tracheal system is entirely enclosed so that oxygen can be obtained only by diffusion from the water. Some aquatic insects that breathe by this method have tracheal gills, which expose large areas of the tracheae to the water.