What is the definition of gate? What are the gate types, Interesting facts about gates.

Gate; Some of the earliest gates in Britain were the great oaken ones with which the nobles and soldiers of the middle ages defended their forts and castles. Gates in those days were not meant to be ornamental but were simply to keep the enemy out, however hard he might try to get in. The gates of a castle were fixed in an arched gateway made of stone on the outer brink of the moat, and there were holes in the top of the arch so that the defenders could drop boiling pitch down on to the heads of the enemy. To guard the entrance even more strongly there was also a portcullis in the arch—a heavy iron grating supported on chains, which could be let down whenever necessary. 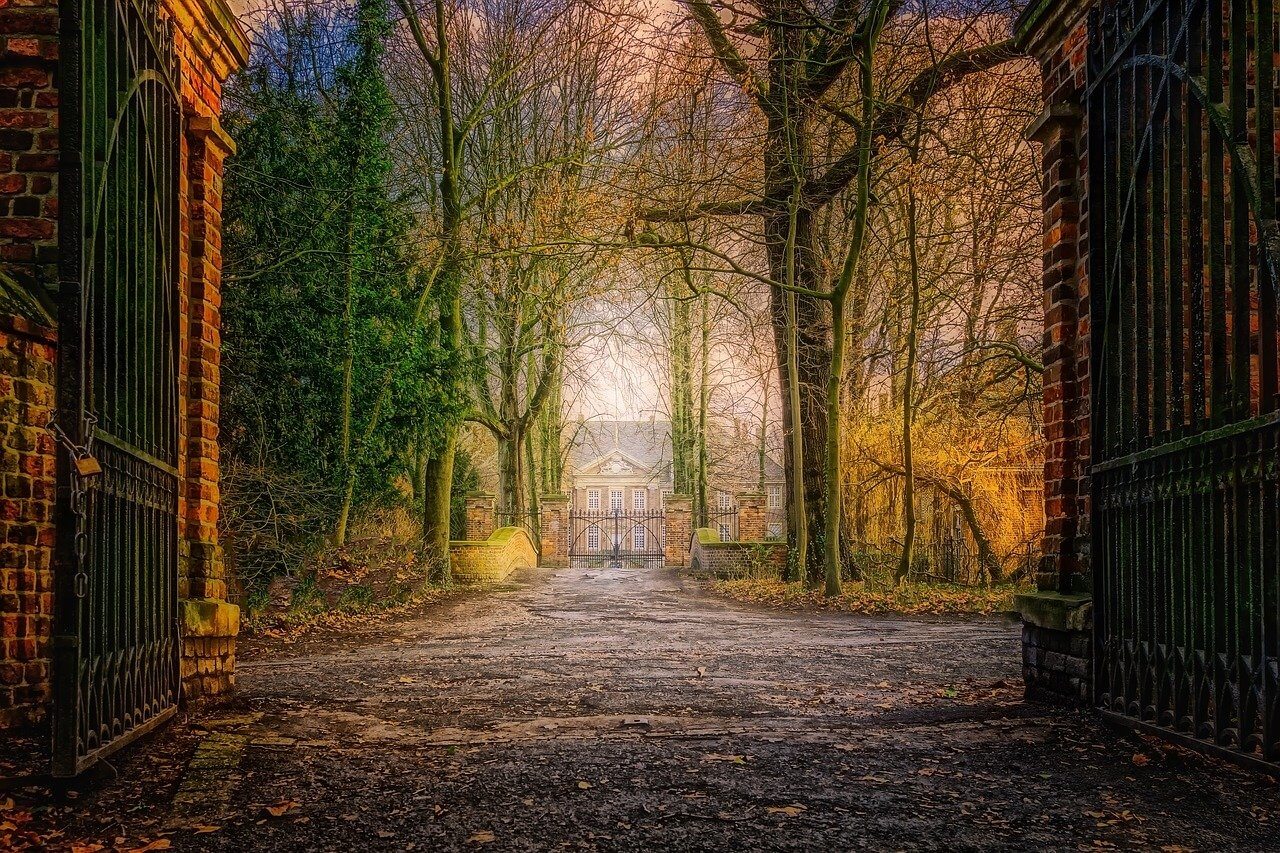 The most useful gates today are the field gates of the countryside. Field gates did not begin to be much used until the times when farmers began to keep their cattle in their own fields instead of leaving them to graze on the common land of the village. They then protected and sheltered their animals by enclosing their land with hedges or walls, which needed gates.

Nowadays field gates are often made in a factory, all more or less according to the same pattern, but it was not always so. The field gate, in fact, varied in design according to the district in which it was found, and it was made by the village carpenter on the spot. It was fixed on its oaken post by means of a hand-made iron gate-hook and “thimble” into which the hook fitted. It was made of timber seasoned, or hardened, to endure all weathers. The upright next to the post to which the gate was fixed was called the arr and the one at the other end was called the head. As well as the parallel rails running between the two uprights, there were bars of wood slanting diagonally across the gate, called braces, to make it stronger. The topmost rail was often strengthened with another piece of wood fixed underneath it, called a jowl, which the carpenter carved in any way that pleased him. When you climb over a gate you should get over at the end nearest the post, because in this way you put less strain on the hinges.

One of the many different kinds of field gates is the “kissing gate”. This is made to swing inside an iron fence shaped in a semicircle, and it got its name because people coming face to face at it had the chance of kissing each other!

Among the most interesting and beautiful gates are the wrought iron ones at the entrances of the drives leading to old country houses. The iron is often twisted into wonderful patterns of flowers, birds and scrolls, and on either side of the gates there may be stone pillars, with a sculptured animal on top—a lion or dog, perhaps—showing the coat of arms of the noble familv whose house lies beyond. 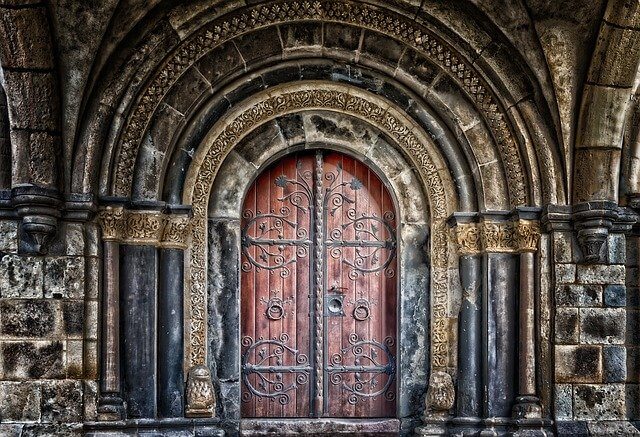 Another kind of gate is the lych-gate at the entrance to a churchyard, which has a little roof over it. The lych-gate was first made like this so that it would provide a shelter where, at a funeral, the coffin could be laid down to await the arrival of the clergyman.