What is Groundnut? Definition of Groundnut. Information about groundnut oil, growing, planting groundnuts. 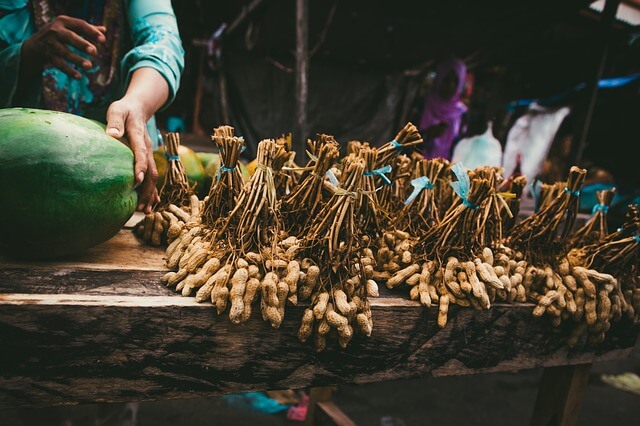 Groundnut; Other names for ground-nuts are peanuts and monkey-nuts. They are grown in warm countries and from them comes much of the oil used in making margarine.

Groundnut plants look rather like very large clover plants and have small yellow flowers. After these have been fertilized, the flower stalks bend downwards and force the fruit, which is then developing, into the soil. This is why the nuts are called ground-nuts, as they are found in the ground and have to be dug up. The fruit is a white pod with from one to three nuts inside it. Ground-nuts do best on light or sandy soils, for if the soil is stiff or clayey the pods will not enter it easily. Some kinds of ground-nut plants are upright; others are spreading, and so the nuts are scattered in the soil.

Ground-nuts are grown as a crop, for they are a valuable food, and when the nuts are collected at harvest time the whole plant is taken from the soil. Many of the nuts are eaten by the people who grow them, but many are made into oil and used in lamps where there is no other kind of lighting. The rest are sent to factoriesin industrial countries, and the oil is extracted from them. A great many ground-nuts are sent to Great Britain, France and Germany. 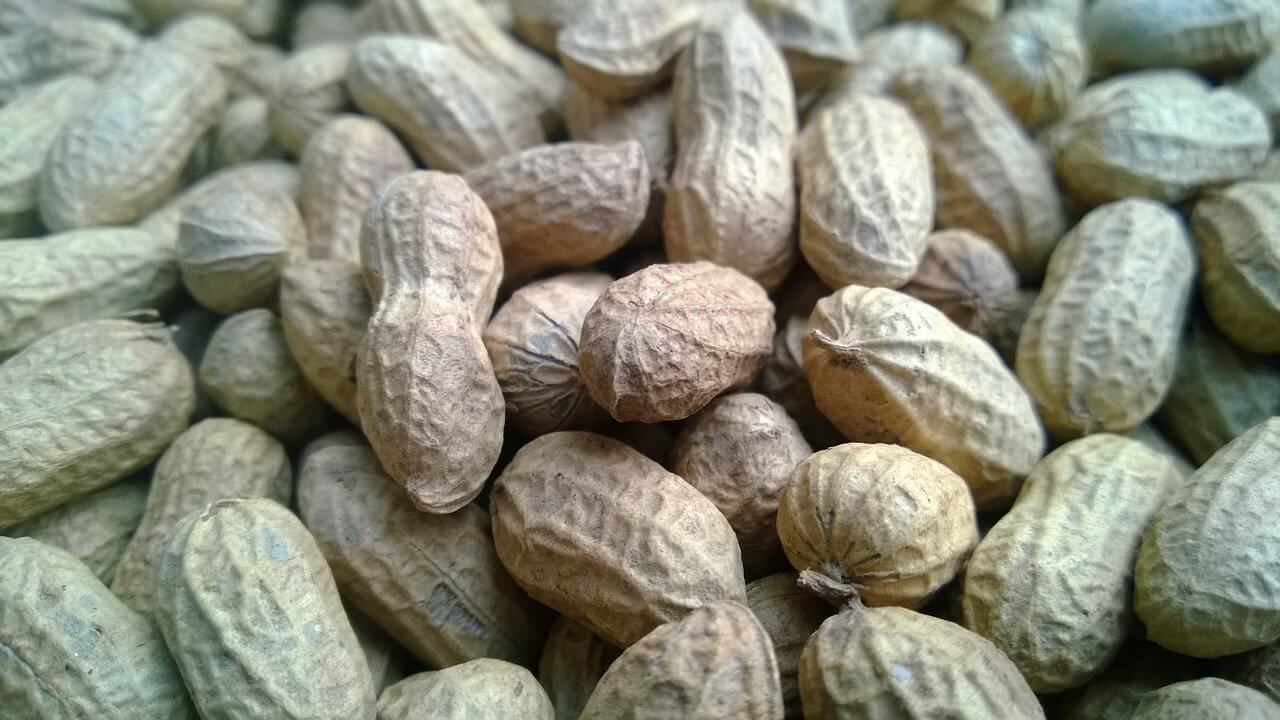 Because ground-nut oil is so important for making margarine, Britain tried a scheme after World War II, when fats were very scarce, of growing ground-nuts with mechanical cultivation in Tanganyika, East Africa, but the results were disappointing.

Ground-nut oil is also used in soap-making, for salad and frying oils and for packing sardines and other fishes in tins. The crushed parts left behind after the oil is extracted are made up into oil-cake or ground-nut cake, and are a valuable food for cattle. The tops of the ground-nut plants after harvesting also make very good food for cattle.

Ground-nuts are grown in hot regions such as West Africa, where the production has been much increased, particularly in Nigeria. They are also grown in Italy, Spain and the southern nart of the United States, which produces all the peanuts (as they are called there) that the country needs. Before 1939 Britain obtained most of the ground-nuts it required from India and West Africa, but after World War II India needed nearly all the ground-nuts it could grow for itself. 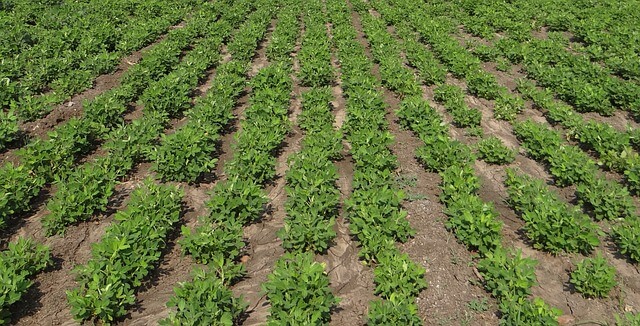 In most tropical countries the crop is still cultivated by hand or with ox ploughs, though in the United States machines are used both for cultivation and harvesting.