Acts of the Apostles is the fifth book in the New Testament. It follows the four Gospels and precedes the Epistles of Paul. The opening lines refer to a “first book” (the Gospel of Luke). Both books were written by the same man. Both also were dedicated to Theophilus, perhaps a Roman magistrate who tried Christians. 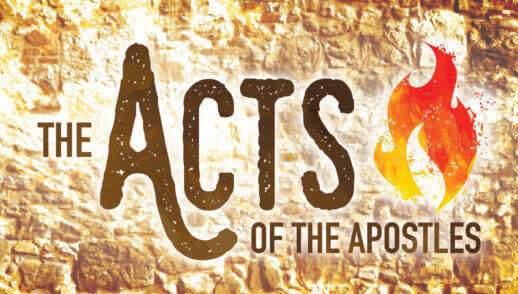 Acts is a historical sketch of the earliest period in church history, from the resurrection of Jesus (with which the Gospel ends) to the arrival of Paul in Rome, approximately the 30 years from 30 to 60 a.d. The material was selected and edited to serve the author’s purpose, which was to prove that Christianity was not a threat to law and order; that Jesus had not been a revolutionist, though put to death by a Roman procurator on a charge of insurrection; that Jesus’ followers were law-abiding and loyal, many of them representative or influential citizens or even Roman officials; and that the disturbances accompanying the spread of Christianity resulted from the persecutions stirred up by rivals or enemies, chiefly the unbelieving (non-Christian) Jews. The whole work was also designed to show how the new faith moved steadily from Jerusalem to Rome.

Since Acts is the only surviving account of the spread of the early church, it is a priceless record. Careful examination of its contents and probable sources confirms its general reliability. Only a few dates, names of persons, and descriptions of the Jewish or Gentile background have been questioned, and these do not affect the main features of the work.

Luke, the author, was much less biased against Judaism than some of the other New Testament writers were. In fact, Luke describes early Christianity as a “way,” a sect or school, not a party, and therefore entitled to the same protection and privileges at law enjoyed by all Jews since the reign (37-4 b.c.) of Herod the Great. As a movement within Judaism, the Christians were permitted to worship the God of their fathers without molestation or the requirement to do reverence to pagan deities. As the Jewish Sanhedrin sat in Jerusalem, so the Apostolic Council (chapter 15) assembled there and issued a decree binding upon Christians else-where. The decree was based upon the ancient Hebrew law of the gerim (resident aliens). Gentiles who became Christians were not to be required to be circumcised and observe the whole Law of Moses, but to observe only the rules laid down long before for such strangers (Leviticus 17, 18). Jesus and his immediate followers and all the apostles, including Paul, had been devout Jews, carefully observing the sacred law. Even in Rome, the Jewish leaders had assumed Paul to be innocent and his converts harmless, despite contrary reports (Acts 28:21).

The author’s view of Jewish-Christian relationships helps date the work (perhaps 85 or 90 a.d., but possibly somewhat eariier). Surely it was not possible to claim that Christians were really Jews much later than the persecution under Nero (in 64), though some Christians assumed it even late in the 2d century. Nor could the great mark of division be longer ignored, even by Romans: it was the Christian identification of Jesus with the Jewish Messiah. Persecution was the test, and it forced the Christians out into the open. It was then clear that Jews and Christians did not think and believe alike on some of the crucial convictions in their common faith. Luke’s argument for the identity of Christians and Jews, valid at the beginning of the church’s history, could not be maintained much later than a generation following the death of Nero and the fail of Jerusalem (70 a.d.).

The arrangement of the book is simple and clear, the main sections often ending with a brief summary or suggestion of what the next section will be. After an introduction (Acts 1:1-5) connecting the two parts of “Luke-Acts” (as the Gospel and its sequel are now called), the first main section (1:6 to 5:42) describes the early church in Jerusalem in the days immediately following the death and resurrection of Jesus. This section is based on very old tradition, some of it reinterpreted by Luke to provide a program for the whole story of Christian missionary expansion (the account of Pentecost, 2:1-42). The incidents are primitive and reflect local color and the atmosphere of the early days in Judaea.

The second section (6:1 to 12:24) describes the spread of the church throughout Palestine, beginning with the martyrdom of Stephen and the “scattering” of the apostles, and recounts the great events of Paul’s conversion (9:1-31), Peter’s pastoral ministry, and the beginning of the church at Antioch in Syria. A third section (12:25 to 15:35) explains how Christianity spread from Antioch to Cyprus and thence to Galatia in central Asia Minor, and describes the Council held at Jerusalem to decide the terms of admission of Gentiles.

The fourth section (15:36 to 18:22) relates the second journey of Paul to central Asia Minor and his further advance to Macedonia and Achaia —all the way to Athens and Corinth and back again to Antioch. The fifth section (18:23 to 21:16) pictures the more settled ministry of Paul in Ephesus and Corinth, with visits to other cities and regions, and his final return to Jerusalem, his arrest there, and his imprisoument at Caesarea.

The sixth and final section (21:17 to 28:31) recounts Paul’s imprisonment and successive trials, his appeal to Caesar, the thrilling story of his journey to Rome, with the shipwreck at Malta, and his residence under “house arrest” for two years awaiting trial in Rome. There the story ends. The Gospel had come to Rome. But what happened after the two years were over, no one knows—though many have guessed. It may be that Luke did not wish to end his story of the triumphal advance of Christianity with an account of martyrdom, especially the death of both Peter and Paul and of the humble converts who hafi gathered about them in Rome and who died in Nero’s gardens for their faith and loyalty.

The author of Luke and Acts (see Luke 1:1-4, which covers both books) was evidently familiar not only with the Christian tradition but also with other writings that embodied it. He did careful research, as he claims; and as the Gospel shows, he made use of various sources. Modern scholars have attempted to reconstruct these sources, not only in the Gospel but also in Acts, assigning them to various places of origin, such as Jerusalem and Antioch (especially in chapters 1 to 15). The task of reconstruction is easier in the Gospel than in Acts, as the Gospel has parallel accounts in Matthew and Mark (see Luke, The Gospel According to Saint ), where-as for Acts there are no surviving parallels. But it is probable that the opening chapters of Acts contain material from more than one source, some of them originally in Aramaic; that a long speech like Stephen’s in Chapter 7 may originally have been an independent document; and that the account of Peter’s journeys in Judaea may have come from still another traditional source. In no case does the evidence amount to proof.

In the latter half of Acts (chapters 12 to 28), which recounts the missionary work of St. Paul, we come upon the famous “we passages.” Here the style changes abruptly, and “he” and “they” give way to “we” (16:10-17; 20:4-16; 21:1-17; 27:1 to 28:16). These passages suggest that the author was using a document of his own, a diary, a letter, or some kind of “travel document” written by one of Paul’s companions—probably Luke himself. Whether this was the Luke referred to in Philemon 24 is uncertain. Perhaps the best explanation is that the passages came from Luke’s own “notebook.” And since we know Luke chiefly as he is reflected in his writings (the Gospel and Acts), it does not greatly matter how we identify the Luke whose “notebook” it was. If the author was not the Luke referred to elsewhere in the New Testament, it must have been another man by the same name. Although he did not name himself in either volume, neither work has ever been attributed to anyone else, either in ancient manuscripts, tradition, or serious speculation. The “we passages” begin with Paul’s crossing over from Troas to Macedonia—from Asia to Europe—and it is not unlikely that Luke was a native, or at least a resident, of this area in northwest Asia Minor (though a 2d century tradition says that he came from Antioch). It is generally agreed by modern scholars that Luke made no use of Paul’s letters as a source; perhaps they had not yet been collected into a body (“corpus”).

The chief criticism of Luke-Acts has concerned the author’s uncertain chronology (despite the efforts evident in Luke 1:1—4; 1:5; 2:1-2; 3:1—2). Theudas is misplaced in Acts 5: 36ff., and there are other errors. His chronology in the latter half of Acts is far more reliable. With this part of the story he was personally familiar, though when a choice is necessary scholars prefer the firsthand testimony of Paul’s letters to the secondary authority of Acts. The difficulties faced by ancient authors in using traditional material are hard to realize today, when every library has historical works containing or based upon exact dates. No such writings were generally accessible in ancient times. Luke did the best he could with the available resources.

Another criticism concerns the gaps in his narratiye. But, again, he was writing down traditional material, not all of it yet in written form. Moreover, he was selecting incidents, compiling speeches, and narrating the general course of the spread of Christianity in such a way as to win favorable consideration for the new faith. Above all, he was an artist, if not with brush and paint as later legend related, certainly with well-chosen words—chiefly Old Testament, many classical— and his material was arranged for literary effect and persuasion. His “second book” is on a par with his first, which Ernest Renan called “the most beautiful book in the world.”