Iron age comprises the third and last metallurgical period of prehistory (last stage of the age of metals) and culminates with the invention of writing.

From there, it is considered the beginning of the history of each society. Next, a chronology or timeline that illustrates the ages:

During the iron age men discovered how to extract the metal (it is believed that by accident). This metal is not more resistant than tin or copper but it is more abundant in its natural state. It was fundamental for the production of weapons.

Next, as a summary of the iron age, we will analyze its main characteristics, the evolution in the tools and in the way of life of societies (art, inventions, food, artifacts) 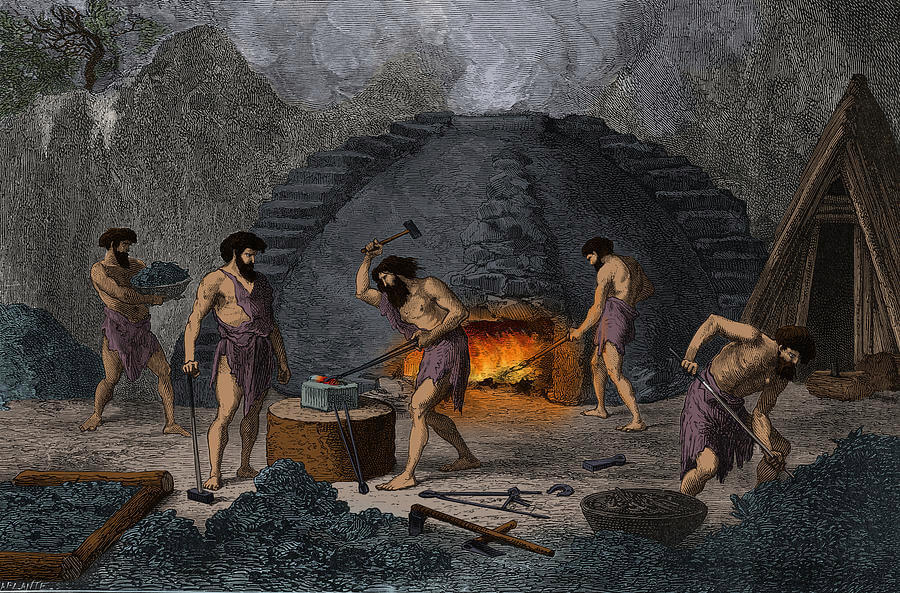 For its study a division is considered:

Iron Age I. (1200 BC to 1000 BC). Corresponds to the first period of the iron age. It does not present any characteristics that are mainly distinctive with respect to the period of the Bronze Age. Except that the man begins to use said metal.
Iron Age II. (1000 BC to 550 BC). The use of this metal becomes widespread and becomes the most important stage of the period.

The start date of the iron age varies according to the area studied, since the progress in the use of this metal was advancing gradually. Thus, the first characteristics of the beginning of this age arise in the twelfth century BC in the ancient East. However, its start in central Europe dates from the 8th century BC and in northern Europe in the 6th century BC.

In Africa, the first records of this era date from the 11th century BC in the hands of the Nok culture in the current country of Nigeria.

3. Smelting and extraction of iron

Iron age arises when men discovered how to extract iron. Because its melting point is extremely high, it is believed that this discovery was accidental when part of this mineral was mistakenly thrown into the fire and, when cooled, turned into iron. 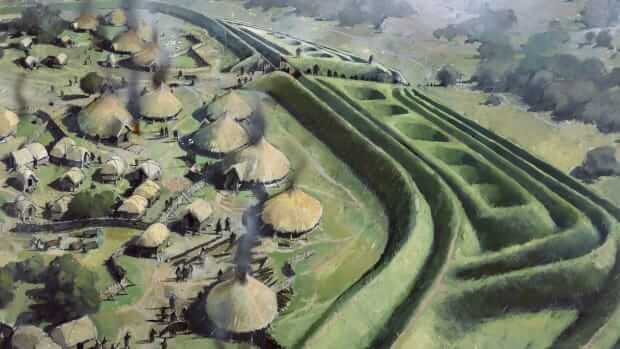 This metal is not more resistant than tin or copper, but it is more abundant in its natural state (for example in Europe it is almost pure in marshy areas), which makes it a much more desirable and economical material.

This has been one of the first and main constructions that the man of this era has discovered given that this fabrication guaranteed victory and protection from other civilizations.

The advances in agriculture in the iron age (such as the manufacture of plow tips) allowed man to work better in the land and its crops, innovating new crops and being able to work harder soils.

The domain of this metal comprises a great evolutionary leap in the way of life of the human beings of that time. Thus, the evolution in agricultural tools and the manufacture of sophisticated weapons, produces that man has more free time. In this way, the making of jewelry, handicrafts and fabrics appears (as a hobby).

With the manufacture of jewelry, handicrafts and clothing the commerce and exchange of goods is born. To do this, it is essential to travel by land and sea. Anyway, this is possible after the discovery of the wheel and the sail boat for the use of the winds. In this way humans of this era could move and market their goods. 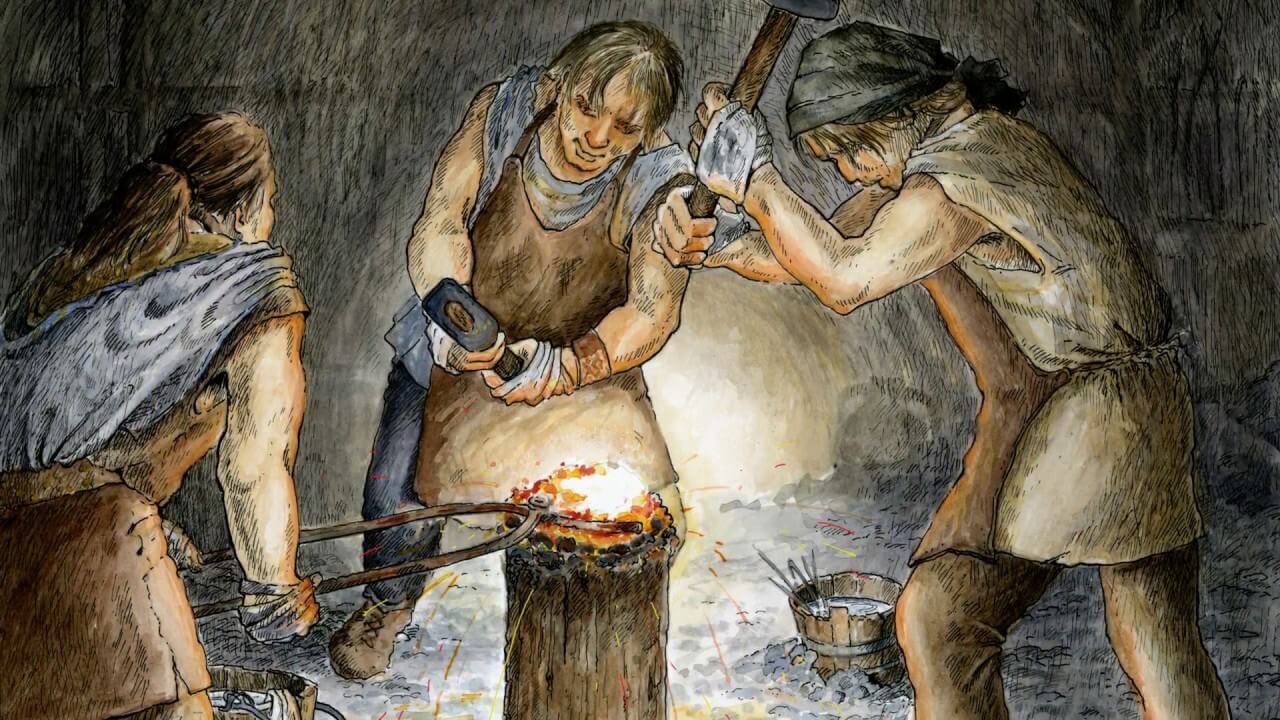 After the dominance of agriculture, navigation, the advance in the manufacture of weapons of war, etc, man forges the bases of a new form of society. Later he would dominate other metals like steel.

All these characteristics of changes in lifestyle show a leap in the intellectual evolution of the men of that era.