Hurricanes are a type of tropical cyclones characterized by high intensity winds, thunderstorms and heavy and constant rainfall.

They are characteristic of the northeast basin of the Pacific Ocean and that of the North Atlantic, where the Caribbean Sea and the Gulf of Mexico are included.

Hurricanes are natural disasters that are very common in the region, often resulting in significant human and material losses. Many of them, in fact, are preserved in popular memory because of how brutal they were.

However, hurricanes are always formed within a specific season, and outside of it they usually do not occur except in very specific cases. This allows foreseeing them and taking the pertinent measures to minimize their impact. To be considered properly a hurricane, any cyclone must present winds of at least 119 kilometers per hour. 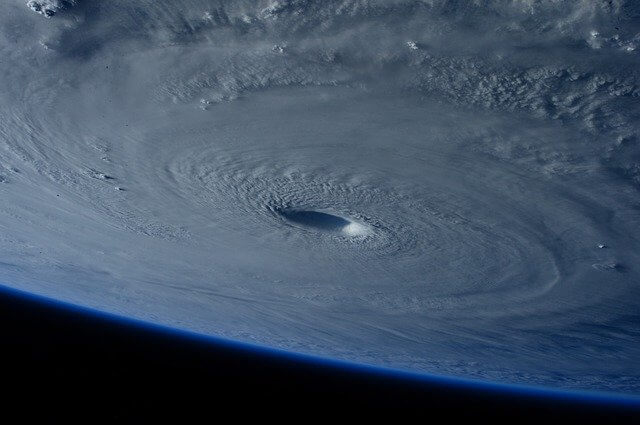 Hurricanes originate in the ocean, in warm waters (26 ° C minimum) and in the presence of high atmospheric humidity. The difference in weight between the masses of hot and cold air that the wind then puts in motion, are cyclically pushed to each other forming a spiral (hot air inward, cold air outward) to generate a center of low pressure that makes the circuit grow.

Hurricanes have a rotating wind structure, observable from space as a large white spiral, around an eye or center of low pressure that can reach almost 50 km in width and in which there is a relative calm. Around it, however, there is a wall of rain winds of the most intense that can generate the hurricane.

Hurricanes are usually named as soon as they reach the minimum number of wind speeds required to be taken as such (119 kmph). It is common to use common names for it.

On the other hand, depending on its intensity, a tropical cyclone can be classified as tropical depression (lower intensity), tropical storm (medium intensity) or hurricane (greater intensity).

Similarly, according to their location they can also be called typhoons, when they take place in the seas of the Philippine Islands or of China. 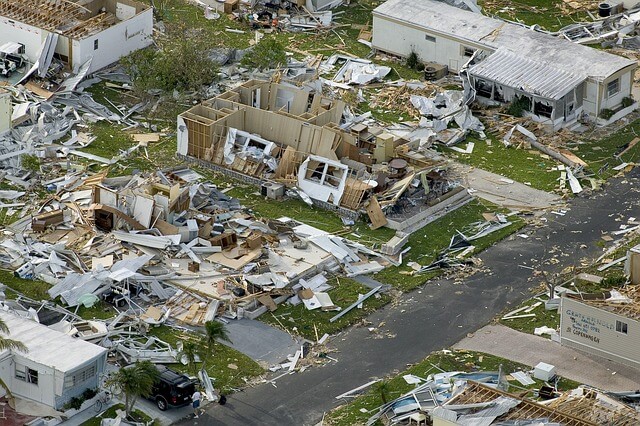 According to the Saffir-Simpson scale for measuring hurricanes, there are five categories to classify them:

Hurricanes come to an end as soon as some of these conditions occur:

They enter cooler waters. This usually results in the loss of heat and cooling of the “engine” that spins the hurricane.
They touch land. Water on land is usually warmer, so it breaks the just balance of temperatures that keeps the cyclone going.
If they stay a long time in the same area. Since they work by extracting heat from the surface of the ocean, being fixed for a long time they manage to cool it and therefore lose the energy that sustains them.
When encountering other low pressure phenomena. As non-cyclonic low-pressure storms, they could absorb the hurricane (and strengthen themselves, however). 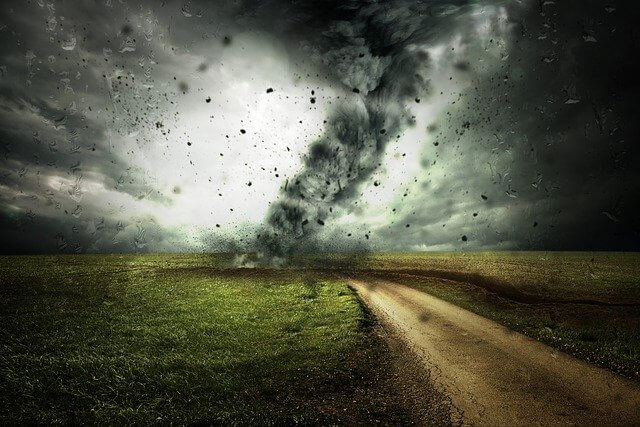 Hurricanes can shed tons of liters of water on the land as they pass, which directly causes floods, landslides, high waves and overflows of rivers and lagoons, making coastal areas the most vulnerable to their passage.

In addition, strong winds can tear down trees and weak structures, tear off roofs and poles, thus causing failures in public services and can fatally injure humans and animals.

It is named after one of the most dangerous consequences of the hurricane winds of the great cyclones: the growth of the sea on the coast in huge successive waves. This phenomenon is well described and usually causes the greatest amount of damage and deaths in the coastal populations that face a hurricane. They are similar to tsunamis, but on a smaller scale. 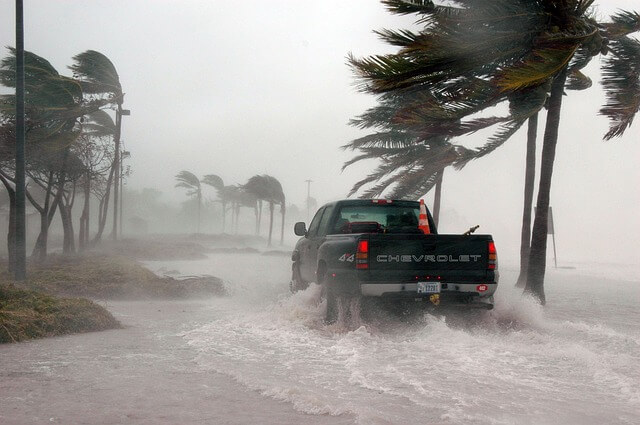 The biggest hurricane in history was Patricia, in October 2015, whose enormous size was perceived from the International Space Station and whose gusts of wind reached 400 kmph. This hurricane hit the Mexican coast of Jalisco, Colima and Nayarit, causing 19 deaths and millions of US dollars in property damage.