Zephaniah; Old Testament prophet:” fl. late 7th century b.c. Ascribed to him is the Book of Zephaniah, constituting three chapters of the so called Book of the Twelve Prophets (or Books of the Minor Prophets) in the Old Testament. Zephaniah’s lineage is traced back for four generations to King Hezekiah of Judah (r. about 715-687 b.c.). He was therefore a second cousin once removed of King Josiah (r. 640-609 b.c.), of whom he is believed to have been a contemporary (Zephaniah 1:1) and in whose training, under teachers influenced by 8th century prophets, he may have shared. 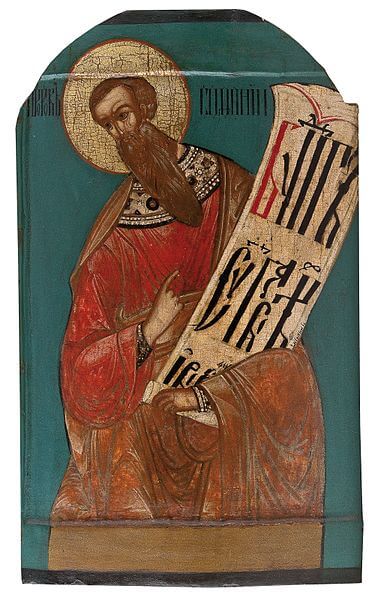 However that may be, at least he was a citizen of Jerusalem who did not hesitate to criticize royalty while sparing the king himself; he shows less concern for the poorer part of the population; and his teaching fits the conditions of the 7th century immediately prior to the reform of Josiah in 621 b.c., so far as our meager information permits us to know them.

The evils mentioned in 1:4-5, 8-9, and 12 are similar to those which, according to II Kings 21, were characteristic in Judah until Josiah was moved to action by the finding of the Code of Deuteronomy (621 b.c.). These included star worship, syncretism, foreign clothes and foreign religious practices, apostasy, and the denial of the Lord’s activity. Moreover, it is possible that the stimulus to Zephaniah’s preaching was given by the Scythian raids which Herodotus (History, book 1, chaps. 104-105), who is not always trustworthy, reports were made in this period.

In the absence of strictly reliable data, we may tentatively conclude that a prince named Zephaniah delivered an oracle or oracles in the reign of Josiah, presumably about 625 b.c. Not all of the three chapters, however, are his; much of the prophecy probably originated some four centuries later. If the historical problems of Zephaniah could be solved, there would still remain the literary problems.