YOKUTS INDIANS, an important division of the Penutian linguistic family, fonnerly living in the San Joaquin Valley, from the mouth of the San Joaquin River in the north to the foot of the Tehachapi Mountains and the slopes of the Sierra Nevada.

The name is Indian for “person.” Actually a loose confederation of about 40 closely related smaller tribes, the Yokuts were one of the most numerous California peoples, and their way of life reflects the general cultural pattern of the central Pacific Coast region, with some extremely interesting differences. 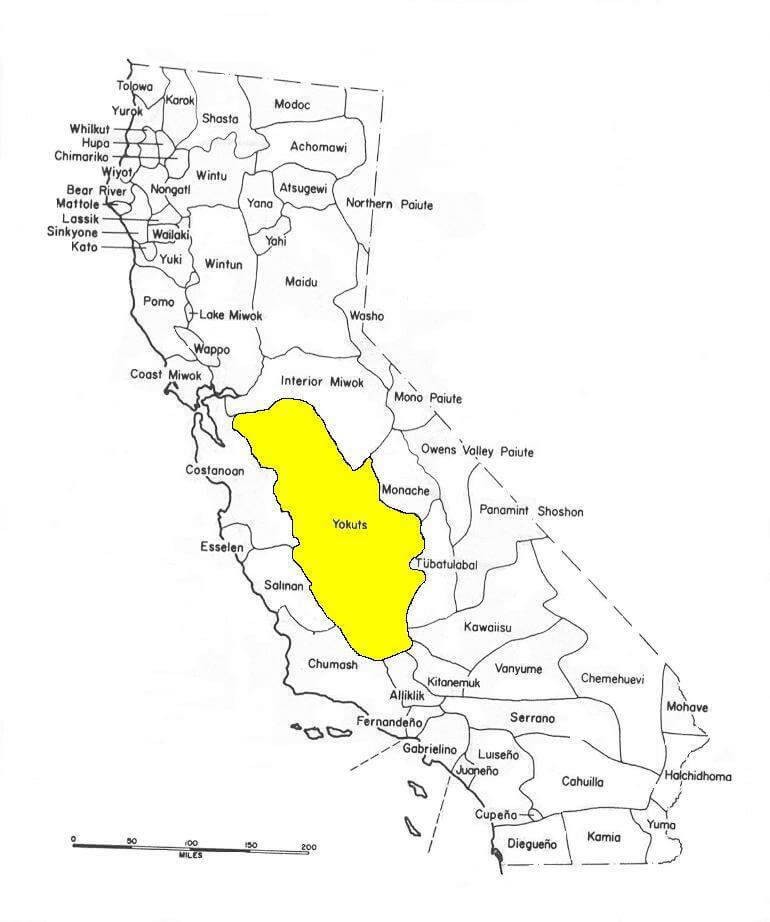 Each tribe had a hereditary chief. Villages consisted of a single row of wedge-shaped com-munal houses thatched with tule, and sweat-houses were in common use. Acorns were a staple food, and small game, including even deer and elk, were captured regularly. The Yokuts were one of the few tribes to use the dog for food, but they refused to touch the coyote or rattlesnake. The women were chaste, prior to white settlement; marriage was by purchase, and the husband moved into his bride’s home. Cloth-ing was scanty; women wore the bark apron common to most California peoples, and often tattooed the face and body. Religious life was moderately organized and many animal spirits were known; shamanism played a very important role in the various rituals. One unique feature was a rattlesnake ceremony, reminiscent of the more elaborate snake dance of the Hopi. Boys were initiated with a jimsonweed or toloache ceremonial. The dead were either buried or cremated, and the Yokuts observed the usual annual mourning cerempny common throughout California.

Yokuts women wove very fine basketry, making extensive use of quail and woodpecker feather decoration; the famous Tulare gambling trays and Tulare bottleneck baskets are familiar exhibits in many museums. One art peculiar to central California was the manufacture by Yokuts women of a crude pottery, which they may have learned from neighboring Shoshonean peoples. Lake Tulare gave a disproportionate importance to one segment of the confederacy, which be-came known as Tularenos, or Lake Tulare Indi-ans. Unfortunately, this name eventually became attached to the entire Yokuts group, resulting in considerable confusion. 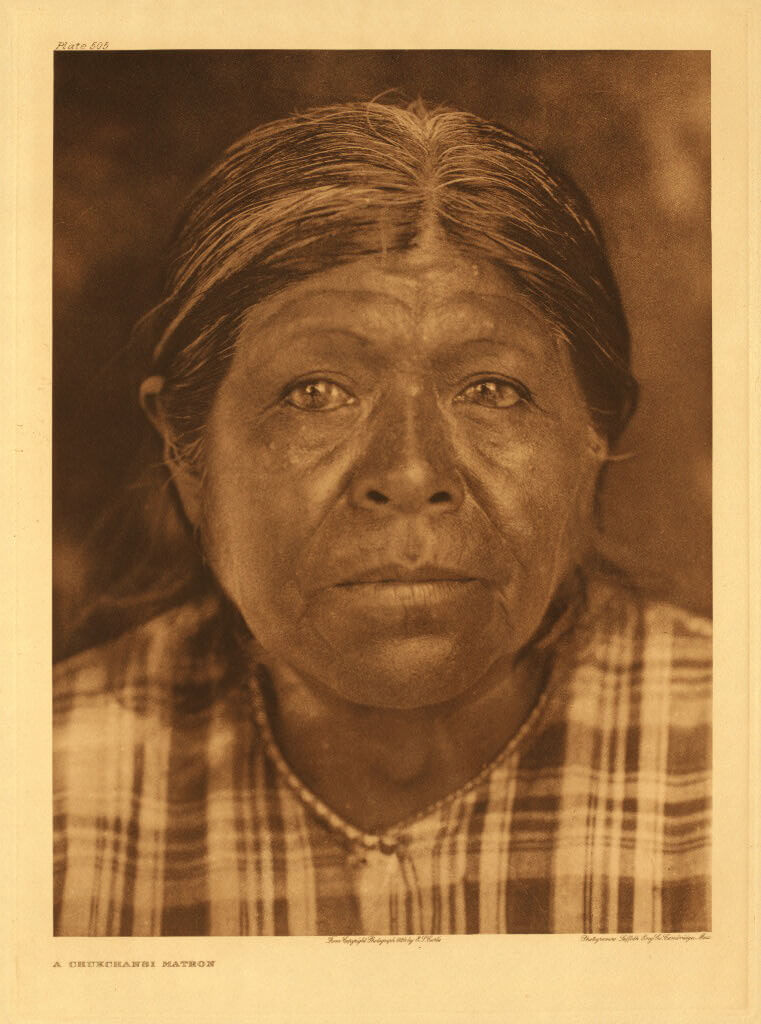 The Yokuts are a remnant of a once numerous people, whose population at its height probably numbered some 10,000. Continued warfare with the Paiutes, who pressed on them from the east, resulted in some depopulation; but the later and much more disastrous aggression by white settlers, who found the Indians occupying land they wanted, practically exterminated many of the tribes. Today less tnan 600 survive, although they have managed to retain an extremely high degree of blood purity.