What is the summary of the play Yerma written by Federico García Lorca? Summary, analysis and the characters of Yerma

Yerma (1834) is a tragedy in three acts that belongs to Federico García Lorca’s rural trilogy, together with Bodas de sangre (1933) and La casa de Bernarda Alba (1836). These three plays are characterized by being tragedies set in a peasant setting, reminiscent of the Andalusia of the playwright’s childhood, where women – natural protagonists of Lorca’s drama – had to deal with the customs and mandates of a conservative society that limited them to closed enclosure of housework and motherhood, Yerma’s central theme. 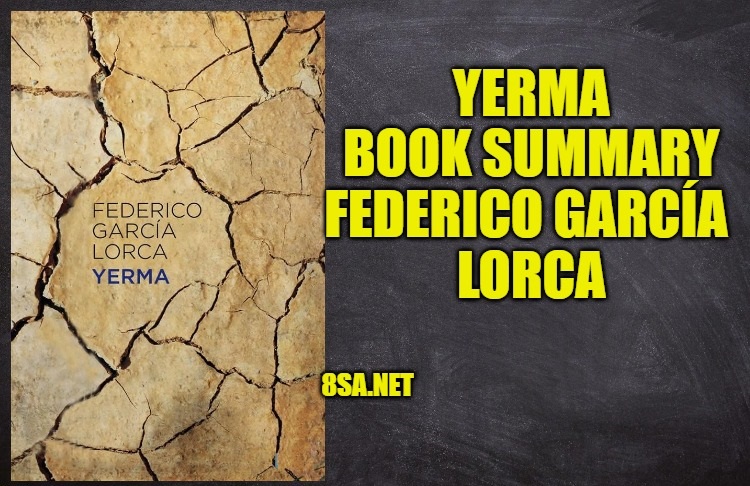 The drama is about Yerma’s married life with Juan. In the First Table, Yerma is distressed because after two years of marriage, she has not become pregnant. Her husband, on the other hand, believes that having children is a concern, and asks Yerma to stay in her house, because he doesn’t like her to leave her house.

When María, her friend, arrives and tells Yerma that she is pregnant, only five months after being married, Yerma is dismayed. What she wants most in the world is to have a child, and while she still has hope, she fears that the wait for her will be too long.

Yerma begins to sew clothes for María’s son. Víctor arrives and congratulates her, believing that it is Yerma who is expecting a baby. After clearing up the confusion, Victor urges her to follow Maria’s example and tell Juan to think less about her work. The painting ends with Yerma alone, singing a lullaby for a child, while she sews with her gaze fixed on a point.

In the Second Scene of the First Act

In the Second Scene of the First Act, Yerma is in the field, on her way back from taking food to Juan, who works in the olive trees. It’s been a year since the last scene. Yerma crosses paths with an Old Woman, whom she asks why it is so hard for her to have children. The Old Woman, who has had fourteen children, asks Yerma if she has felt an earthquake while she is with her husband. Yerma says that she has only ever felt that with Víctor. The Old Woman suggests that maybe that’s why she couldn’t conceive with Juan. But she then tells him that he is young and to be patient.

Yerma hears a voice singing. Victor appears, who reveals himself to be the singer. Yerma flatters Víctor’s voice and approaches him. There is an awkward silence. Yerma hears a child cry, but Victor doesn’t hear a thing. That’s when Juan arrives and Víctor leaves. Juan reproaches Yerma for not having returned to the house right away, and sends her to sleep. He will stay outside guarding her field.

In the First scene of the Second Act

In the First scene of the Second Act, some laundresses appear chatting while they clean the clothes. They talk about Yerma and that people say that she is cheating on her husband, although the only thing they know about her is that she was seen talking to another man. They also say that Juan has brought his sisters to his house to watch over Yerma. Said sisters-in-law arrive at the fountain to wash, without saying a word. Then the shepherds pass by with their flocks, and the washerwomen notice that Victor’s flock is missing.

In the next frame, Juan arrives at his house and asks his sisters about Yerma, who, despite her requests, has left without supervision. Yerma returns with water from the fountain and the couple argue. Juan tells Yerma that five years have passed since they were married and that she should resign herself. He believes that her wife should be content with everything he gives her and that she should not neglect her family’s honor by going out too much. Yerma asks Juan to be quiet; He doesn’t understand that, while men have a life in the fields, women only have the life of having and caring for children.

María arrives with her son

María arrives with her son in her arms. Yerma tells him that she is fed up and offended, because everything in the field has calves and fruits except her. Her friend tries to comfort her, but she can’t. María leaves and the 2nd Girl enters the scene, telling Yerma that her mother is waiting for her. Yerma tells her that she will soon go to meet her. The 2nd Girl leaves and Victor enters. He has come to say goodbye because he is going to another field. Juan, who has bought Víctor’s herd, decides to accompany him to the stream. They both go out. The 2nd Girl returns to look for Yerma, and the two leave quietly. The sisters-in-law start looking for Yerma, shouting her name.

In the First Table of the Third Act we see Yerma in the house of Dolores, the conjurer. They come from performing a spell in the cemetery so that Yerma becomes pregnant. An old woman who accompanies them in the prayers tells Yerma that while she waits she must take refuge in the love of her husband. But Yerma tells them that Juan is cold when night falls. He also laments thinking that her husband is her only chance to have children by her, because it is not an option for her to tarnish the honor of her caste.

Dolores and the old woman warn Yerma that she must leave before dawn. But before leaving, they arrive at the house of the conjurer Juan and her sisters-in-law. Juan accuses Yerma of having been with another man, but Yerma defends herself, saying that she is blameless. Juan reproaches Yerma for making people talk with his behavior. Yerma says that she goes out looking for him, but now she has no choice but to curse silently.

The last painting takes place in the surroundings of a hermitage, during a pilgrimage ritual. We learned from the conversation between María and the 1st Girl that married women who cannot have children go to that place to sleep with a man and get pregnant. A ritual begins in which two people with Macho and Female masks invoke the “dry married woman” with her songs so that she can get her belly to “open”.

Yerma is there, on the pilgrimage, a little disoriented. The Old Woman from the First Act appears and makes Yerma a proposal: she urges her to run away with her child, with whom she will be able to conceive. But Yerma cannot be unfaithful to her husband, because she must preserve her honor. The Old Woman leaves, offended, but not before telling Yerma that by not accepting her proposal she will continue to be “withered”.

Juan enters the scene and tells Yerma that he has heard her conversation with the Old Woman. He tells Yerma that life without children is better for him, and he confesses that she will never want to have them. Yerma asks him what he is looking for from her, and Juan tells her that he is looking for her. Juan hugs her and tries to kiss her, but Yerma screams and strangles him. Juan dies and Yerma exclaims that she has killed her own child.