What is Wozzeck? Information on Alban Berg’s Wozzeck opera review, plot, analysis. What is the story of Wozzeck Opera. 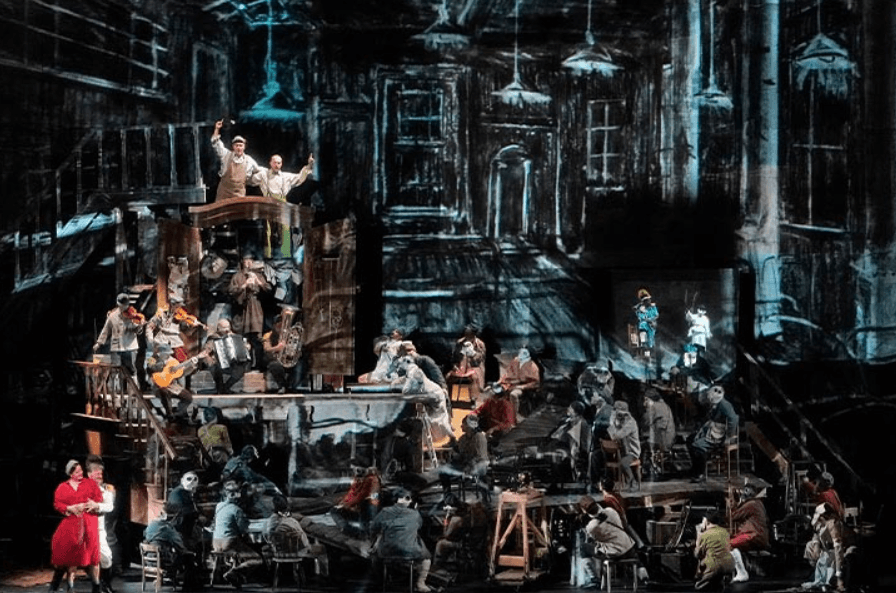 Wozzeck; is an opera by the Austrian composer Alban Berg, which is regarded as perhaps the most important, impressive, and successful of modern operas. It was composed between 1917 and 1921 and was first performed in its entirety in 1925 in Berlin. It had its American premieres in 1931 at Philadelphia and then in New York City at the Metropolitan Opera.

As the source of his libretto, Berg used a simple abbreviation of the tragedy Woyzeck by the early 19th century German dramatist Georg Biichner. Woyzeck had been rediscovered by the German expressionist dramatists, and Berg owed much to their exploitation of the sordid and of the subconscious.

Wozzeck, an impoverished soldier subject to hallucinations, is tormented by his sadistic captain and regimental doctor. His common-law wife Marie leaves him for a brutal drum major, who subsequently beats him up. Wozzeck goes mad, stabs Marie, and drowns himself. A chilling epilogue shows Wozzeck’s little son going off to view his mother’s corpse. The cruelty and unconcern of man and society is the opera’s major theme, catching perfectly a Kafkaesque paranoiac vision of life.

In form, Wozzeck is similar to Debussy’s Pelleas et Melisande. Each of its three acts contains five terse scenes run together by continuous orchestral music. Conventional arias are replaced by declamation over a rich orchestral background. According to Berg, each scene is constructed as a purely musical form, such as sonata, suite, fugue, and invention. In this respect, Wozzeck marks an extreme development in the intel-lectualization of opera. Its unfailing dramatic force derives, however, from Berg’s genius for musicodramatic effect, from his convincing musical depiction of abnormality, and from his emphatic emotionalism, notably in Marie’s Lullaby (Act I, Scene 3) and in the great orchestral interlude between Scenes 4 and 5 in Act III.

Wozzeck has a mistaken and ironic reputation as the popular masterpiece of the 12-tone school of composition, of which Berg was a master. It is mistaken because the opera precedes Berg’s adoption of the 12-tone technique. It is ironic because Wozzeck is in fact the one widely known mature composition by any composer associated with the school.