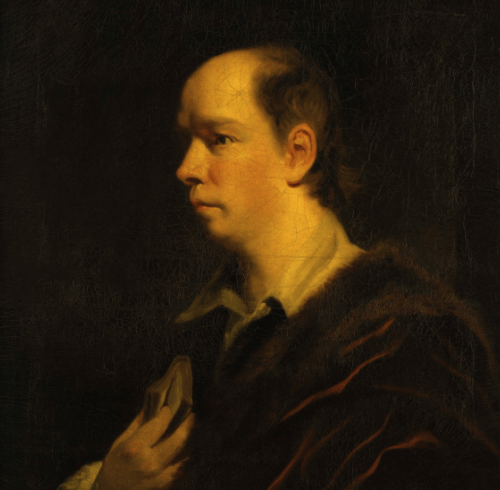 Early in Oliver Goldsmith career, in a review of Thomas Gray’s Pindaric odes, Goldsmith wrote: “We cannot behold this rising poet seeking fame among the learned, without hinting to him the same advice that Isocrates used to give to his scholars: ‘Study the people.’ ” This was the principle that guided Goldsmith throughout his literary career. He was fascinated by human life.

In letters written during his student days abroad, he revealed an intense interest in the people he was meeting and an ability to describe them vividly. In his earliest periodical essays and stories he focused his attention on people, writing of them now affectionately, now satirically, but always with an eye to increasing their enjoyment of life. He wanted to correct their errors, to remind them of their blessings, and to express himself in terms that they could understand and enjoy.

Goldsmith’s Chinese Letters, later collected as The Citizen of the World (1762), purport to be the impressions of a thoughtful Chinese visitor to London, whose observations point up the good and bad in English life, often contrasting it with life in China. Toward the end of the series, the letters become more direct and serious in their approach; other characters, such as the Man in Black and Beau Tibbs, are introduced, and Goldsmith is able to comment ironically on English politics, economics, religion, and the arts from varying points of view.

In the Chinese Letters and other early essays, Goldsmith warns against war, conquest, and colonization, all of which stem from discontent; he wants men to accept the lot ordained for them. His basic purpose, to enrich peoples’ lives and please them, remains unchanged.

“The Vicar of Wakefield.”

The same principles underlie his only novel, The Vicar of Wakefield (1766). Dr. Primrose, the genial country clergyman who tells the story, records the misfortunes that assail his family when they try to rise above the humble but happy existence to which they have been born. Its idealized picture of rural life, its melodramatic action, and its sentimental moralizing made the novel a popular favorite in the 19th century. Modern readers, however, are more likely to prize the ironic overtones that mark the first half of the novel: the Vicar tells more than he realizes about his own character when he describes the frailties of others.

Goldsmith’s two major poems, The Traveller (1764) and The Deserted Village (1770), were a more serious bid for literary fame. Both are philosophical poems, the products of careful reflection and polishing over long periods. Again the themes are that men should accept their lot. In The Traveller he surveys the virtues and vices of Frenchmen, Swiss, Dutchmen, and Italians and concludes that the English are singularly blessed.

In The Deserted Village he describes the joys of rural life and deplores the social and economic pressures that were driving villagers off their land, forced out by wealthy men who bought it up. Both works are in the tradition of English neoclassical poetry in that they state their theses clearly in harmonious heroic couplets. However, in The Deserted Village, Goldsmith’s love of simple life and people led him to enliven the poem with conorete, homely vignettes of rural life and character. Thus, while The Traveller relies primarily on appeals to the reader’s mind and ear, The Deserted Village engages his emotions and eye as well.

Goldsmith wrote many other, less ambitious poems, most of them designed solely for entertainment. Of these the best is Retaliation (1774), a series of mock epitaphs for some of his friends —notably Reynolds, Garrick, and Burke—that achieve a terseness worthy of Alexander Pope. Of Garrick he wrote: “On the stage he was natural, simple, affecting, /’Twas only that, when he was off, he was acting.”

Goldsmith’s comedies, The Good Na-tur’d Man (1768) and She Stoops to Conquer (1773), are entertaining pieces that rely for their effects on broad characterization and farcical action. He sought through them to kill off the mawkish sentimental comedy then in vogue. Goldsmith believed with the ancients that comedy should make men laugh, and he hoped to restore laughter to the theater and to brighten men’s lives. She Stoops to Conquer, which centers around the blunders of the brash Young Marlow, has become a classic of the English theater.

Of Goldsmith’s biographies the finest is The Life of Richard Nash (1762), an engaging study of the famous Beau of Bath. Goldsmith presents him as “a man of no real distinction, a little king of a little people,” but still an interesting human being.

Goldsmith’s historical writings include the 2-volume History of England in a Series of Letters from a Nobleman to His Son (1764), the 4-volume History of England (1771), a 2-volume history of Rome (1769), and a 2-volume work on Greece (1774). None of these were products of original research; Goldsmith merely read through the authoritative histories in print and digested them in his own more readable style. Frequently revised and brought up to date, they remained standard texts in English and American schools for nearly a century, as did his 8-volume History of Earth and Animated Nature (1774), a survey of natural history drawn from many sources, but enlivened and enriched by his own observations.

As man and writer, Goldsmith was not cast in the heroic mold; yet his affectionate nature shone through the weaknesses of his character and the superficiality of some of his writing, winning admirers in his own time and later. It is apparent in his style, which reflects his eagerness to enlighten, to please, to gladden. In both prose and poetry he spoke clearly and gracefully, eschewing subtlety or rhetorical flourishes. Samuel Johnson summed up his achievement: “He touched no kind of literature which he did not adorn.”