What is works as a science term? When do we do work? How does work occur and how do we do work against garvity, friction, inertia. 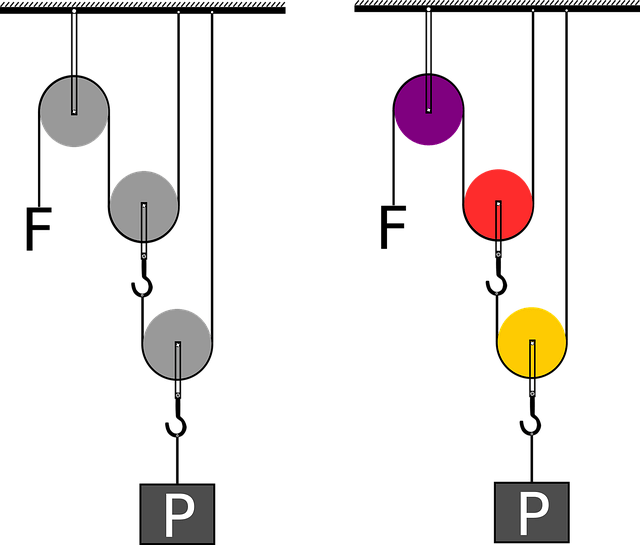 You can use a great deal of energy and yet do no work, that is, no work in the scientific sense. Have you ever failed to move a heavy stone or a large piece of furniture like a piano? You may have tired yourself out, but the stone or piano remained in the same place. It remained there because the resistance it offered was greater than the force you used.

The resistance of an object to being moved must always be overcome if you want to do work in the scientific sense. Work occurs only when a force moves an object a certain distance. Therefore, no work is done unless the object moves some distance when you use force on it.

If you want to push a heavy box to one side, the friction of the box against the floor resists the force you use. You may say that friction in this case is a force you would like to get rid of. But suppose you did get rid of friction? Suppose there were no friction anywhere on the surface of the earth? You would not be able to take a step. You would find it hard to come to a stop. Every movable thing would slide about and unless you grabbed some immovable object or slid inco a corner, you would still keep on going.

Even without friction, there is still inertia to contend with. Inertia is of two kinds. It is the tendency of an object at rest to remain at rest until enough force is used to make it move; it is also the tendency of an object in motion to continue in motion until stopped by another force. Once a force starts moving an object, the object is kept in motion with less force than was required to start moving. Have you ever seen men trying to push a car that had run out of gasoline? Once they start the car going it is easier to keep it going with less pushing (force) than was used ) overcome the original inertia of the stalled car. Because the car tends to continue moving, it is now difficult to stop it at a gasoline pump. Thus an automobile or a train does not stop as soon as the brakes are applied. The moving vehicle keeps moving for some distance because of its inertia.

So when you lift or push anything -and make it move—you are doing work against: 1. gravity, 2. friction, 3. inertia.