William Randolph Hearst; (1863-1951), American editor, publisher, and political leader. He created the nation’s largest newspaper chain, fought for social reform, served in Congress, and longed for the presidency. Lordly in his tastes, he was a colossal spender with a penchant for buying and building castles and filling them with objects of art. He spent some $15 million in such pursuits in one reckless year.

Hearst was born in San Francisco on April 29, 1863, the only child of George Hearst and Phoebe Apperson Hearst. His father was a miner who struck it rich and became a U.S. senator. Spoiled, able, enormously ambitious, William was expelled from Harvard for undue horseplay. Unruffled, he took over his father’s moribund San Francisco Examiner in 1887, refashioned it with a blend of reform and sensationalism that he had learned largely from Joseph Pulitzer’s New York World, and made it a huge success.

In 1895 he bought the ailing New York Journal and audaciously challenged the brilliant Pulitzer on his own ground. The battle of titans that ensued made newspaper history. The Hearst style, including an often spurious excitement, news exaggeration, and frenzied promotion methods, won circulation, but at ruinous cost. Pulitzer, at first contemptuous of his younger rival, felt forced to reply with added sensationalism of his own. This competitive excess created a style that became known as “yellow journalism.” Both men seized on the Cuban revolt of 1895 to vie with inflated accounts of Spanish “atrocities,” arousing public indignation and helping to bring on the Spanish-American War. Yet both so ably exposed political jobbery and social injustice that they hastened reform. Hearst spent $8 million of his widowed mother’s fortune before he “turned the corner” and made a profit in New York. 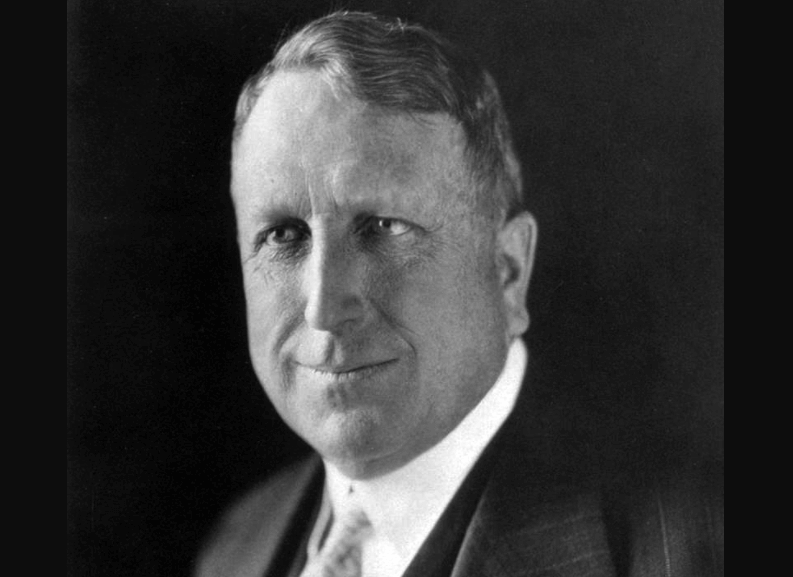 A radical Democrat, Hearst supported presidential candidate William Jennings Bryan in 1896 and 1900. Thereafter he promoted his own political fortunes. He represented New York in Congress from 1903 to 1907. In 1904 he waged a strong battle before losing the Democratic presidential nomination to Alton B. Parker.

Grooming himself for the 1908 nomination, Hearst ran for mayor of New York City in 1905, fought the Tammany Hall machine single-handed, and nearly won. His popularity was evident, and his star seemed on the rise. But in 1906 he made a deal with the same Tammany organization that he had so recently excoriated and ran for governor of New York. He was beaten decisively by Charles Evans Hughes.

This ended Hearst’s chance for high office, though his political influence remained powerful. His deal with Tammany Hall, his propagandist use of his own newspapers to seek votes, his indiscretions with women, and his dictatorial attitude toward seasoned politicians removed him from contention.

In his drive for the presidency and for wealth, Hearst expanded his chain, buying or starting papers in Chicago, Los Angeles, Boston, Baltimore, Pittsburgh, Detroit, Milwaukee, Atlanta, Seattle, and elsewhere. He accumulated profitable magazines, including Cosmopolitan, Hearst’s International, Good Housekeeping, and Harper’s Bazaar. A prodigious worker, skillful editor, and effective writer, expert in all phases of newspaper operation, he made millions and paid huge salaries to his executives, who revered him even as they feared him. In 1917 he met the Ziegfeld Follies girl Marion Davies. The two became lifelong companions, but Hearst’s wife, who had borne him five sons, refused him a divorce.

Although not above manipulating the news, Hearst could support unpopular causes at great cost in profit and popularity, as when he opposed U. S. entry into World War I so stubbornly that he was called pro-German. Always a controversial figure, often accused of demagoguery, he nevertheless had many admirers because of his isolationism, “Americanism,” and independence of thought.

For him, the 1920’s were a heyday of profit, power, and pleasure. His political creature John F. Hylan was mayor of New York City; politicians fawned on him; he founded a motion picture company aimed at making a star of the lovely but untalented Miss Davies; millions of dollars came to him from his mother’s estate; and he began building castles and accumulating art works that eventually filled large warehouses. The construction and decoration of his mansion at San Simeon, Calif., became at once an obsession and a joy, ultimately costing him $30 million. Countless movie stars and public figures such as Calvin Coolidge and Winston Churchill found him a generous host.

In 1932 his control of California delegates swung the presidential nomination for Franklin Roosevelt—Hearst’s last exercise of great power but a disillusionment, for thereafter he disowned the Democrats and veered rightward. His prodigal spending, plus the Great Depression, imperiled his empire. For a time he was removed from its control, and he suffered the additional humiliation of seeing thousands of his art objects liquidated in a vast sale at Gimbel’s department store in New York.

World War II and the return of prosperity saved him. Still lordly, an editor almost to the end, he died on Aug. 14, 1951, at the age of 88 at the home of Marion Davies in Beverly Hills, Calif.