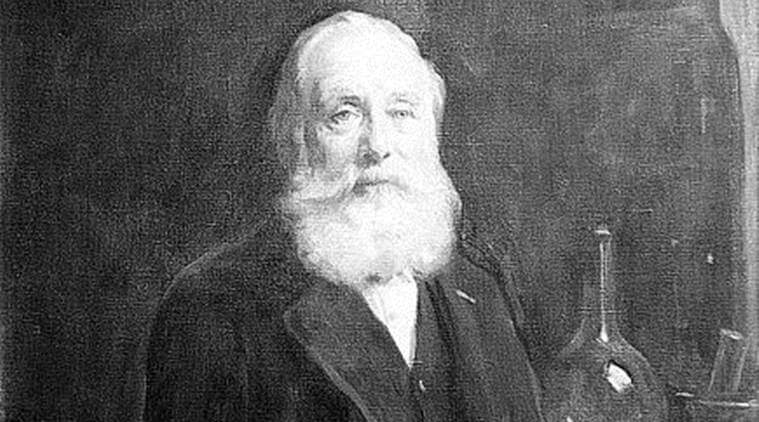 Born on March 12, 1838 in London, William Henry Perkin accidentally discovered aniline purple dye when he was a student at the Royal College of Chemistry in London. He was studying with Wilhelm von Hofmann, a venerated German chemist.

William Henry Perkin was trying to find a substitute for quinine, the only viable medical treatment for malaria in 1856, since demand exceeded supply. However, his attempt to produce quinine from aniline, a cheap waste of coal tar, was unsuccessful. Instead, what resulted from the experiment was a dark substance. William Henry Perkin tried even more, adding potassium dichromate and alcohol to the aniline in several stages, which resulted in a dark purple solution. He thought that the solution could be used to dye the fabric. He quickly recognized the commercial possibility of the dye, originally called Tyrian Purple.

Deep purple, the scribble captures the violent and frenetic tendencies of the fashion of that time, since the discovery of Perkin made the expensive color easily available to the masses. Purple clothing was in demand and in style then, but it was available only for a certain section that could afford it. Also, fading color was a problem. It is said that Queen Victoria wore a mauve-colored dress to the Royal Exposition of 1862. After her success in manufacturing, Perkin was knighted on the 50th anniversary of the discovery in 1906.

William Henry Perkin, known for giving birth to the modern chemical industry, did not stop with this discovery, but continued to investigate to find other dyes of aniline and synthetic odors. He died on July 14, 1907.