Buddhists around the world celebrate Vesak: the birth, enlightenment and death of Gautama Buddha. The Vesak is one of the most important days of the Buddhist calendar, and is observed in May or early June.

Also known as the “Buddha Day” or “Buddha Purnima”, it commemorates these three significant events (birth, enlightenment and death of Shakyamuni Buddha) that are said to have occurred on the full moon of the Indian lunar month of Vesakha.

The date varies according to the country or culture. The exact date of Vesak is based on the Asian luni-solar calendars and is normally celebrated in the Vaisakha month of the Buddhist and Hindu calendars, hence the name Vesak. The ancient tradition of Vesak is to celebrate the three events, but some modern Buddhist groups celebrate only birth, and others, enlightenment. 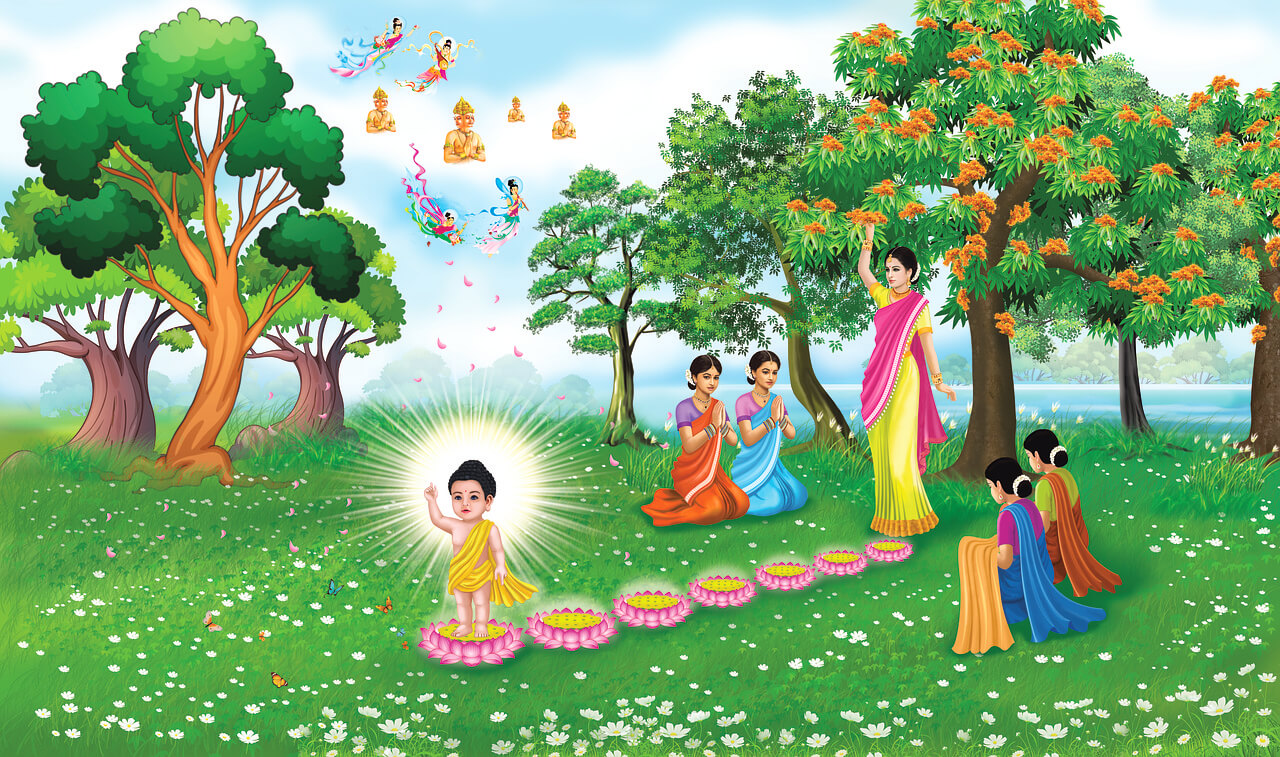 Traditionally, the birth of Buddha Shakyamuni is supposed to have been in 623 BC, in the sacred area of ​​Lumbini, located in the plains of Terai, in southern Nepal, when it is said that the Buddha’s mother gave birth to him, in a day with a full moon, in a garden in the foothills of the Himalayas (on his way to his parents’ house). In Nepal, the birth of the Buddha is celebrated on the full moon day of the Vaisakha month of the Hindu calendar, and is traditionally called Buddha Purnima, which means the day of the full moon in Sanskrit.

Festivities for the Vesak Day

On Vesak’s day, Buddhist temples are decorated with flags and flowers. Devotees are expected to gather in temples before dawn. Ceremonial rituals are performed, such as raising the Buddhist flag and bathing the baby Buddha. The monks sing the hymns of the triple holy gem: the Buddha, the Dharma (his teachings) and the Sangha (his disciples). At night, various processions are organized in the light of the candles. People recite the preaching of the Lord Buddha and try to make resolutions to follow them as much as they can.

One of the most popular rituals on Vesak Day is to “bathe” the Buddha. The worshipers crowd around basins or puddles decorated with garlands of flowers and dominated by a small central elevated statue of the Siddhartha child. Spoons of water are collected from the basin and poured over the statue, in memory of the legend that the infant prince was bathed with the waters of nine dragons shortly after birth. This tradition comes in different forms, each country has its own practices and rituals. 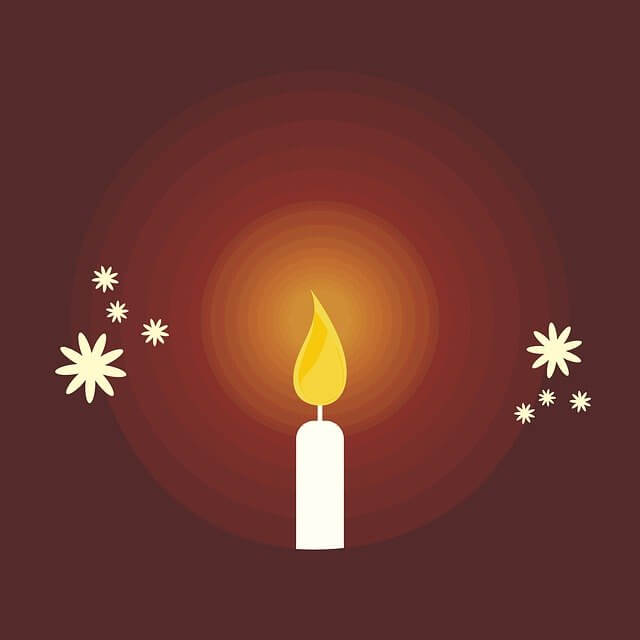 Only vegetarian meals are eaten. Buddhists organize massive blood donations in hospitals, visit homes for the elderly or distribute cash gifts to the needy. Others release caged birds and animals, a symbol of liberation for Buddhists, or spend hours chanting mantras. People give alms, fruits, food and clothing to the poor and needy. People reaffirm their belief in the five principles that are called Pancasila.

On this holy day, Buddhists bathe and wear only white clothes. They gather in their vineyards to worship and give alms to the monks. In Vesak, Buddhists eat kheer, rice cooked in milk and sugar, which they share with the poor. They set up stalls in public places to offer others clean drinking water; Fruits and clothes are shared among the sick.

On the streets of some cities, the devotees practice the two-hour ritual, three steps and a bow, taking steps on both knees, bowing in every third step as they pray for world peace, personal blessings and repentance. The Burmese and Sri Lankan Buddhists celebrate this day by cooking a pot of rice with milk, marking the Buddha’s last meal before the long fast that led to enlightenment.

The Bodhi tree is also venerated. Its branches are decorated with garlands and colored flags. The rows of lamps are lit around the tree, and milk and perfumed waters are scattered on their roots. Bodh Gaya and Sarnath are two of the best places to enjoy the festival, although the celebrations take place wherever the Buddhist population lives.

In Bodh Gaya, the place where, under the holy tree of Bodhi, Gautama reached enlightenment, people from all over the world attend the ceremonies that take place. Throughout the day, gather prayers, sermons on the life of Gautama Buddha, religious discourses, continuous recitation of Buddhist scriptures, group meditation, processions, worship of the Buddha statue and symposiums. 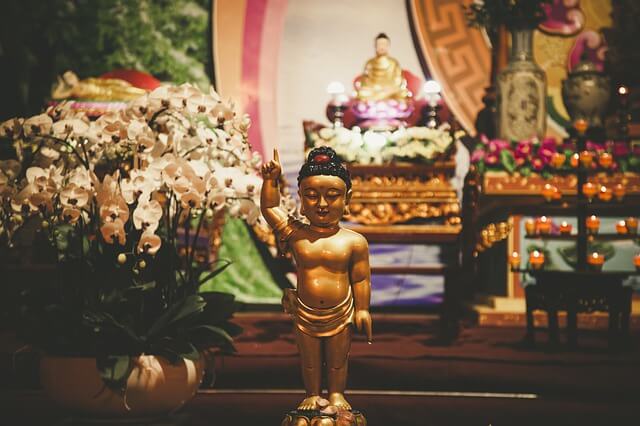 Sarnath is famous for being the place where the Buddha delivered his first sermon. On Vesak day, a large fair is organized in Sarnath that attracts a large number of people. The relics of the Buddha are presented for a public display in a procession. Apart from this, the devotees risk offering their prayers in the Buddhist temples of Sarnath. They offer fruits, flowers, candles, etc. to the Buddha statues, and reaffirm their faith in the practice of Buddhism. The monks participate in prayers, sermons, recitation of Buddhist scriptures. There are many other important religious activities that pay respect to the Enlightened One. Buddhists believe that doing good deeds on Vesak Day would multiply merit many times.

At night, Buddha statues light up and the day often ends with candlelit processions through the streets.