What is the easter rising? What happen on 1916 in Ireland? Easter Rising 1916 facts and history info.

EASTER RISING; in Irish history, the climax in 1916 of a long series of revolutionary struggles in Ireland. The outbreak of World War I in 1914 furnished an opportunity for revolt against Enfurnished rule. Three local forces combined to making the rising possible: (1) the Irish Republican Brotherhood, which was responsible for the military planning and whose leaders included Tom Clarke, the last of the Fenians, and Patrick Pearse; (2) the Irish Volunteers, numbering about 16,000, led by Eoin MacNeill and Pearse and armed with German weapons smuggled into the country at Howth in July 1914; and (3) the Citizen Army of about 200, formed by James Connolly from the Dublin workers after the collapse of the 1913 general strike. 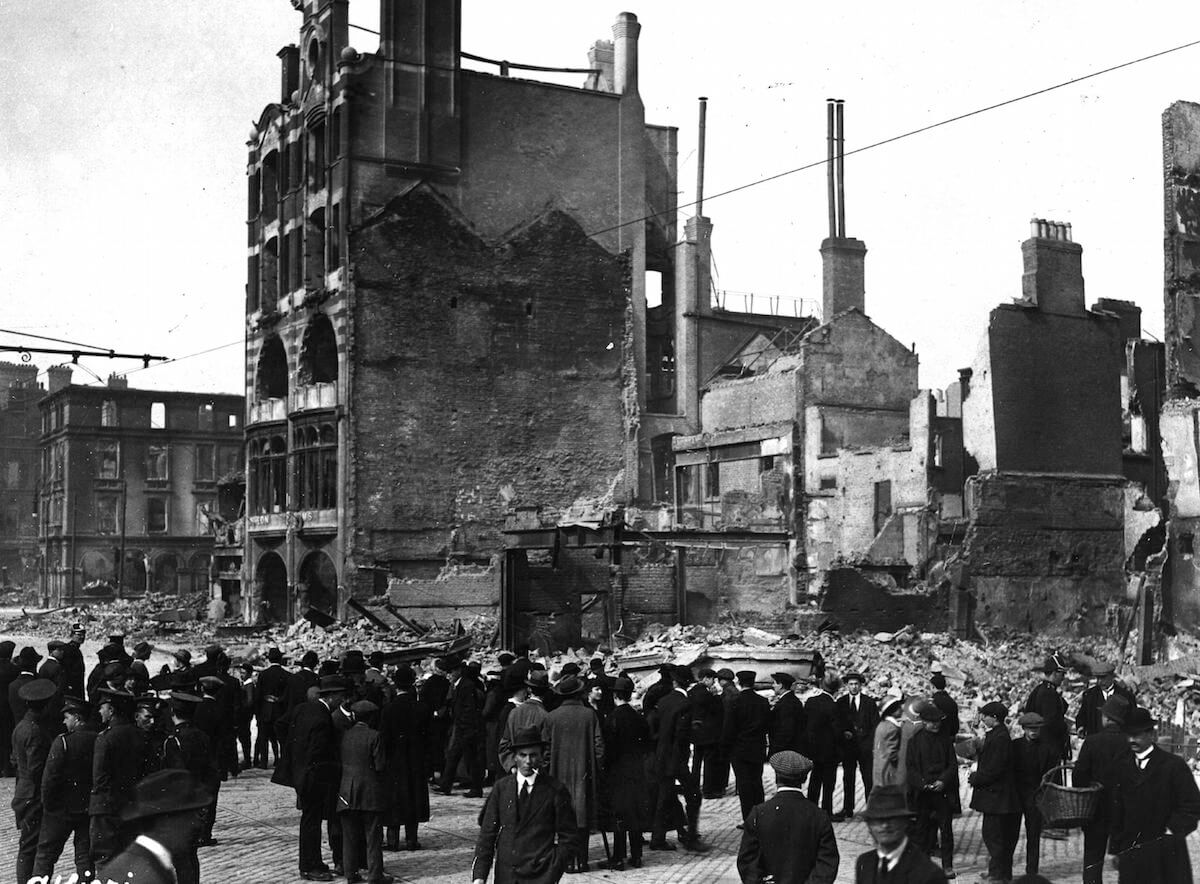 Pearse, the main inspiration of the rising, realize d that it had no chance of ultimate success, but he hoped that if it could be sustained for two or three weeks, world opinion and especially American opinion-would be mobilized on behalf of Ireland. Yet even for that limited goal two conditions were necessary and neither was fulfilled. One was the acquisition of additional arms from Cermany, the other was that the rising should be nationwide.

To obtain weapons, Sir Roger Casement had gone to Germany in 1914. He gradually became convinced that sufficient German aid would not be forthcoming, and in April 1916 he returned to Ireland in a U-boat to urge that the rising be canceled. On Good Friday, April 21, he was arrested soon af ter landing at Banna Strand in Kerry and was sent to London. The Germans actually did send a ship, the Aud, with a cargo of obsolete Russian rifles, but the British admiralty had broken the German naval code and intercepted the Aud off the coast of Kerry. 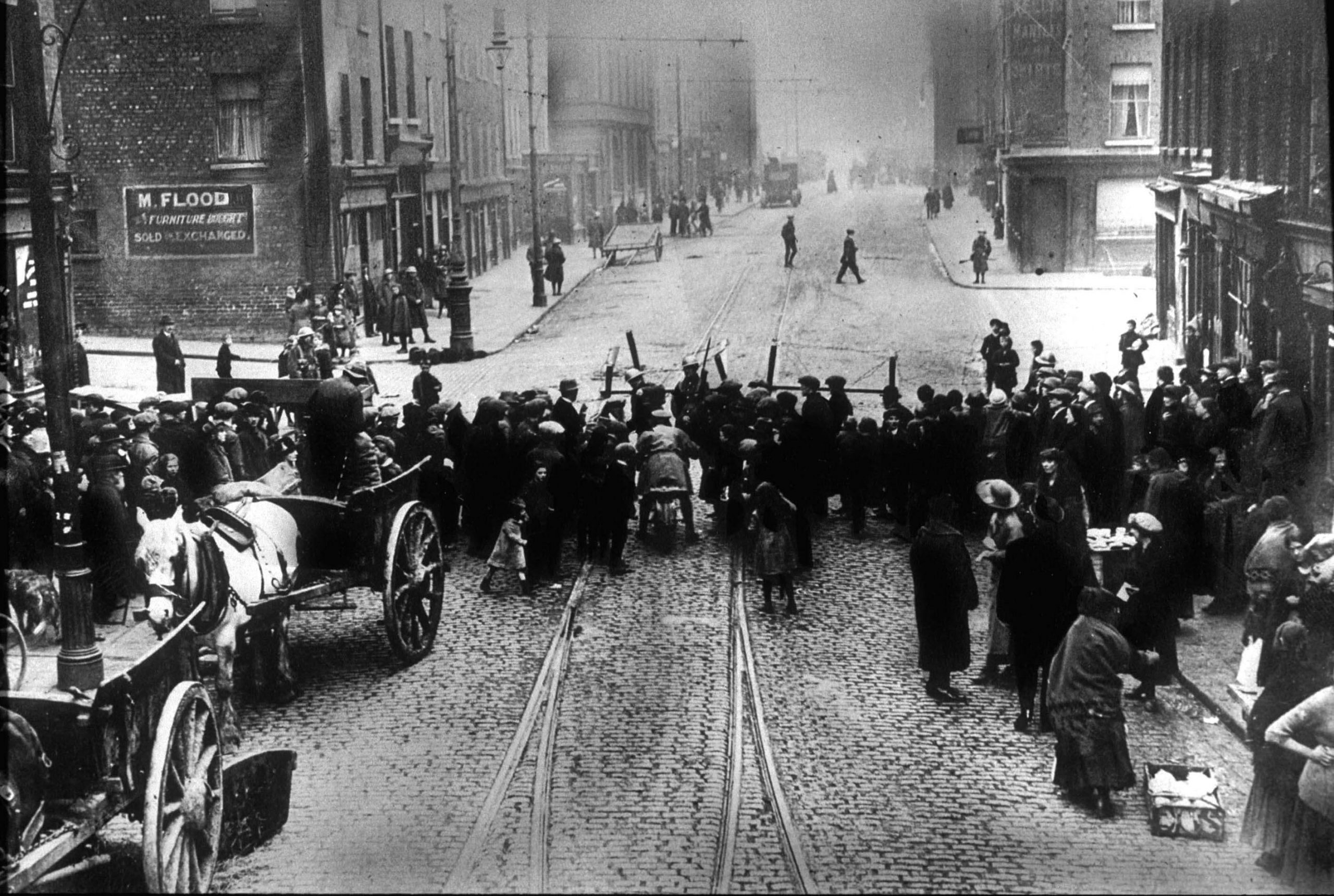 When news of Casement’s capture reached MacNeill, he canceled the mobilization of the Volunteers ordered for Easter Sunday. Despite the confusion, Pearse, Connolly, and Clarke were resolved to proceed with the rising-but it had to be postponed one dayand was limited in operation to Dublin.

On Easter Monday, April 24, about 1,500 Volunteers and 200 men from the Citizen Army seized key points in Dublin. From headquarters at the General Post Office they issued a proclamation, written by Pearse, that established an lrish republic and a provisional government. Pearse was declared president and commander in chief. The proclamation was signed by seven men-Clarke, Pearse, Connolly, Thomas MacDonagh, Sean MacDermott, Eamonn Ceannt, and Joseph Plunkett-each of whom was signing his own death warrant.

The insurgents fought with bravery and chivalry, but they had no artillery and were heavily outnumbered. Within 48 hours some 5,000 British soldiers were in Dublin. Artillery battered the rebel positions; their ammunition was soon exhausted; and after six days Pearse surrendered, on Saturday, April 29.

About 450 people were killed in the rising and more than 2,500 wounded. Most were civilians. Some 56 Volunteers and 130 British soldiers died. Much of Dublin was destroyed. Between May 3 and 12, 15 leaders of the rising were shot, and 75 others were condemned to death (their sentences were later commuted). About 2,000 Irishmen were deported to England. 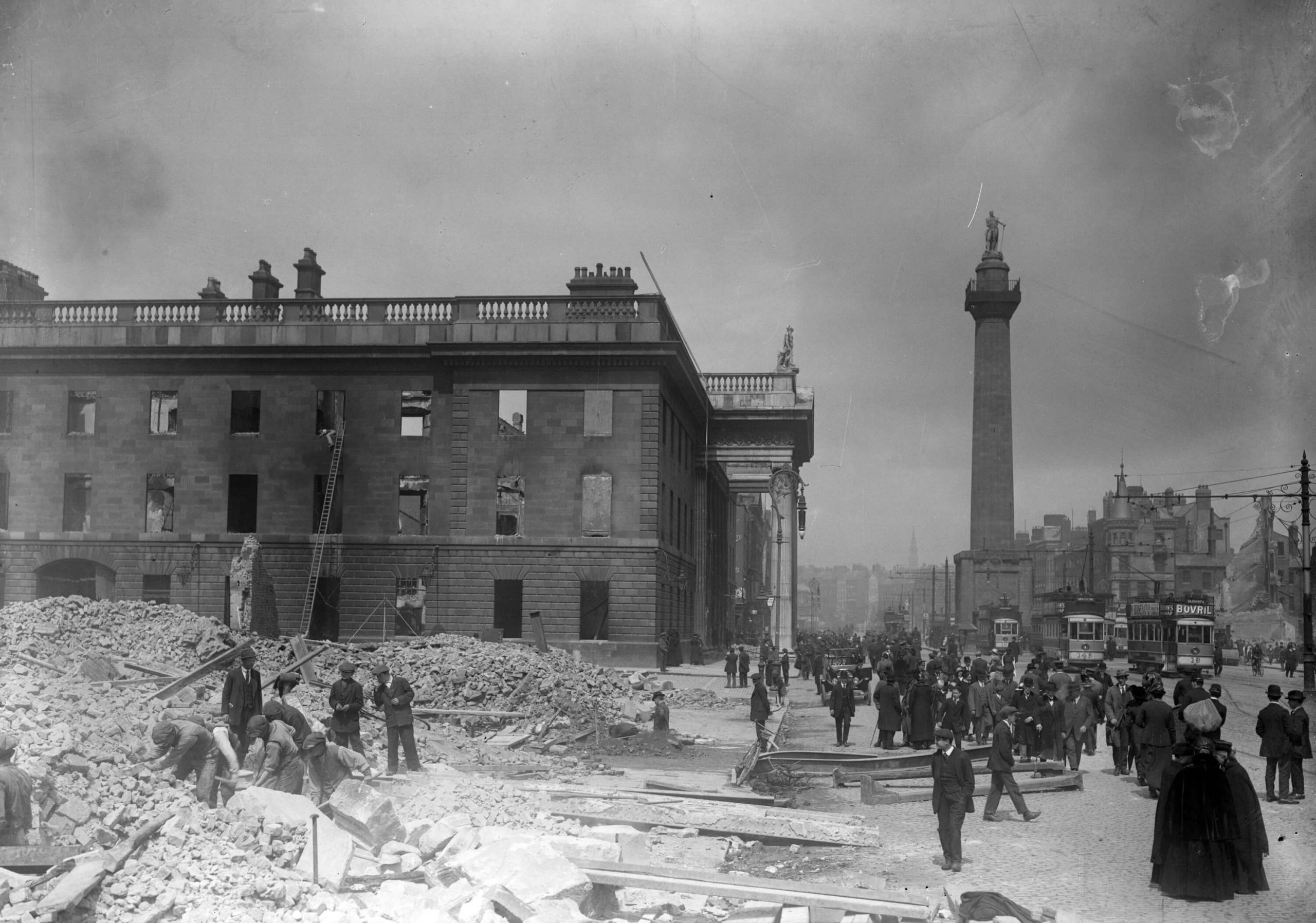 The rising had been unpopular in Dublin, but the protracted executions caused a revulsion. As Pearse had foreseen, the leaders became martyrs. Casement’s execution in London on August 3 intensified the sentiment. In the next election (1918), Sinn Fein (Republicans) swept the country, and on Jan. 21, 1919, the republic was again proclaimed. After 30 months of fighting, the British evacuated southem Ireland in 1922 and handed over the government to the Free State. The rising was vindicated.