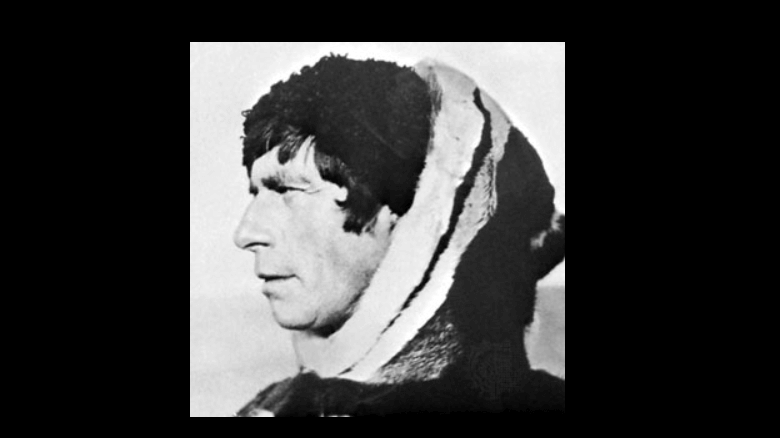 The fact that Rasmussen grew up among Eskimos, spoke their language perfectly, and learned their traveling techniques was decisive for his life and work. He began his career as an Arctic explorer in 1902-1904 as a member of the Danish Literary Greenland Expedition to the Thule district. Seeing that the Thule Eskimos were badly in need of white men’s goods, to which they had become accustomed through their contact with Robert Peary, he established in 1910 a trading post called Thule, which later served as a base for and partly financed the seven Thule expeditions. The first of these took place in 1912, when Rasmussen, Peter Freuchen, and two Eskimos crossed the inland ice to Peary Land. On the 2d Thule Expedition (1916-1918), Rasmussen, Lauge Koch, and the Swedish botanist Thorild Wulff with four Eskimos explored the northernmost part of Greenland.

On their way back across the ice cap, they encountered great difficulties, and Wulff and one of the Eskimos were lost. Rasmussen did not take part in the 3d Thüle Expedition, but on the 4th, in 1919, he went to Angmagssalik in east Greenland, where he made folkloristic studies and laid the foundation for his Myter og sagn fra Grönland (3 vols., 1921-25; Myths and Legends from Greenland). The Sth Thüle Expedition 1921-1924) marked the climax of his Arctic explorations. From headquarters near the Melville Peninsula, Rasmussen and his men, notably Kaj Birket-Smith and Therkel Mathiassen, studied the ethnology, archaeology, and folklore of the Eskimos in eastern Arctic Canada. With two Thüle Eskimos, Rasmussen made the long journey to the Bering Strait by dog team, visiting and studying almost all the Eskimo groups en route. In 1931-1933, he was in charge of the 6th and 7th Thüle expeditions, which went to east Greenland and were to be his last.

Rasmussen was an excellent and prolific writer. Besides his scientific papers, of which he wrote eight on the work of the Sth Thüle Expedition and for which he received honorary doctor’s degrees from the University of Copenhagen and St. Andrews University, he published several popular books, among them Fra Grönland til Stillehavet (2 vols., 1925-26; Eng. tr., Across Arctic America, 1927).