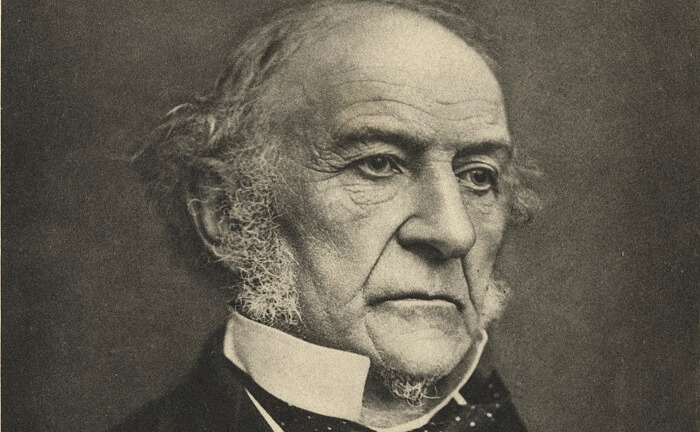 William Gladstone was Prime Minister four times during the reign of Queen Victoria. He was born in Liverpool, where his father was a prosperous merchant, and all his life he spoke with a slight Lancashire accent. His mother was Scottish.

He said rather sadly about his boyhood, “I was not a popular boy”. He was educated at Eton College (where his best friend was Arthur Hallam, whose memory is kept alive in Lord Tennyson’s poem In, Memoriam) and at Oxford University.

As a young man, Gladstone had two interests, Conservative politics and the Church of England. He nearly became a clergyman, but instead entered the House of Commons in 1833, and a year later he had a small post in Robert Peel’s Conservative government. Later, Gladstone became known as an expert on business matters, and paved the way for free trade (trade without customs duties) in 1846. 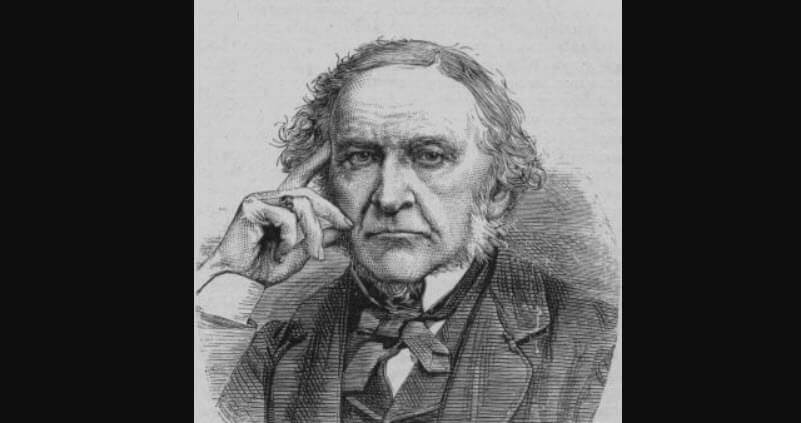 Gradually Gladstone changed from being a Conservative to being a Liberal. Between 1852 and 1866 he was twice Chancellor of the Exchequer, and did his best to get rid of income tax, at one time getting it down as low as three-pence in the pound. He thought economy a great virtue and practised it himself, always using a postcard instead of a letter when he could.

In the next five years there was much trouble in Ireland, and Gladstone decided that the Irish must be given Home Rule; that is, be allowed to govern themselves. Gladstone was Prime Minister twice again, in 1886 and for two years from 1892, but could not bring about Home Rule. He retired in 1894, when he was 85 and died in 1898.

Gladstone, who was known as the “Grand Old Man”, was rather solemn and very much in earnest, not only over politics but over classical studies, religion, tree-felling and book-collecting. When criticized for changing his views, he replied “I have been a learner all my life”. Unfortunately Queen Victoria disliked him, thinking he was violent and dangerous, and she was friendly towards Disraeli.