Smollett was born in Dalquhurn, Dumbartonshire, Scotland, in March 1721, into a distinguished family, whose seat was at Bonhill, near Dumbarton, in the picturesque valley of the Leven River. His grandfather, Sir James Smollett, represented Dumbarton in the old Scots parliament and helped frame the act of union with England in 1707. Sir James’ youngest son, Archibald, married Barbara Cunningham. They had three children. The youngest, Tobias George, was christened on March 19, 1721. Two years later, Archibald Smollett died, leaving his wife and children dependent upon their grandfather, Sir James.

After attending school at Dumbarton, Smollett entered the University of Glasgow, where he undertook the study of medicine. At the same time, he was apprenticed to John Gordon, a Glasgow physician and apothecary. In 1739, following three years of study, Smollett set out for London without a degree. Earlier that year he had written a play, The Regicide, based on the murder of James I of Scotland. In London he submitted the play to George Lyttelton, the famous patron of letters, who may have passed it on to David Garrick. However, the play was not suitable for staging and was never produced.

Shortly thereafter, Smollett entered the British Navy as a surgeon’s mate. He participated in Adm. Edward Vernon’s expedition against Cartagena (now in Colombia) and against Spanish sea power in the West Indies. During a stay in Jamaica, Smollett fell in love with Anne Lassells (or Nancy Lascelles), the beautiful daughter and heiress of an English plantation owner. They were married in 1742 or 1743.

Back in London by 1744, Smollett began to practice surgery. From time to time he wrote odes and satires. His Tears of Scotland, composed in 1746, was occasioned by the cruelties practiced by the English against the Scots at the Battle of Culloden. The poem awakened wide popular sympathy for “helpless Caledonia.” 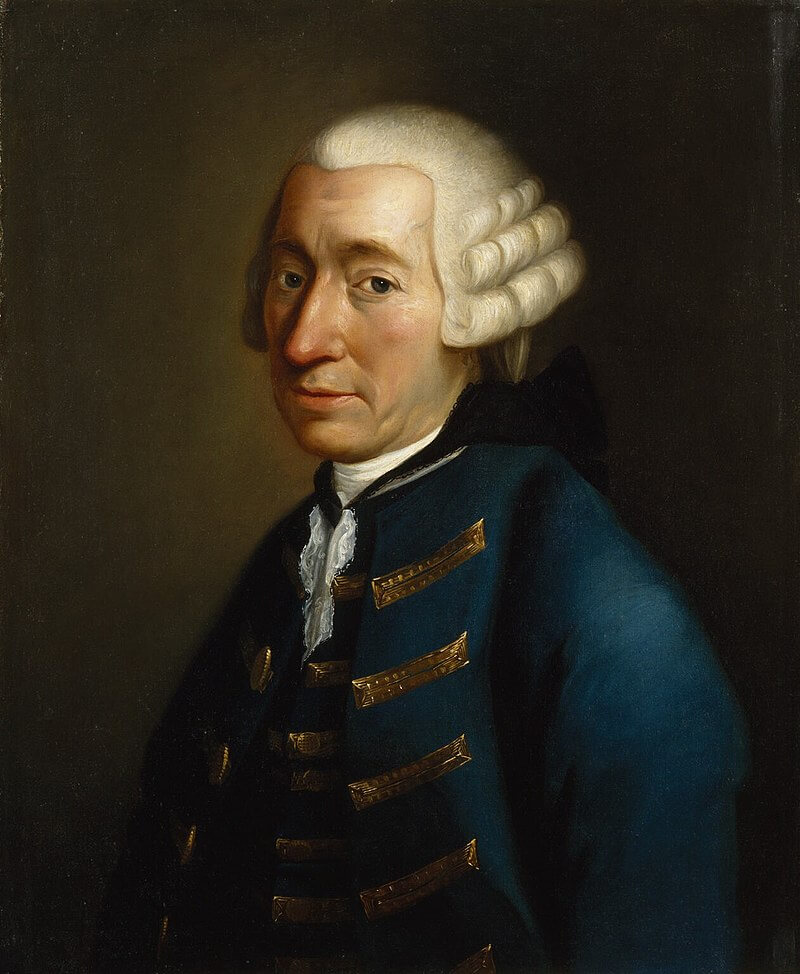 In 1748, Smollett suddenly became a literary sensation with the publication of his first novel, The Adventures of Roderick Random, a tale of adventure on land and sea. The story followed in general outline the career of Smollett himself after he left Dumbarton. Even with only half its considerable literary merits, the novel would have been read for its colorful personalities and its fierce exposé of the dreadful conditions existing in the British Navy. By the next year, Roderick Random was popular enough to float an edition of Smollett’s old play, The Regicide.

In 1749, Smollett published a translation of Alain Lesage’s novel Gil Bias, originally published in French between 1715 and 1735. During a trip to France in 1750, Smollett worked on his next novel, The Adventures of Peregrine Pickle (1751). Although brilliant and lively, the novel all too clearly revealed Smollett’s hatred and distrust of his rivals in arts and letters. Peregrine Pickle contained such brutal attacks on Lyttelton, Garrick, the poet Mark Akenside, and the novelist Henry Fielding that critical opinion compelled Smollett to eliminate the attacks from the second edition.

In 1750, Smollett had finally obtained a medical degree from the University of Aberdeen, and, following his return to England from France, he tried to establish himself as a doctor at Bath. Failing to gain patients, he returned to London and took an Elizabethan mansion in Chelsea.

During the next 10 years, Smollett produced an enormous amount of work. A novel, The Adventures of Ferdinand Count Fathom (1753), was followed by a translation of Cervantes’ Don Quixote (1755). In 1756 he published A Compendium of Voyages in seven volumes. In the next year, his play The Reprisal, or the Tars of Old England was produced at the Drury Lane Theatre by Garrick. Within a period of 14 months, Smollett wrote a complete History of England (1757-1758) in five volumes. Bevised, enlarged, and issued in sixpenny parts, Smollett’s work threatened for a time to drive David Hume’s History of England from the market.

Smollett was also active as a journalist and editor. He assumed the editorship of the monthly Critical Review on its founding in 1756. One of the many slashing articles he wrote for this magazine was directed against Adm. Charles Knowles and led to a short imprisonment for defamation of character. Smollett also edited The British Magazine, in which his novel The Adventures of Sir Launcelot Greaves (1762) first appeared in serial form. This manner of publication was an innovation. Smollett’s career as an editor ended with the short-lived Briton (1762), an organ of the Tory party.

Under the pressure of work and of grief at the death of his only daughter, Smollett’s health broke down. He and his wife left England, and from 1763 to 1765 they lived on the Continent, mainly in southern France and Italy. On his return he published Travels Through France and Italy (1766), which displays much common sense, notwithstanding Laurence Sterne’s ridicule of it in his A Sentimental Journey. The Travels out of the way, Smollett visited Edinburgh, where his mother was still living, and then went to Glasgow and the romantic scenes of his childhood.

After a brief sojourn in Bath at Christmas in 1766, Smollett was back in London writing The History and Adventures of an Atom (1769), a savage satire on English politics after 1754. Completely broken in health after this effort, he hastened to Italy, where he settled in a villa near Leghorn. There he wrote his last and greatest novel, The Expedition of Humphry Clinker (1771). This comic masterpiece was based on his recent tour of England and Scotland and probably planned during his stay at Bath. Although he saw it in print, he did not live to enjoy its great reception. Smollett died near Leghorn on Sept. 17, 1771, and was buried in the English cemetery there.

Smollett was a man of rugged honesty. His irritable temperament, about which so much has been written, showed itself in his books rather than in his relations with friends. Visitors at Chelsea were surprised at his “polished and agreeable manners and the great urbanity of his conversation.” His cynicism had the saving grace of humor. When he began his History of England he was a Whig, but further along in the writing he turned Tory, as the Whig ministers, on close examination, proved to be “a set of sordid knaves.” On the whole, however, his histories, compendiums, and translations had no lasting value. 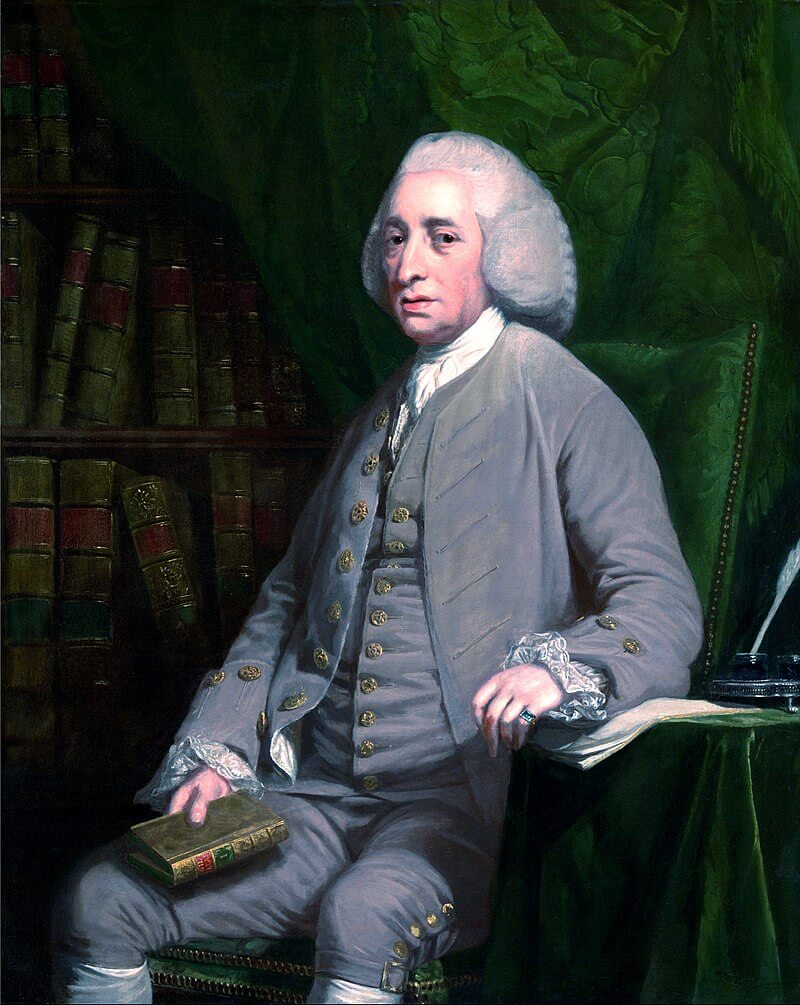 At first glance, Smollett seems to have added nothing to the art of fiction. Instead of learning from Richardson and Fielding, he went back, as he himself said, to the loose narrative of Lesage, which permitted innumerable digressions and episodes. He even went so far as to incorporate, for a fee, the lewd memoirs of the notorious Viscountess Vane into Peregrine Pickle. Also, some critics have complained that Smollett’s work is too closely derived from his personal experiences to be regarded as the highest art.

All this may be granted. But there is another side. In his early years, Smollett cultivated verse satire. Had he been born a generation or two earlier, he would have been of the company of Pope and Dryden. Instead, practicing the art of fiction, he was a founder of the satirical novel. His work has immense scope, for it includes men, manners, art, and politics at home and abroad. In Count Fathom may be discovered the beginnings of the Gothic romance afterward practiced by Horace Walpole and Ann Radcliffe. And Humphry Clinker, according to William Thackeray, “the most laughable story that has ever been written since the goodly art of novel writing began,” brought into fiction the spirit of fun, later associated with Charles Dickens.